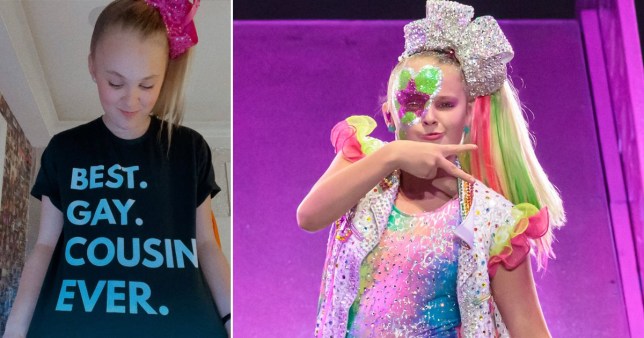 JoJo Siwa is set to appear on the Tonight Show with Jimmy Fallon this week (Picture: REX, Twitter/itsjojosiwa)

JoJo Siwa has revealed her excitement as she prepares to make her first late-night TV appearance since she chose to come out last month.

Taking to Instagram Stories, the 17-year-old shared a post confirming she would feature on the show on Wednesday evening.

‘So excited’, she wrote alongside a cloud and purple heart emoji.

The singer first sparked speculation that she was coming out by lipsyncing to the lyrics ‘no matter gay, straight or bi’ from Lady Gaga’s Born This Way, and confirmed the news by wearing a t-shirt reading: ‘Best gay cousin ever.’

‘Right now, I’m super duper happy and I want to share everything with the world, I really do, but I also want to keep things in my life private until they are ready to be public. 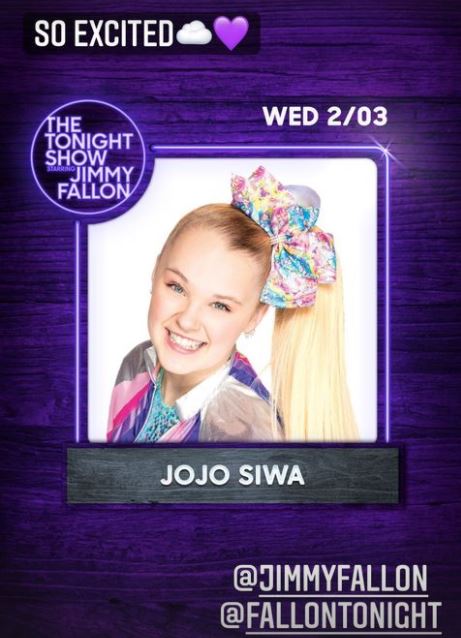 The duo will have a catch-up on Wednesday evening (Picture: JoJo Siwa/Instagram)

‘Right now what matters is that you guys know that no matter who you love, that it’s okay and that it’s awesome and the world is there for you.’

Despite a mainly positive response from the world, some people felt the need to leave negative comments on Jojo’s video in which she explained that she is the happiest she’s ever been after coming out as part of the LGBTQ+ community.

One of the comments, from a woman who appears to have since deleted it, read: ‘My daughter will never watch you again.’

JoJo wasn’t bothered though as she simply replied: ‘Okay!’

Over the past decade, the teen has created an empire from her YouTube channel, which has 12 million subscribers, making millions off the back of her hair bow line and selling out concerts around the world.