Joe vs Carole: Who is in the cast and are they based on real people?

Set for another helping of Tiger King drama? (Picture: Peacock)

The frenzied interest in these figures and their fascinatingly odd lives was only boosted by Exotic’s 21-year prison sentence on animal abuse and a murder-for-hire charge too.

Since the original series premiered in March 2020, there has been a special and two further series, while other projects have also been inspired, including documentarian Louis Theroux, who revisited previous unseen footage with Joe Exotic for a new programme.

Joe vs Carole, based on the second season of Wondery’s Over My Dead Body podcast, is set to delve into the backstories of the main Tiger King players, exploring just how everything came to pass.

But who can we expect to see in the series?

Who is in the cast of Joe vs Carole?

Viewers are in for a treat with some pretty juicy casting for Joe vs Carole.

John Cameron Mitchell, best known for Hedwig and the Angry Inch, as well as appearances on Shrill and The Good Fight, will tackle the role of Joe Exotic.

Reflecting on his similarities with Exotic, both being queer men, Mitchell told Digital Spy: ‘He’s my age. He’s from the same part of the country that I grew up in, and the worst thing you could be as a boy was ‘like a girl’’, adding that it was ‘more acceptable to be a murderer’.

Saturday Night Live star Kate McKinnon also offers an intriguing choice as she takes on the role of queen of the ‘cool cats and kittens’, Carole Baskin. 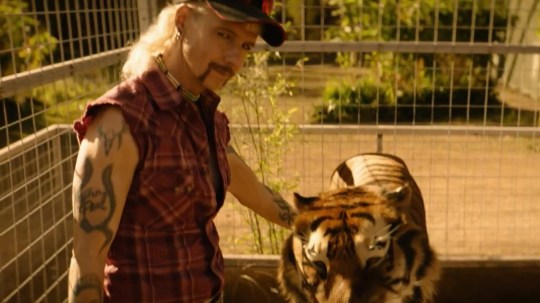 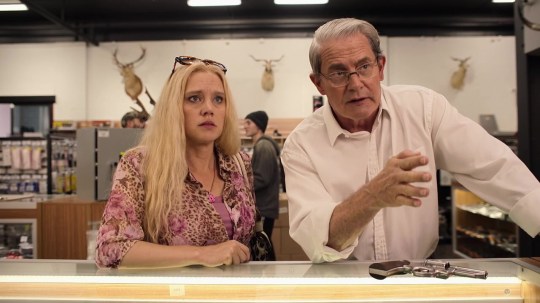 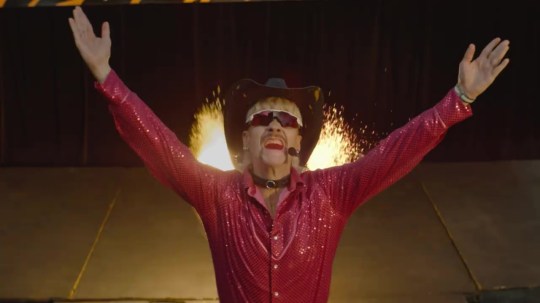 A whole host of recognisable faces from Tiger King will pop up in Joe vs Carole (Picture: Peacock)

Are the Joe vs Carole characters based on real people?

All the Tiger King characters you will recognise in Joe vs Carole are, of course, playing the real people seen on the original documentary.

As a dramatized mini-series though, a little artistic licence has been used, with a disclaimer that mentions certain parts having been ‘fictionalised solely for dramatic purposes’. 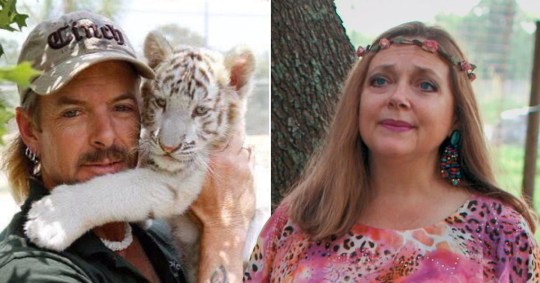 It’s also worth bearing in mind that the show also takes its inspiration from the Over My Dead Body podcast, which explored the furry feud, than the Netflix sensation, which debuted seven months later.

Joe vs Carole is streaming on Peacock from March 4, exclusively on Sky and NOW.