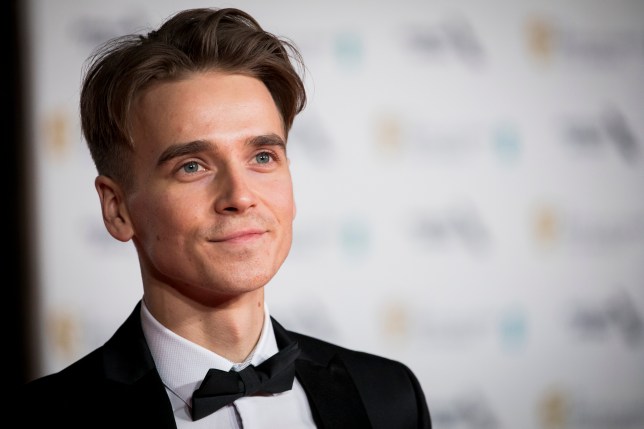 Joe Sugg has landed his first ever TV acting role, with the YouTube personality set to star in the new series of BBC One’s The Syndicate.

Joe will play an aspiring rock star in his first TV acting role on the drama, which follows the lives of people who have won the lottery.

Joe’s character Sam is the boyfriend of lottery winner Roxy, played by Taj Atwal, who dreams of becoming a global star but currently lives at home with his parents.

While Roxy hopes they can move in together and start a family, Sam instead hopes to embark on an unorthodox money-making scheme.

The newly revealed picture of Joe in the role sees him with a denim jacket and a guitar case, looking every inch the wannabe rock star.

Posting on Instagram, Joe said: ‘The countdown to series 4 of @bbcthesyndicate is on! This is a pic of me as my character Sam.’

His sister, fellow YouTube star Zoe, commented: ‘I’m SO excited for this! One of my fave tv series.’

The role marks Joe’s first screen acting role, but he’s not stranger to TV having previously competed on Strictly Come Dancing in 2018 where he reached the final.

He also met his now-girlfriend, Strictly professional Dianne Buswell, with whom he was partnered on the show.

Joe has also appeared on the likes of Would I Lie To You and The Great Stand Up to Cancer Bake Off, as well as appearing in the West End show Waitress. 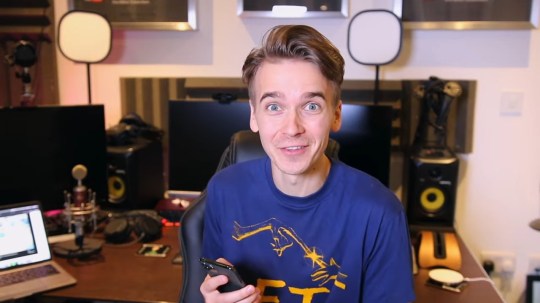 Joe has previously acted on stage in the West End (Picture: YouTube/ThatcherJoe)

The fourth series of The Syndicate was announced back in February 2020 after five years away. A release date has yet to be confirmed.

Meanwhile, Joe and girlfriend Dianne recently took the next step in their relationship and bought their very first home.

The YouTube star, 29, and dancer Dianne, 31, shared a ‘little life update’ with their fans on Instagram, after securing their house.

It came after Joe and Dianne were forced to cancel their joint tour due to the coronavirus pandemic.