Jo Whiley feared that her sister would die amid her battle with coronavirus.

The BBC Radio 2 DJ recently shared her shock that she had been offered the Covid-19 vaccine ahead of sibling Frances, who is in the vulnerable category as she has learning difficulties and genetic syndrome Cri du Chat.

Shortly after, Frances contracted coronavirus and was taken to hospital when her symptoms worsened, with her loved ones discussing ‘end of life scenarios’ at one point.

Appearing on Channel 4 News, the 55-year-old explained that her sister is now recovering.

‘It’s just so amazing to hear her voice again, to hear this incredibly robust, loud, noisy sister that I’ve grown up with all my life, bellowing down the phone to me once again is the best sound in the world,’ she said.

‘She’s doing good and we’re in a place that, five days ago, I never thought we’d be. We thought it was all over. 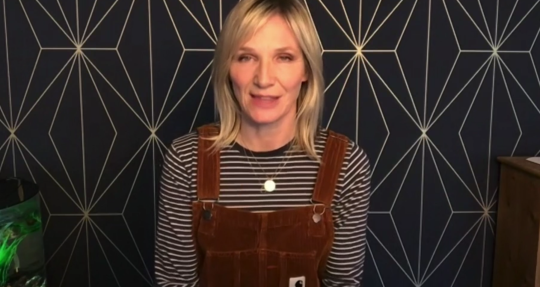 Jo revealed they ‘thought it was all over’ as her sister became ill (Picture: Channel 4)

Jo told the host that Frances lived in a residential setting, with all six residents contracting coronavirus, as well as their carers.

One of her sister’s friends died yesterday, following an ‘awful battle’. 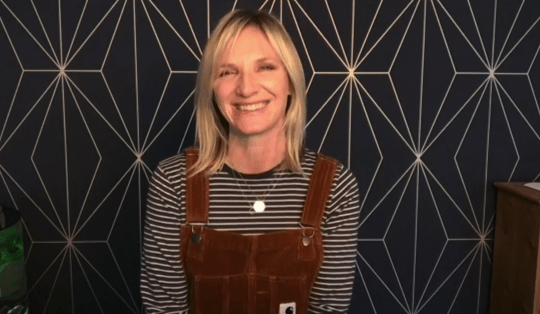 Jo is thrilled that Frances has made a ‘miraculous recovery’ (Picture: Channel 4)

‘We just couldn’t quite comprehend what was going on, and that it had come to this. And so quickly as well. That’s the really shocking thing.

‘Then to see this miraculous recovery. I mean, Frances is made of some kind of superhuman strength inside her. I can’t believe she is where she is now.’

Discussing Frances’ illness, Jo opened up about feeling as though they had ‘failed’ Frances as a family, and that the system overall hadn’t protected her and others in the same situation.

Speaking about her issues, the DJ vowed to always protect those who can’t fight themselves. 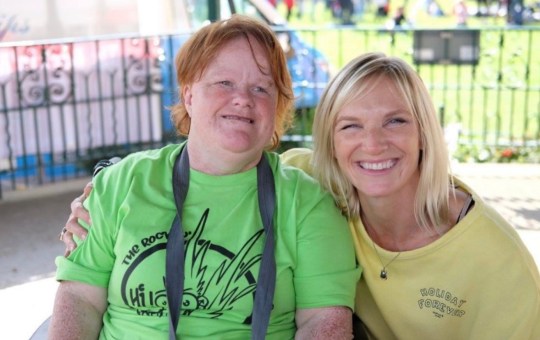 ‘When I was raging with terror in the middle of the night about Frances, I just felt like we’d failed her,’ she said. ‘I felt like everybody had failed her, and all people like her with a learning disability.

‘We’d let them down every step of the way, we hadn’t protected them, we weren’t speaking up for them, we weren’t fighting for them. And that’s why it’s so important to me to battle, to make a noise, because they can’t do it themselves.

‘They completely rely on us and that’s what we have to do. I’m going to carry on doing that from here on in, because it’s not fair.

‘We can’t let it carry on. We have to fight for them.’

The government has now changed its policy on the coronavirus vaccine, to prioritise people with learning disabilities, something the star is ‘relieved’ about.

Discussing the update on BBC News earlier today, she added: ‘This is a great day, I am so relieved. I’m so happy for all those people who have been living in fear.

‘I’m very grateful to the government for listening because it’s a very complicated situation and it’s very difficult to categorise people according to their disabilities … it’s very, very tricky and that has become apparent over the last few months.’