Jimmy Kimmel has responded to Donald Trump‘s bid to become US President again in 2024, likening him to “herpes”.

Trump served one term as the 45th President of the United States between 2017 and 2021. He was succeeded by Joe Biden, who won the US election in November 2020 before being inaugurated the following January.

Earlier that month, some of Trump’s supporters clashed with police and stormed Washington’s Capitol Building in protest against his defeat. It was just one of numerous controversies that defined Trump’s tenure, and led to him being impeached for “inciting” violence.

During a speech at his Mar-a-Lago estate in Florida last night (November 15), the former POTUS said: “In order to make America great and glorious again, I tonight am announcing my candidacy for President of the United States.”

As BBC News notes, he’ll be only the second President in US history to succeed in winning two non-consecutive terms should he clinch victory. 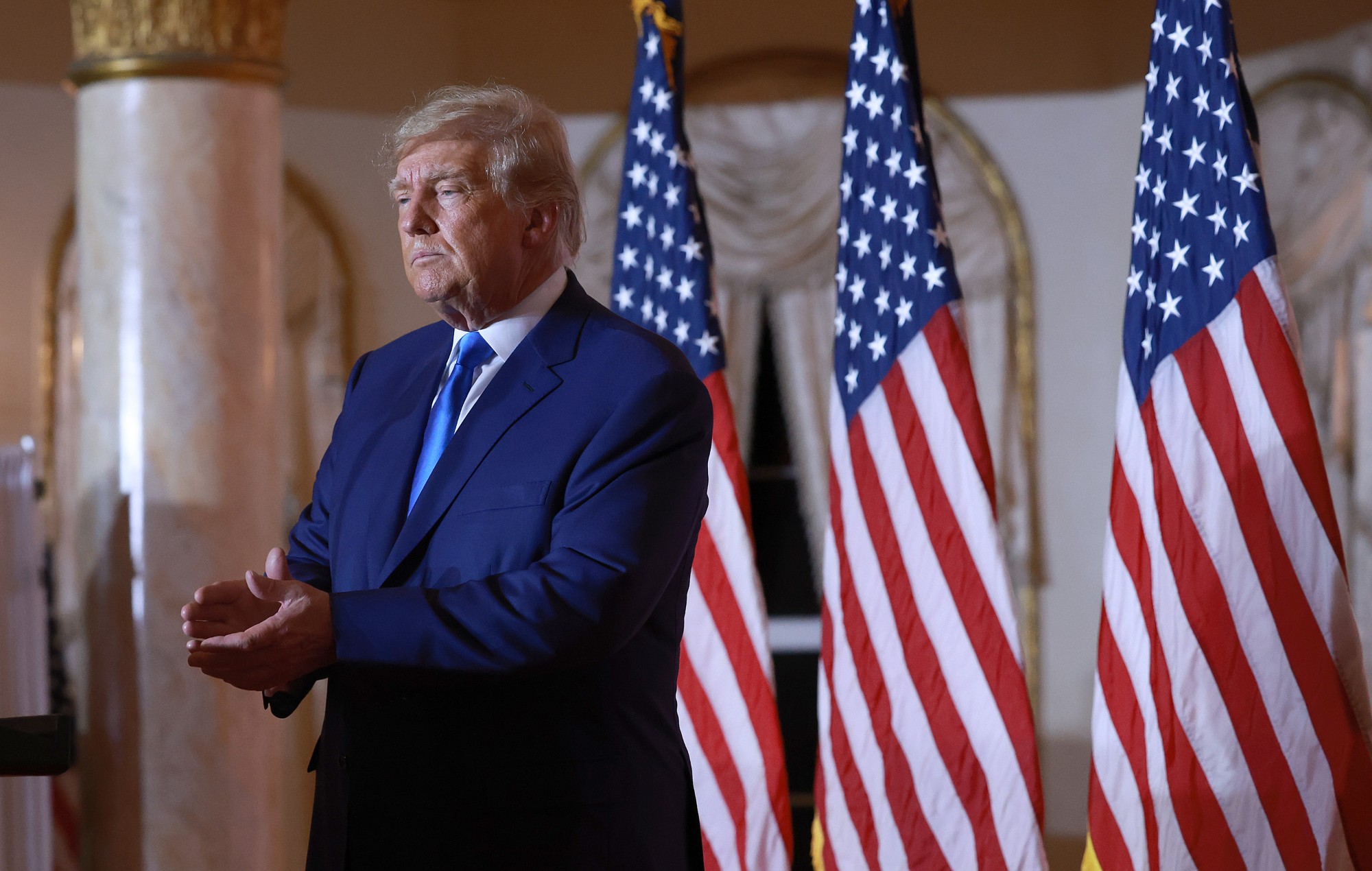 To do so, Trump would first be required to win the Republican Party’s nomination. However, other candidates are expected to run for it.

Trump’s fresh bid for the White House comes a week after the 2022 midterm elections in the US, which saw a lacklustre performance from Trump-endorsed Republican candidates. Following the midterm election results, Trump’s advisers had reportedly urged the ex-President to delay announcing a 2024 candidacy.

On last night’s episode of ABC chat show Jimmy Kimmel Live!, host Kimmel joked that Trump is in the running “to become the first American to lose the popular vote three times in a row”.

“There have been a lot of times Trump said something was gonna be big and it wasn’t,” he continued. “Just ask Stormy Daniels.” (Kimmel’s comment was a nod to Daniels’ past claim that Trump has “an unusual penis”).

He added: “Trump has been reportedly interviewing staffers for his campaign, which is fun to imagine. This is the only job interview where they wanna make sure you are crazy before they hire you.

“A lot of Republicans wish that this monster they helped create would go away, but he just keeps coming back. He’s like herpes – once your party has them, you can’t get rid of them. All you can do is try to shorten the outbreaks.”

Later, Kimmel turned his attention to Mike Pence, who served as Vice President under Trump. Watch the video in full above.

Biden, meanwhile, said that “Donald Trump failed America” while sharing a video in which the current POTUS accused him of “rigging [the] economy for the rich”, “attacking health care”, “coddling extremists” and “attacking women’s rights”.

Trump spoke on various topics during last night’s announcement, first declaring that the Republican party took “decisive action” at the height of the COVID-19 pandemic. Later, he said that Russia’s war in Ukraine would “never have happened” if he were President. He also claimed that he kept China, Russia, Iran, and North Korea “in check”.

Meanwhile, The Simpsons producer Al Jean has pointed out that the show has “predicted the future” again, having correctly guessed that Donald Trump would run for President in 2024.