James Jordan shaved his head live on television to raise money for charity in memory of his father, who died of a brain tumour.

The former Strictly Come Dancing professional, 43, appeared on Loose Women on Tuesday with a great mane of long hair, before wife Ola Jordan, 38, took the clippers to it live on the show.

James revealed he had been growing his hair out of ‘superstition’ while his dad was ill, before his father Allan died in March.

He decided to go for the chop to raise money for The Brain Tumour Charity as it has become a cause close to his heart.

Speaking on the show, James revealed: ‘It became a bit of a superstition that I kept my hair long all the time that he was alive and doing well.

‘Obviously with lockdown at the beginning I wasn’t able to get my hair cut and then for some reason, I’m not normally superstitious, I didn’t want to cut my hair because I felt if I did, something bad was going to happen. 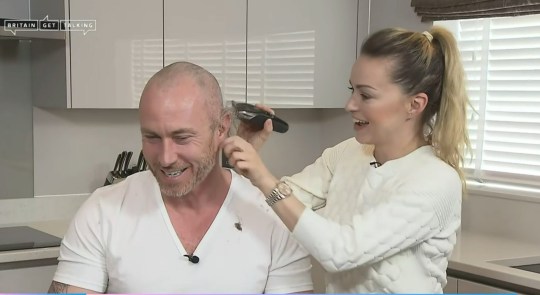 James Jordan braved the shave for a great cause (Picture: ITV/REX)

James had been growing his hair throughout his dad’s illness (Picture: ITV/REX)

‘And now I want to use it as a positive to hopefully raise awareness to brain tumours and the charity.’

James had revealed last July that his father had been diagnosed with terminal cancer after initially being misdiagnosed with a stroke after suffering seizures.

He revealed in March 2021 that his dad had died, writing: ‘My dad became an angel at 8:05am. I will forever miss him. He will always be my hero. RIP Daddy.’ 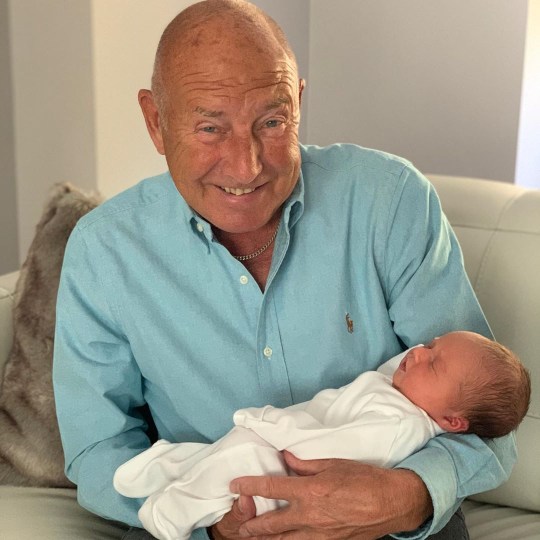 James had told his followers the day before: ‘No one should have to go through what my family are watching my dad go through.

‘I pray to God that you come through soon and make him one of your angels. He has his bags packed and is ready to go and see his mum and dad again. My dad is my hero. @BrainTumourOrg needs your support.’

Following the hair transformation, James was asked what his one-year-old daughter Ella thought of his new look, to which he replied: ‘She has done a runner! I don’t know if that is good or not, she might not recognise me. She is a bit confused.’

James had previously spoken about his plans to shave his head to fundraise for The Brain Tumour Charity, saying on Instagram: ‘Would mean the world to me if you support @thebraintumourcharity in memory of my father Allan Jordan.

‘I will be shaving my hair completely on the 13th April, one week before my father’s funeral. Please give whatever you can.

‘Brain tumour treatments haven’t moved on in 30 years and that has to change. Brain tumours are the biggest cancer killer in children and adults under 40 but out of 600 million pounds raised in the UK each year less than 3% is spent on this cancer.’

He added in the video: ‘A brain tumour takes away that person’s identity a lot. I don’t want any of you guys to go through what my father went through and what my family went through.’