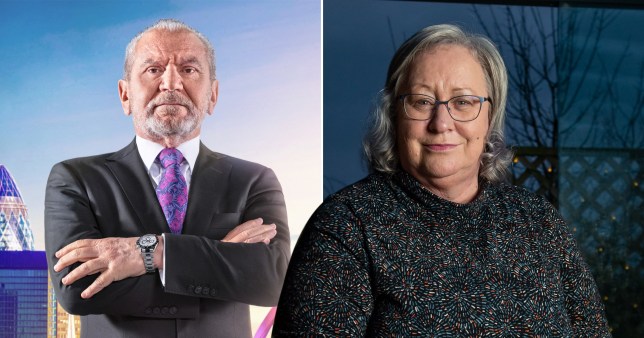 Jackie Weaver has spoken out against Lord Alan Sugar, accusing The Apprentice of ‘bullying and shaming young people’.

The businessman, who has fronted the show for 15 years, shared a link to for hopefuls to apply for the series, where candidates battle to win a coveted business partnership with the star, writing on Twitter: ‘Applications will be closing soon for this year’s #TheApprentice.

‘If you have a great business plan and reckon you can handle the heat in The Boardroom, apply here.’

Jackie, who recently shot to viral internet fame for her takedown of a councillor at a Handforth Parish Council meeting, retweeted the message, adding: ‘I would love to speak with Lord Sugar about his relationships with the apprentices.

‘It makes good viewing but is it really the message we want to give out to young people – that they can expect to be treated in that way at work?’

She added: ‘This is not about ‘heat in the boardroom’ it is about bullying and shaming young people that do not have the advantages that Lord Sugar and the Team have. Standing up for yourself does not mean throwing others under the bus.’

This is not about ‘heat in the boardroom’ it is about bullying and shaming young people that do not have the advantages that Lord Sugar and the Team have. Standing up for yourself does not mean throwing others under the bus https://t.co/WAgmBnTxie

Lord Sugar has previously defended the show’s treatment of contestants, and the aftercare they receive, following the axing of the Jeremy Kyle Show from ITV in 2019.

‘In defence of programmes like The Apprentice, Britain’s Got Talent, the X Factor, it’s an ongoing process and we have people looking after the candidates all the time,’ the 73-year-old said during an appearance on Good Morning Britain.

‘We have a house team and they’re keeping their eyes on people. They get colds, sniffles, headaches and we’re looking after them. I’m sure ITV do the same.’ 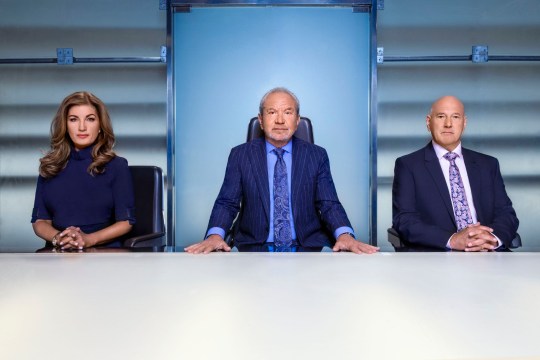 Lord Sugar has fronted the show for 15 years (Picture: BBC)

Discussing the recruitment process of The Apprentice, the businessman explained they get ‘thousands’ of applications from people who want to join the series.

‘We then hone in on 25/30 people, and before we tell them they can come on the show, they have to see a psychiatrist and talk about their past life, and whether they can take the stress and strain,’ he continued.

‘The BBC, and I’m sure ITV are the same, they have a duty of care to make sure no one enters the process if there’s any chance of it causing them any trauma.’

The Apprentice is set to film its 16th series, after first airing in 2005. Last year’s series was cancelled due to the coronavirus crisis.

The BBC declined to comment. Metro.co.uk has contacted reps for Lord Sugar.