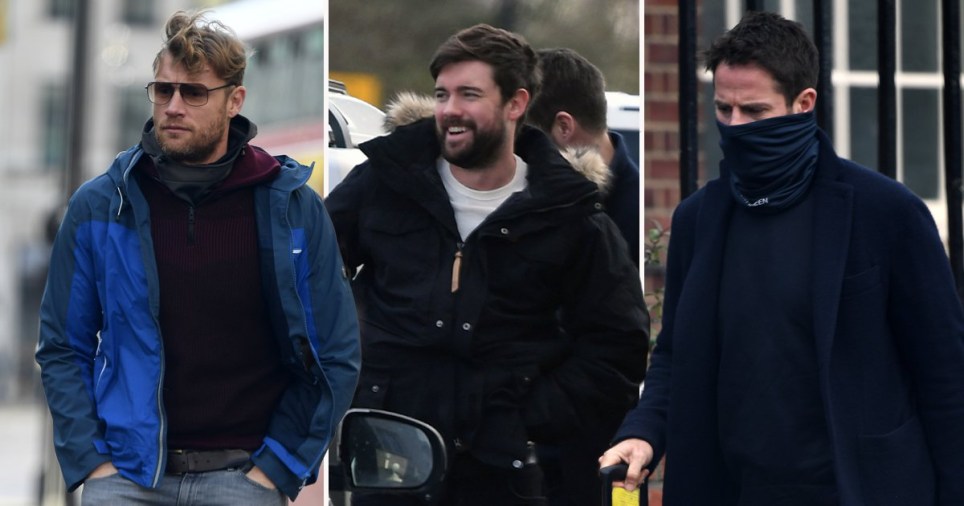 Jack Whitehall flashes grin as he returns for new series of A League Of Their Own (Picture: Rex)

Jack Whitehall couldn’t have been more thrilled to reunite with his A League Of Their Own co-stars Jamie Redknapp and Freddie Flintoff in London – that, or he was up to something.

The comedian, 32, was seen flashing a huge grin as he stepped out for filming with Jamie, 47, and former cricketer Freddie, 43, in tow.

Are the parking suspension signs a clue? Some sort of prank? You never can tell with these three.

Filming for the new series of A League Of Their Own was confirmed in December, with production getting underway as Jamie, Freddie and Romesh Ranganathan embarked on a road trip across the UK.

Previously heading overseas to the US and across the Europe, the coronavirus pandemic no doubt wreaked havoc with plans for the show’s new series due to travel restrictions, forcing their latest trip to be on home soil.

It takes them from Scotland to London and reports teased a guest appearance from Jack, who seems to have caught up with the boys now they’re in the captial and, boy, does he look happy about it. 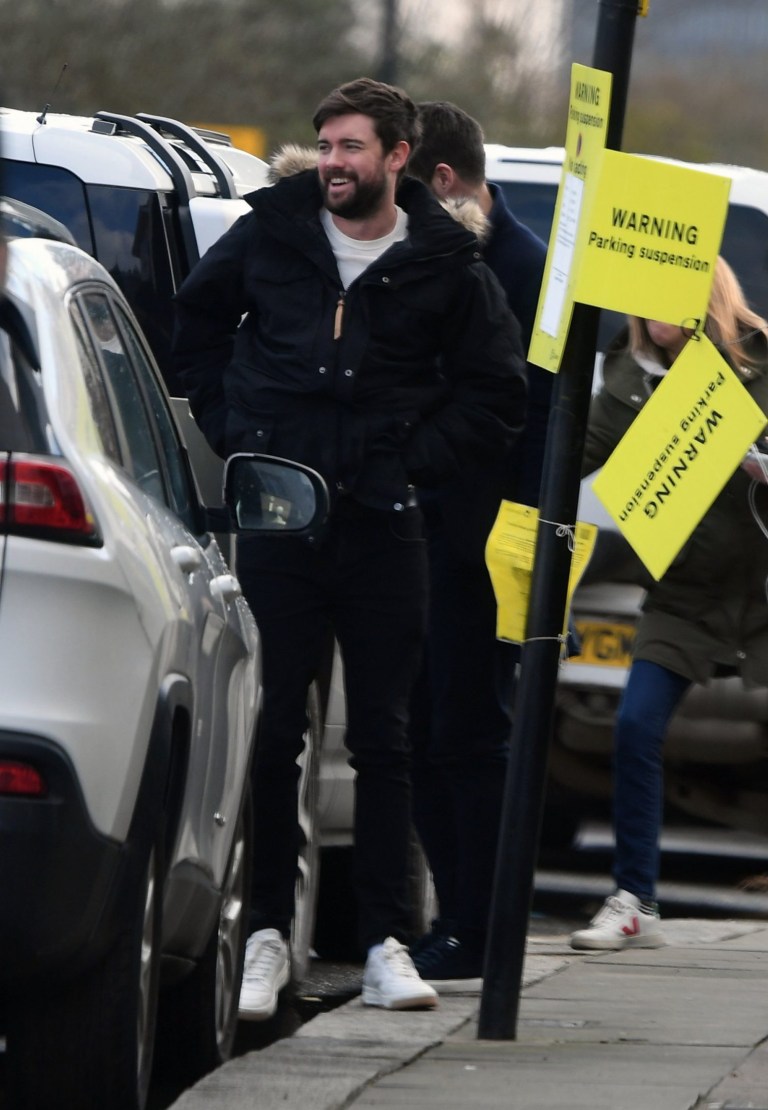 Jack was seen flashing a grin as he rocked up to filming (Picture: Rex)

Dressed causally in a parker jacket, jeans and trainers, Jack was beaming as he reunited with Jamie, who rocked up to filming in a blazer and neck warmer/face mask, and a cooler than cool Freddie in his aviator shades.

Jack was a regular panellist on A League Of Their Own up until its 12th series in 2017, with Romesh taking over from the following year.

Proving he’s still more than happy to get stuck in and get involved, however, Jack threw himself into filming a new team challenge – which sees Jamie and Freddie as captains go head-to-head – for the new series.

Jamie teased a first look at what fans can expect on his Instagram story, as he shared footage of Jack kitted out in his blue tracksuit and Skechers trainers, and belting out these Boots (well, Skechers) Are Made For Walking while dancing next to a river. 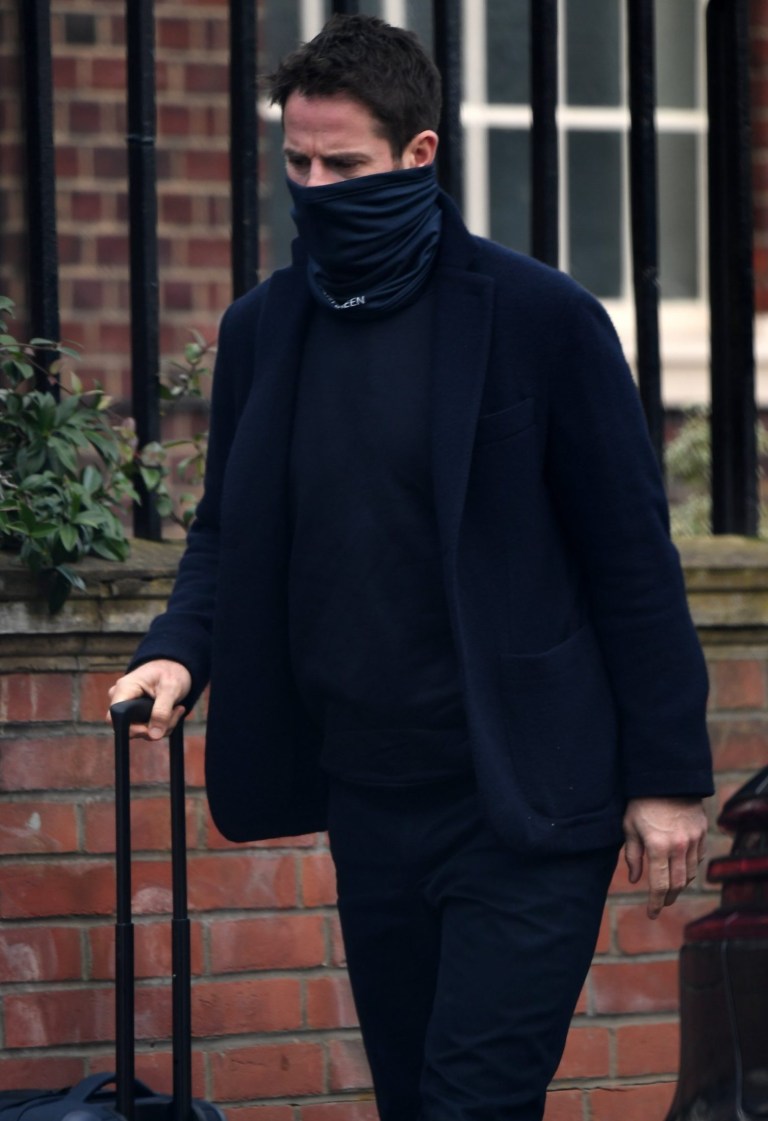 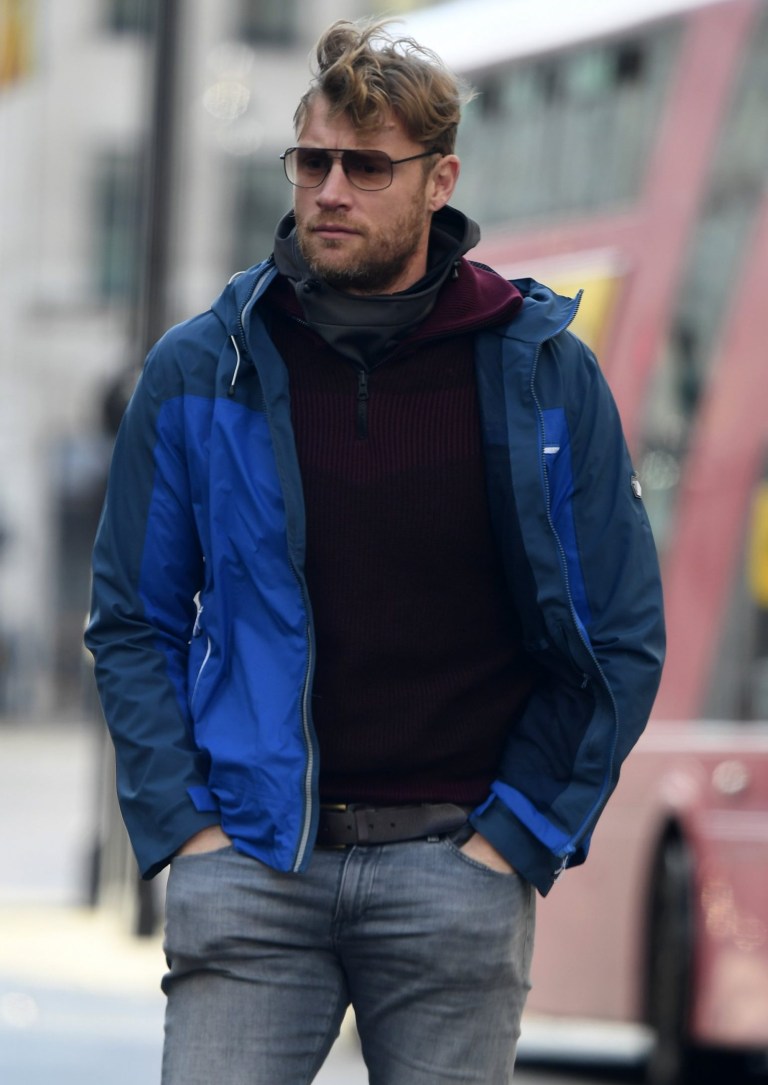 Freddie was raring to go in his aviator shades (Picture: Rex)

Jamie didn’t exactly reveal what the challenge was, but he revealed he was joined by footballer Micah Richards on his team and Shaun Williamson aka Barry from EastEnders drops by on a gondola. Make of that what you will.

A League Of Their Own is set to air later this year, with a Christmas special planned for December.

Addressing the upcoming series, a spokesperson for Sky said in December last year: ‘Throughout the road trip the trio will be joined by stars from the world of sport and entertainment and there will be a very special guest appearance from Jack Whitehall.’ 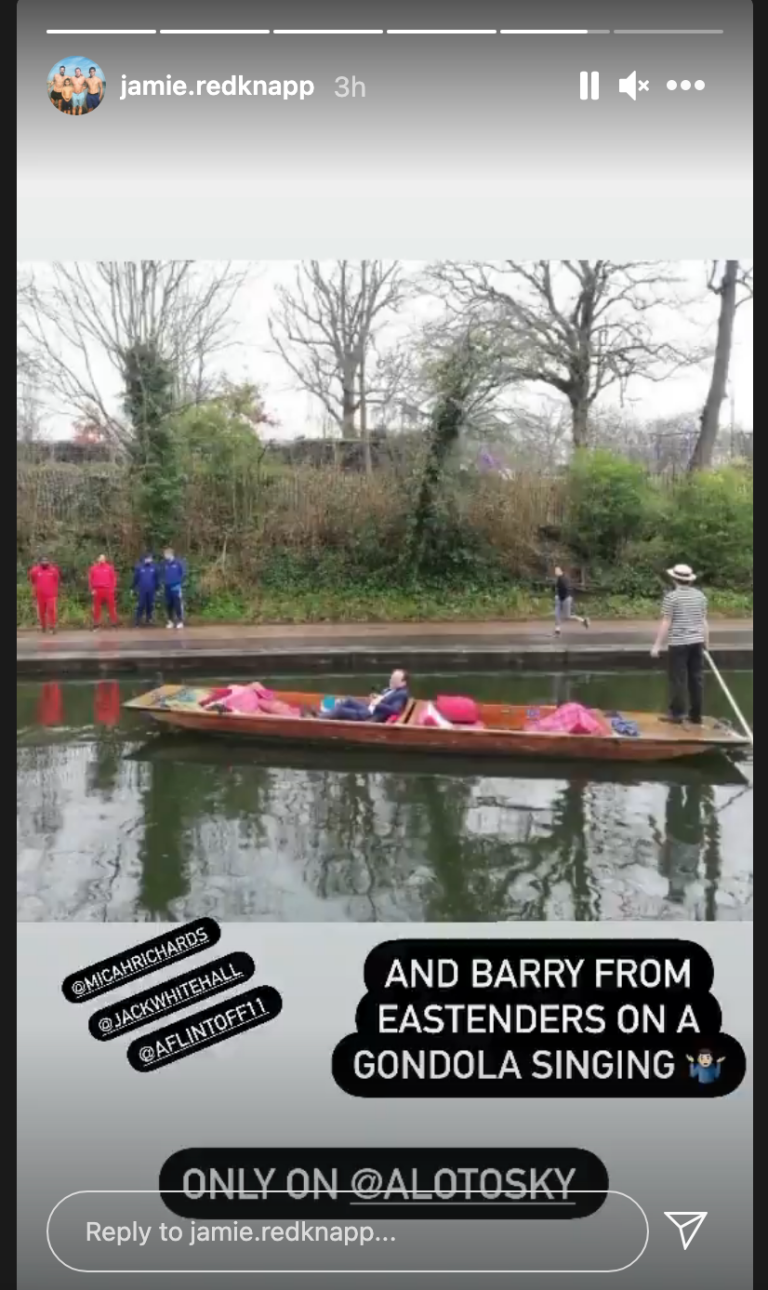 Shaun Williamson stopped by on a gondola (Picture: Instagram)

They teased: ‘Challenges include outdoor survival skills with the SAS, gourmet cooking with a top celebrity chef and traditional Scottish Highland Games hosted by one of the UK’s most celebrated sports stars.’

Until then, however, fans can catch up with Jamie on the new series of Ant and Dec’s Saturday Night Takeaway, as he’s set to star in their famous Get Out Of My Ear sketch with dad Harry Redknapp.

It sees celebs wearing earpieces while Ant and Dec secretly instruct them whatever tasks they want before unsuspecting members of the public.

Harry and Jamie will be seen trying to rope a poor transport manager into a new restaurant project of theirs, all while Ant and Dec are filling them with football puns to deliver mid-interview.

A League Of Their Own returns to Sky later this year, while Ant and Dec’s Saturday Night Takeaway makes a comeback on Saturday at 7pm on ITV.