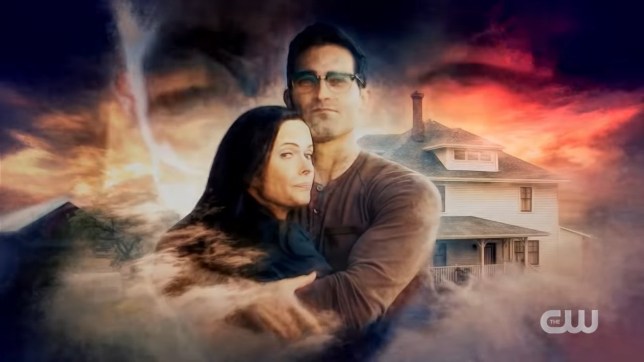 Superman and Lois is swooping in as a new fave superhero show (Picture: The CW)

Superman and Lois has already become must-watch TV for every fan of the Man Of Steel and is completely different from anything you’ve seen him in before.

Becoming a full-time dad, Clark Kent is now family man with his love Lois Lane – that is, until his kids grow up and it becomes clear they’re getting powers too.

But with the series relocating the pair back to Smallville, where Clark grew up, fans have been wondering if it’s possible that the two are connected.

Is Smallville a prequel to Superman and Lois?

Is Superman and Lois a Smallville sequel?

Nope – sorry folks, but Tyler’s Superman is not the same Clark Kent we met in Smallville, played by Tom Welling.

The Smallville Lois, Erica Durance, isn’t in the show either. 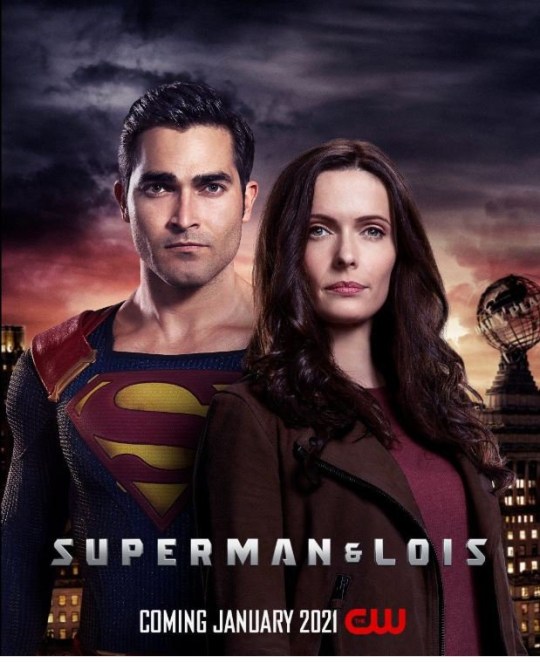 The couple are dealing with their biggest challenge yet – parenthood (Picture: The CW)

Superman and Lois is a series that stands all on its own, so it’s not connected to the Lois and Clark: New Adventures of Superman series from the 90s either.

(That’s the one with Dean Cain and Teri Hatcher as they loved-up duo.)

However, because DC Universe’s Crisis On Infinite Earths saw both previous versions appear thanks to a Multiverse, you can assume that they are still around somewhere – just not in the timeline created by Superman and Lois.

What was Smallville about?

Smallville was a major hit in the early 2000s for network The WB, which was later merged with UPN and rebranded to become The CW, where Superman and Lois airs today.

Launching in 2001, the series was initially tagged ‘Smallville: Superman The Early Years’ and featured a young Clark adapting to life as a superhero while also dealing with typical high school dramas along the way. 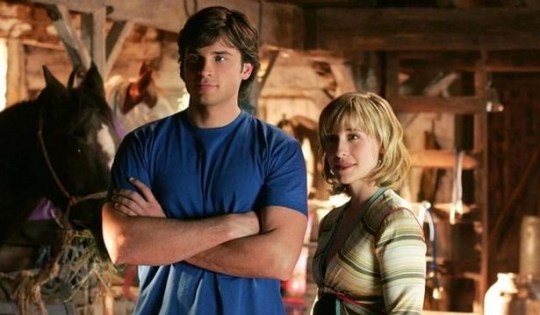 Kristen Kreuk starred as his love interest, Lana Lang, and Allison Mack played his best friend Chloe, who was secretly in love with him.

Michael Rosenbaum was the arch nemesis character Lex Luthor, but the story differed in previous iterations of the character as Lex and Clark actually started off as friends, before they drifted apart over time as they chose roads of hero and villainy.

Lois wasn’t introduced until much later in the series, when Clark grew up and started working at the Daily Planet.

The show ran for 10 seasons and concluded in 2011 with Clark fully becoming the Superman we know today.

What is Superman and Lois about?

Superman and Lois follows the superhero/human couple as they try to navigate normal family life here on Earth.

Living life as Clark, Superman (played by Tyler Hoechlin) and his journalist wife (Elizabeth Tulloch) are now proud parents to two sons – Jonathan and Jordan – but with that comes the very real possibility that they may come into superpowers as they grow up.

Hiding his true identity from the world as the boys reach their teenage years, anything could be possible, and a return to his hometown of Smallville is set to trigger a chain of events that could change everything.