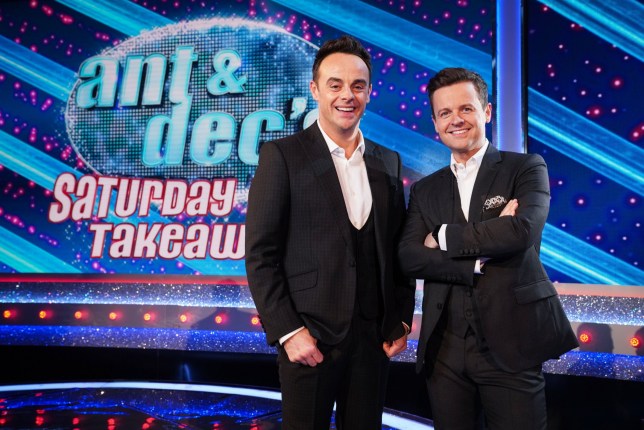 For almost two decades, Ant and Dec’s Saturday Night Takeaway has become a staple part of TV viewing in homes across the UK, with the presenting duo never failing to bring the fun.

In February 2021, the ITV show returned for its 21st series, with Ant McPartlin and Declan Donnelly resuming their presenting duties with Covid-safe restrictions put in place.

The new series sees Ant and Dec entertain the nation with some of their signature segments, while also introducing new games into the mix.

But without their usual studio audience, is Saturday Night Takeaway filmed live and what time is it on TV?

Even with Covid restrictions in place, Saturday Night Takeaway is still filmed live in the studio.

Just like before the pandemic, Ant and Dec strive to keep their audience entertained with live surprises with celebrity guests and laughs aplenty. 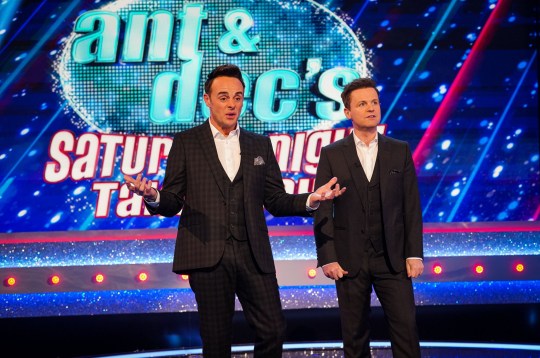 But now, they have to do so without the comfort of their typical live studio audience.

Instead, there is a virtual audience in its place – with a large screen showing hundreds of people tuning in and watching Ant and Dec as they carry out their cheeky comedic routines.

There are also still pre-recorded segments, such as when Ant and Dec rope in celebrities including Harry Redknapp, Sir Mo Farah and Davina McCall to participate in I’m A Celebrity…Get Out Of Me Ear, where they feed them instructions through a hidden earpiece.

But filming live means that mishaps can sometimes occur, such as when Ant was forced to issue an apology after celebrity chef Gordon Ramsay appeared to swear while taking part in a game called Read My Lips.

What time is it on?

Saturday Night Takeaway airs every Saturday at 7pm on ITV, with the show lasting 90 minutes.

So find yourself a comfy spot on the sofa, settle in with a cup of tea and relax as Ant and Dec continue to bring the fun and entertainment week after week.

How long is the series?

The 2021 series of Saturday Night Takeaway is due to run for seven episodes as per usual, with the final episode airing on April 3.