IN the dead of night, backpackers carrying rifles and grenades meet up in the Peruvian jungle: the beginning of a 3,000-mile journey that could cost them their lives. 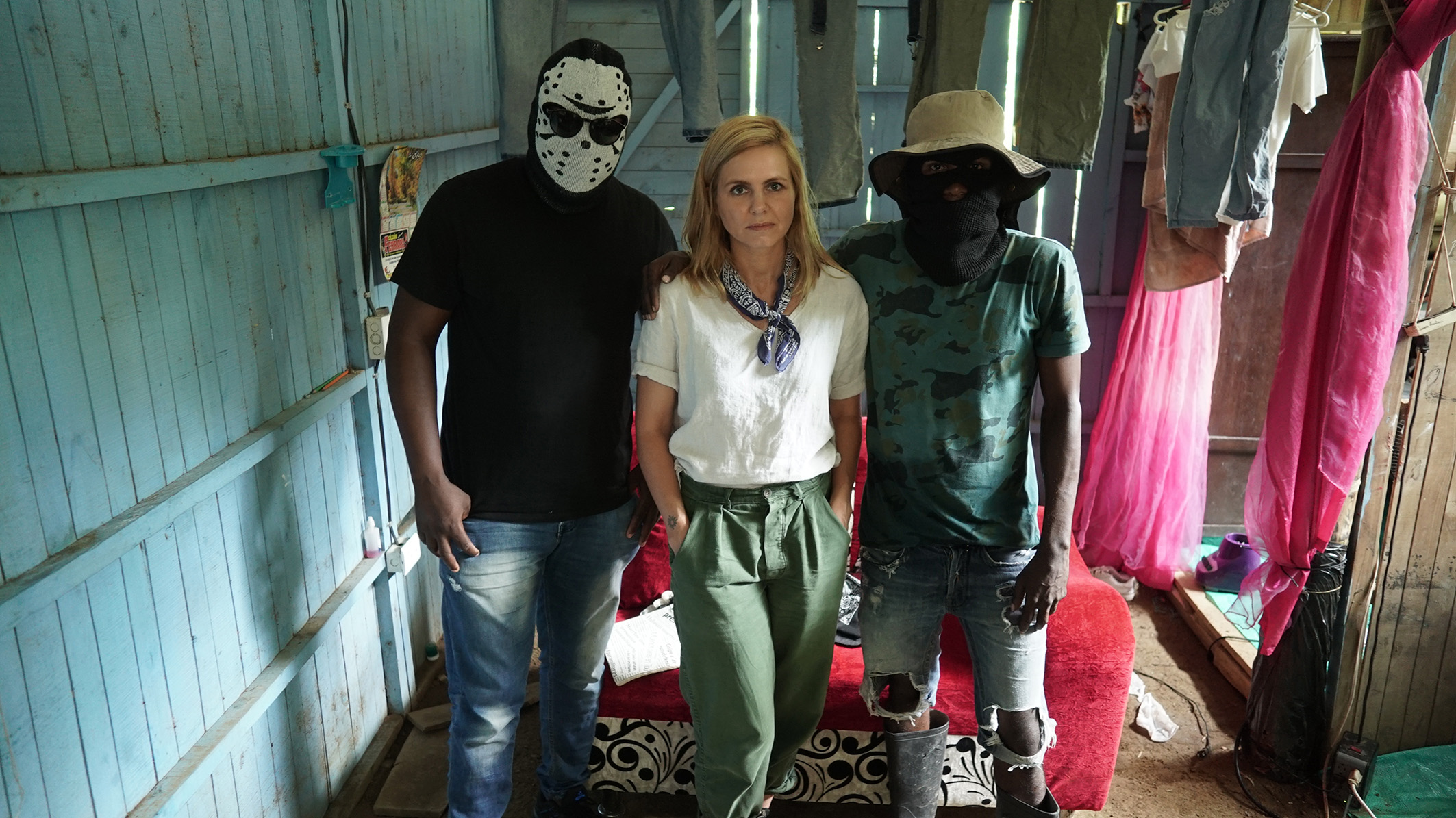 Mariana Van Zeller with members of the Gulf Clan – a ‘super cartel’ which controls cocaine smuggling out of ColombiaCredit: National Geographic

The dark and dangerous hike is the very first step in a supply chain that will see their paste smuggled to all corners of the world, from Miami to Melbourne.

And even at this stage, the traffickers are risking their lives transporting their illicit cargo – which some start doing when they’re just 15.

“Everyone involved in this kind of business is armed,” one of the backpackers tells journalist Mariana Van Zeller in the latest episode of Trafficked.

She asks the smuggler what would happen if they’re ambushed as they hike over the mountains. 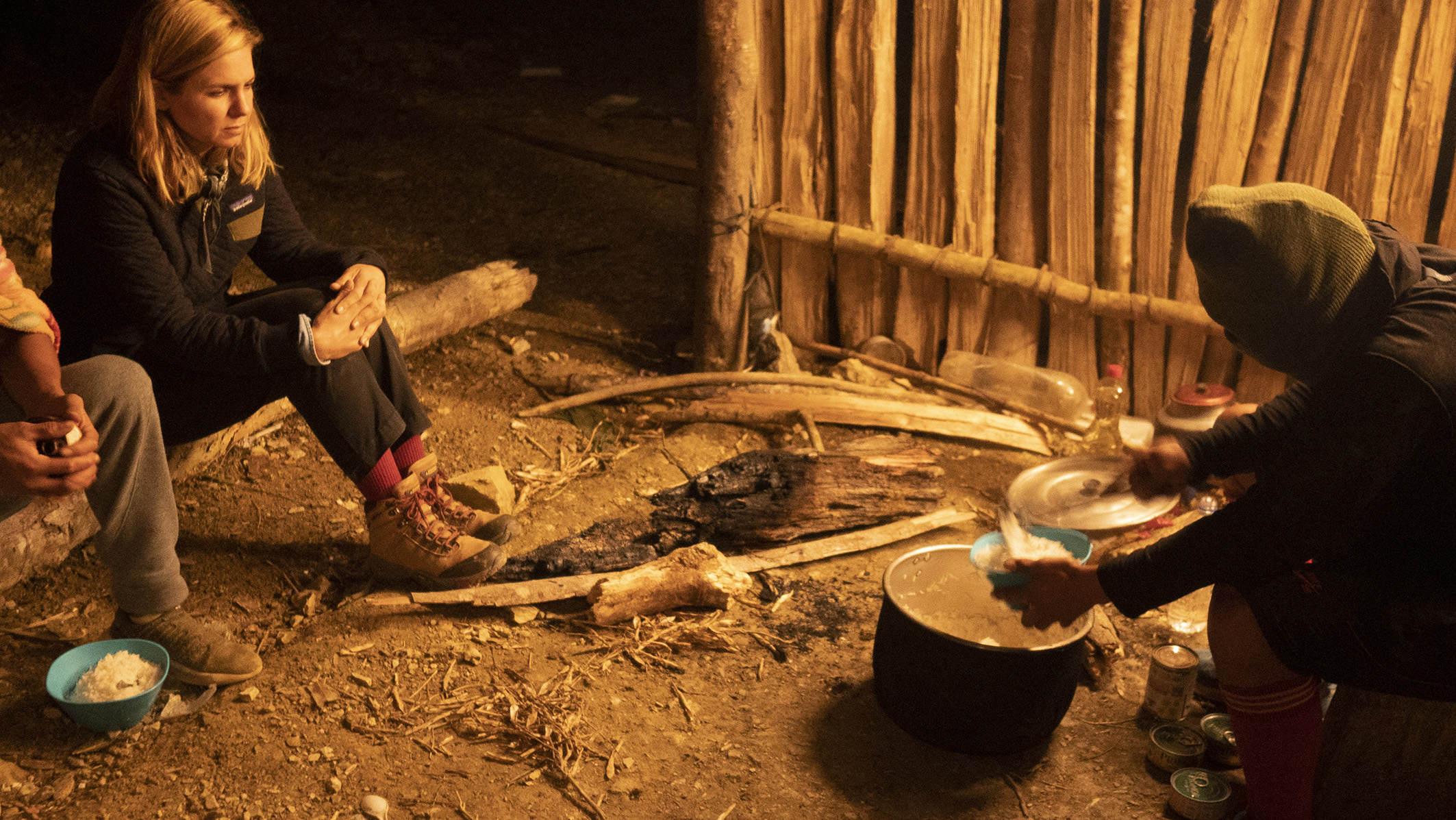 “It would be war. Blood would flow. To save your life, you shoot your enemies,” he tells her.

This is every day life on the brutal cocaine highway – which sees millions of dollars of cocaine secretly smuggled from the mountains of Peru to users’ bloodstreams every day.

Hidden labs deep in the jungle

Many cocaine users probably don’t think about where the drug comes from – but in Peru, countless families’ daily bread depends on the trade.

In the extremely poor Valley of the Apurimac, Ene and Mantaro Rivers (VRAEM), around a fifth of the world’s cocaine is produced in jungle labs. 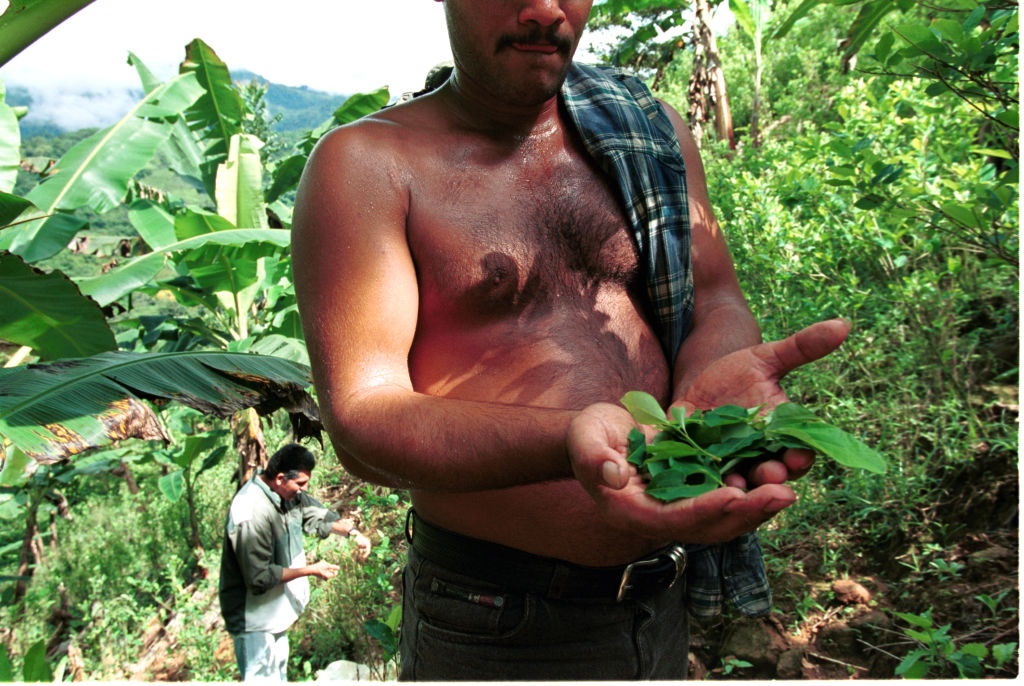 “I’m not proud of it, but we’re one of the best producers of cocaine because of the abundance of coca leaves, which is raw material to make the product,” Mariana’s local contact Ceviche tells her.

It’s not illegal to grow and sell coca leaves in Peru, and farmers depend on the sale of the crop to feed their families.

But processing the leaves into cocaine is illegal – meaning the vast trade is controlled by violent criminal organisations.

A revolutionary communist group, the Shining Path, extorts growers for protection money and charges traffickers to use the smuggling routes which the Path controls. 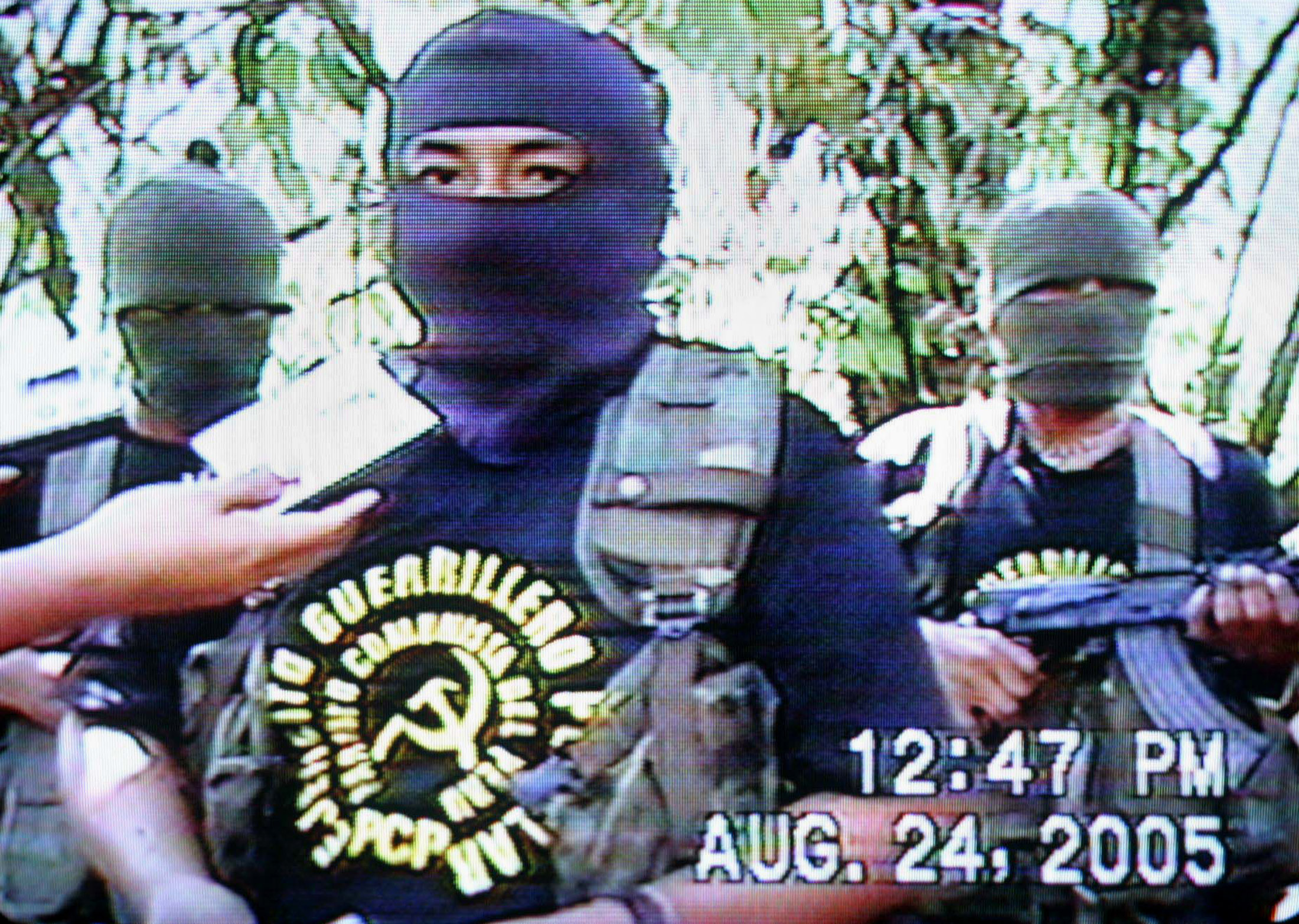 Members of The Shining Path – a communist terror group who profit from the trade in PeruCredit: La Republica

Under the cover of darkness, Mariana visits a lab to see the grim process by which coca leaves becomes one of the most addictive drugs in the world.

Over 400kg of coca leaves are soaked in a pit of water, acid and bleach for days just to make a single kilogram of cocaine.

Cement and gasoline are added into the toxic brew before ammonia is used to make the drug into solid bricks.

From there, groups of “mochileros” – Spanish for “backpackers” – carry the bricks over the Peruvian mountains on foot to avoid police road blocks. 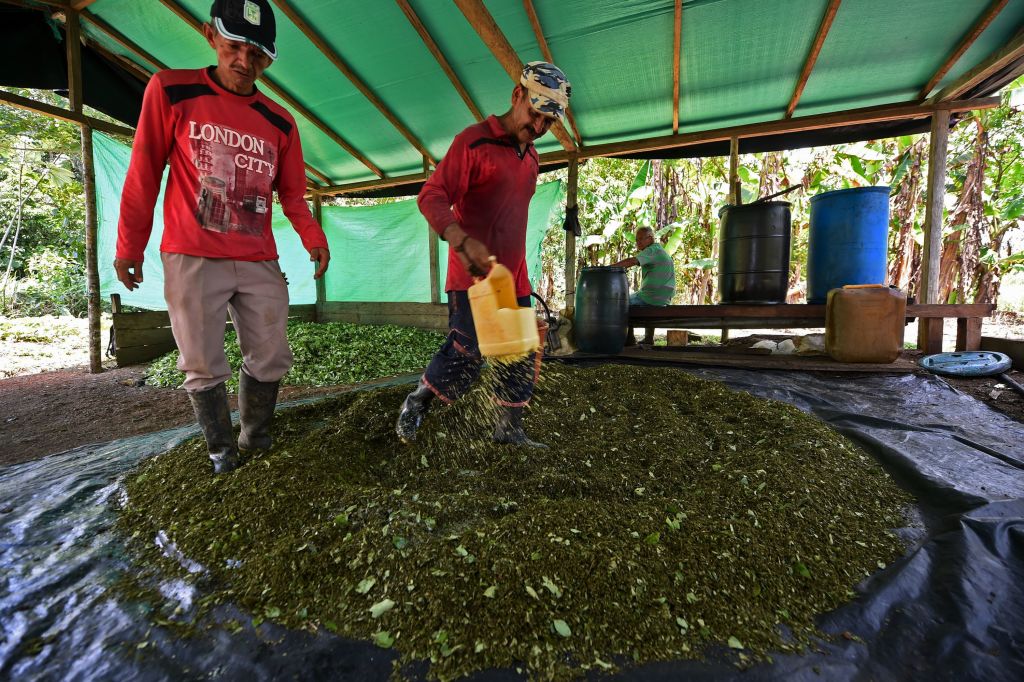 Farmers processing coca leaves to make cocaine paste, which can be made into blocksCredit: AFP – Getty 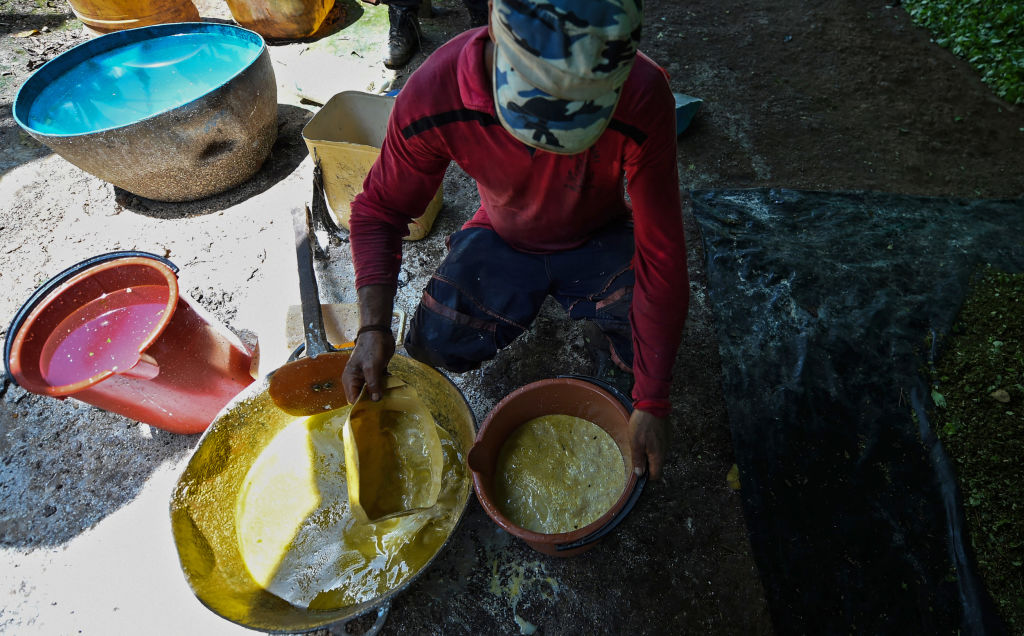 All sorts of toxic substances are used in the process to make the drugs more powerfulCredit: AFP – Getty

One of the backpackers tells Mariana that one ambush from thieves cost the lives of three of his friends, who were all aged around 19.

It’s a hard life filled with danger, but it’s also one of the only options to earn decent money in the region.

Mariana hears from one young smuggler that he is going to leave the trade to study to become a dentist. 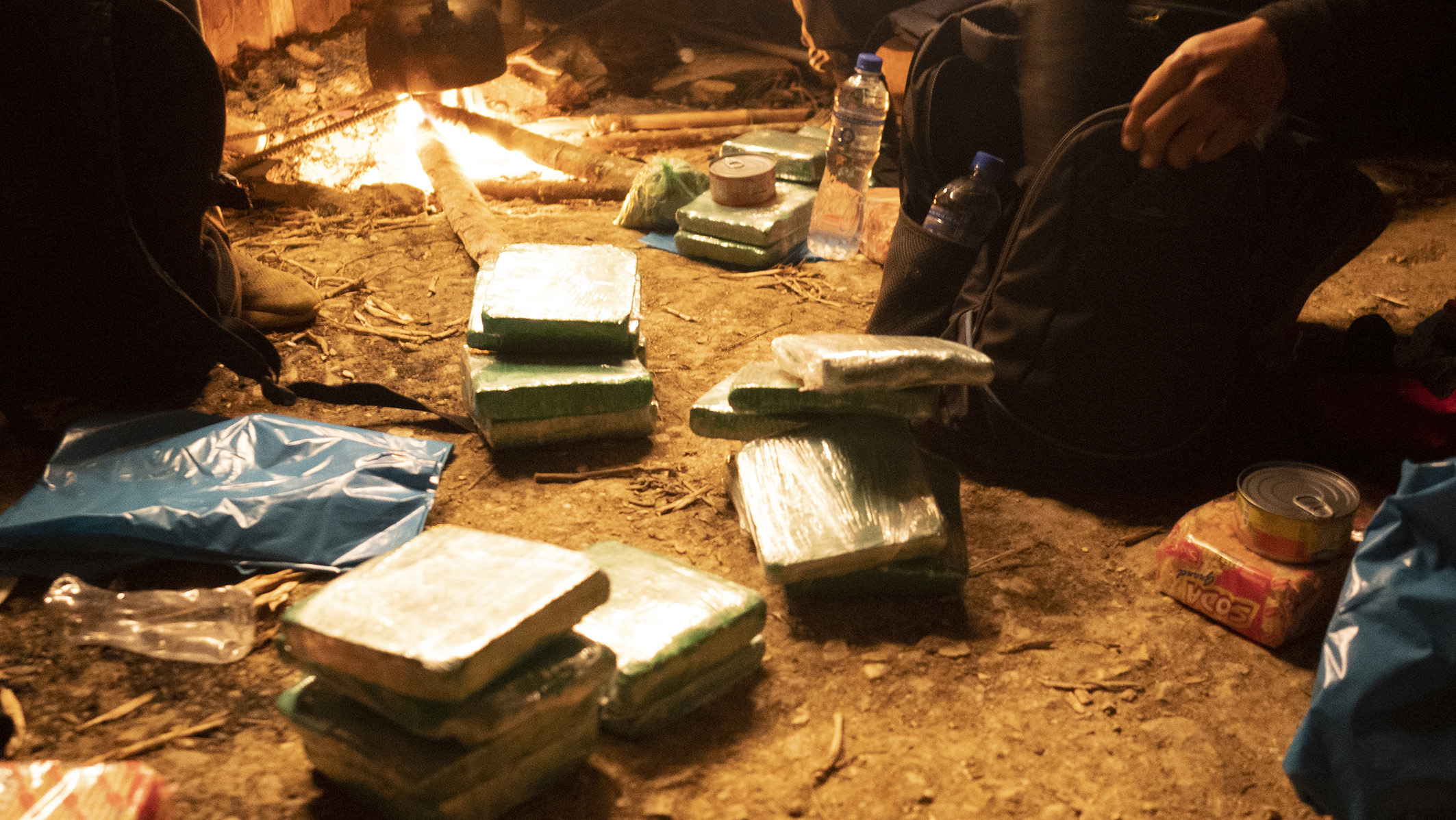 The bricks of cocaine that the backpackers risk their lives smugglingCredit: National Geographic

“Sometimes I’d see the ads on TV, you know, with the smiles,” he says.

“You want your teeth to look like that, you know? That is my dream.”

‘It will be certain death’

As the cocaine changes hands, its cash value increases – as do the risks involved in smuggling it.

From the backpackers, it’s driven to the Peruvian capital Lima, before being smuggled through Ecuador into Colombia.

There, it arrives in the port of Turbo, where it’s loaded into fishermen’s boats to be smuggled into the US. 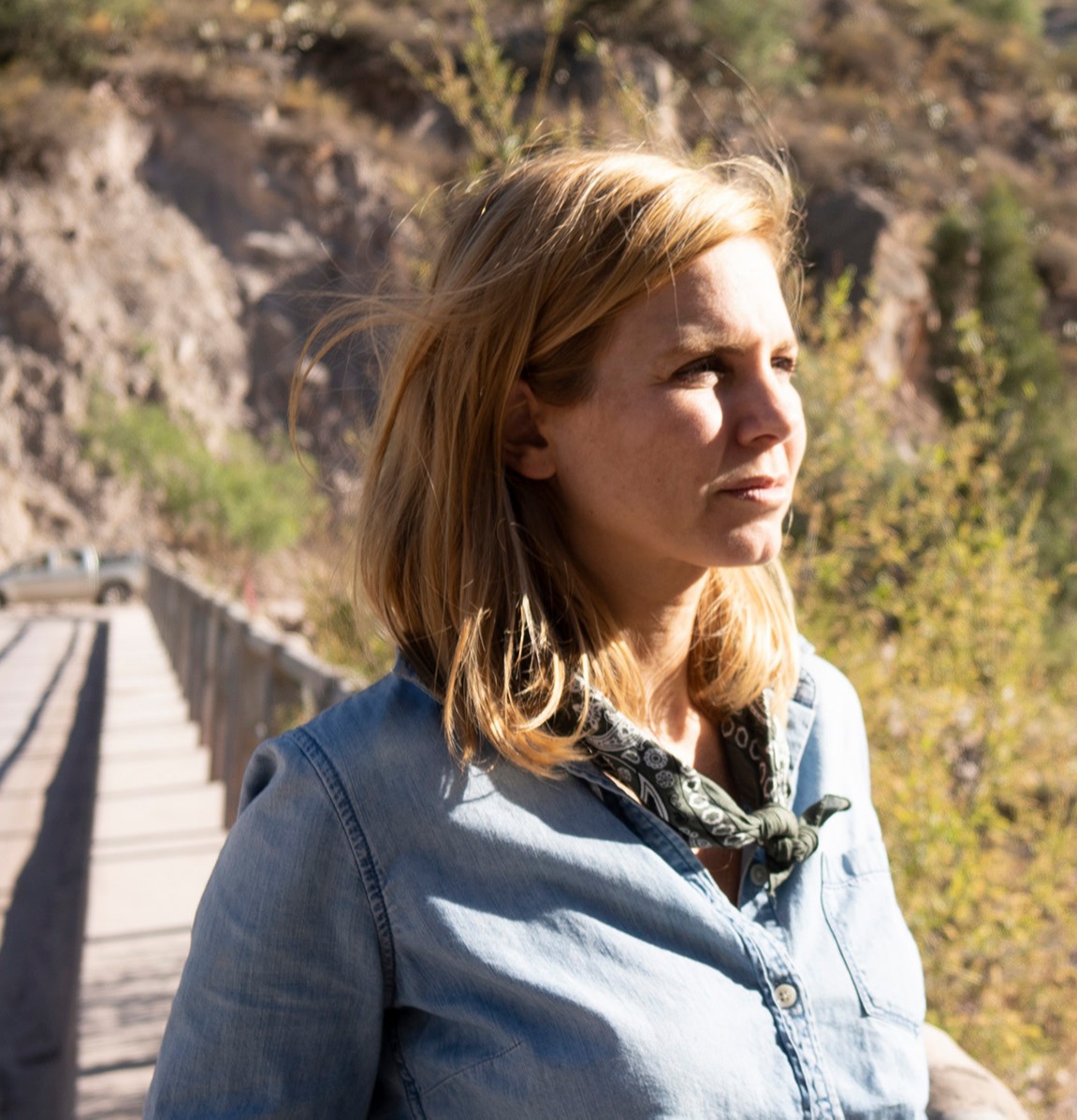 Mariana spoke with producers and smugglers at different steps on the cocaine highwayCredit: National Geographic

“You drink hard, you party hard, and you know soon you might be a dead man out on the streets. Because nearly everyone here earns a living in a dangerous world.”

The danger is known all too well by the smugglers, who pose as fishermen to traffic cocaine.

“Sometimes you get in trouble with the owner of the merchandise and you can even be killed,” one smuggler says of the Colombian Gulf Clan, which runs the local coke trade.

“You don’t mess with those people. It will be certain death.”

The product sells itself

Described as a “super cartel”, the Gulf Clan is headed by the notorious Otoniel – a kingpin infamous for assassinating government officials and thought to be behind a grenade attack on a nightclub.

Even high ranking cartel members below him, who control as many as 300 men, could be executed for trivial missteps.

Knowing that taking part in an interview could cost him his life, one commander involved in moving 1,000kg of cocaine worth $25million (£18.3million) a week tells Mariana why he’s speaking out. 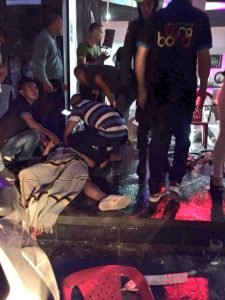 The horrific aftermath of a grenade attack at a Colombian nightclub blamed on Credit: Dirección Nacional de Bomberos de Colombia

“I have a daughter who’s four years old. We want to see our children grow up,” he says.

Half of the cocaine that leaves Colombia goes to Europe, Asia, Africa, and Australia – but the other half goes to the US alone.

The sheer scale of the number of illicit shipments gives the US Coast Guard an impossible task in stopping the drugs flooding in. 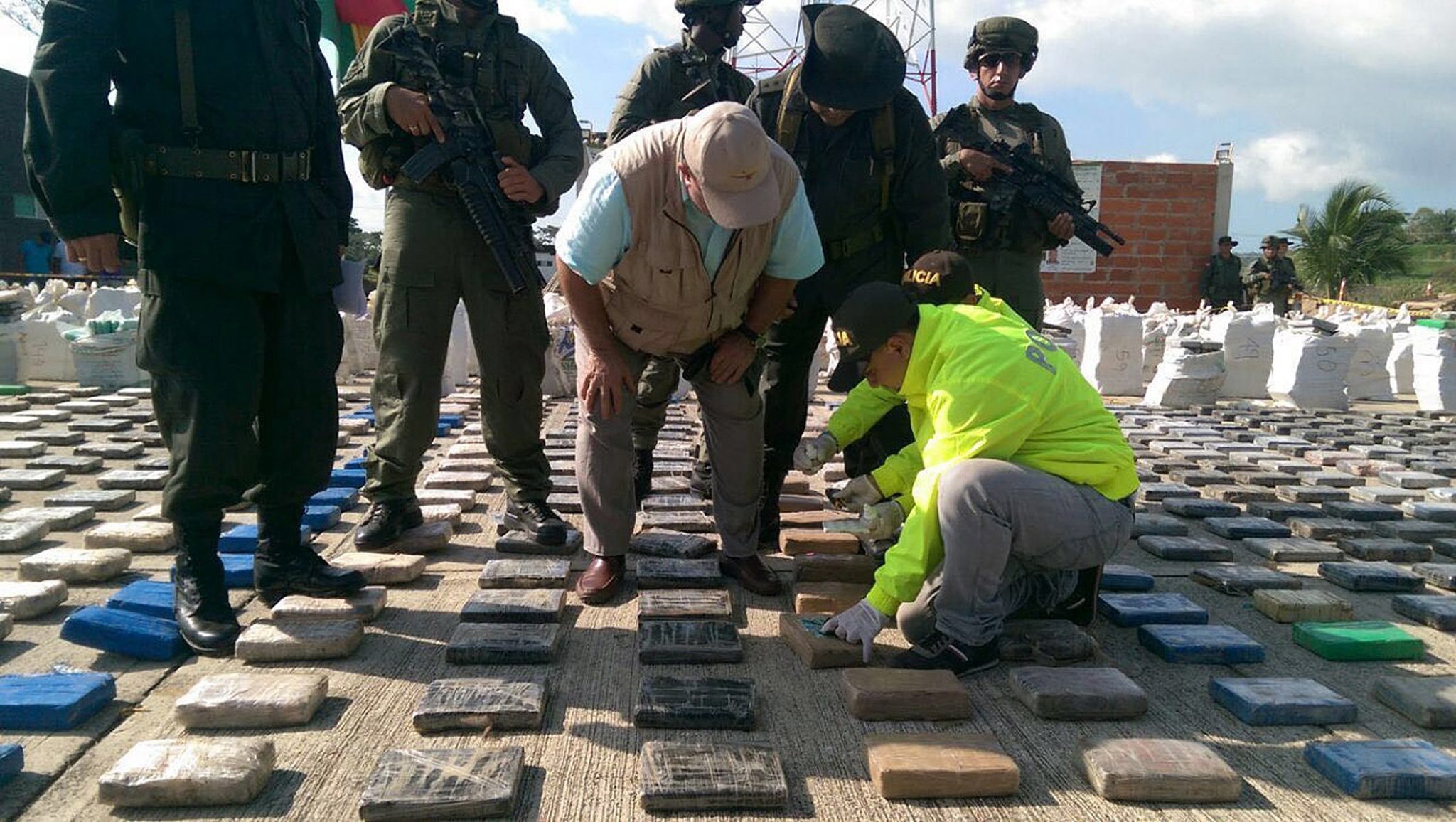 Cocaine seized in Turbo, Colombia – vast quantities are shipped north to the US every dayCredit: EPA

“We’re operating in an area [of water] larger than the continental United States,” one Coast Guard employee tells Mariana.

“Now imagine you have three or four police cars patrolling the United States.

“That’s essentially what the Coast Guard, with our ships, is doing.”

Smugglers make the Coast Guard’s job even harder by using small boats with fibreglass hulls, which are difficult to detect on radar, or even specially made narco subs.

A US Coast Guard team boarding a narco sub used to smuggle over six tonnes of cocaine – the subs are very hard to detectCredit: EPA

Once it arrives in Miami, the cocaine is sold by the ounce to dealers, who in turn sell it to users in small amounts.

“The product sells itself,” he says.

With such incredible global demand for cocaine, the dealers, traffickers and growers continually expand the trade, despite dogged efforts of law enforcement around the world. 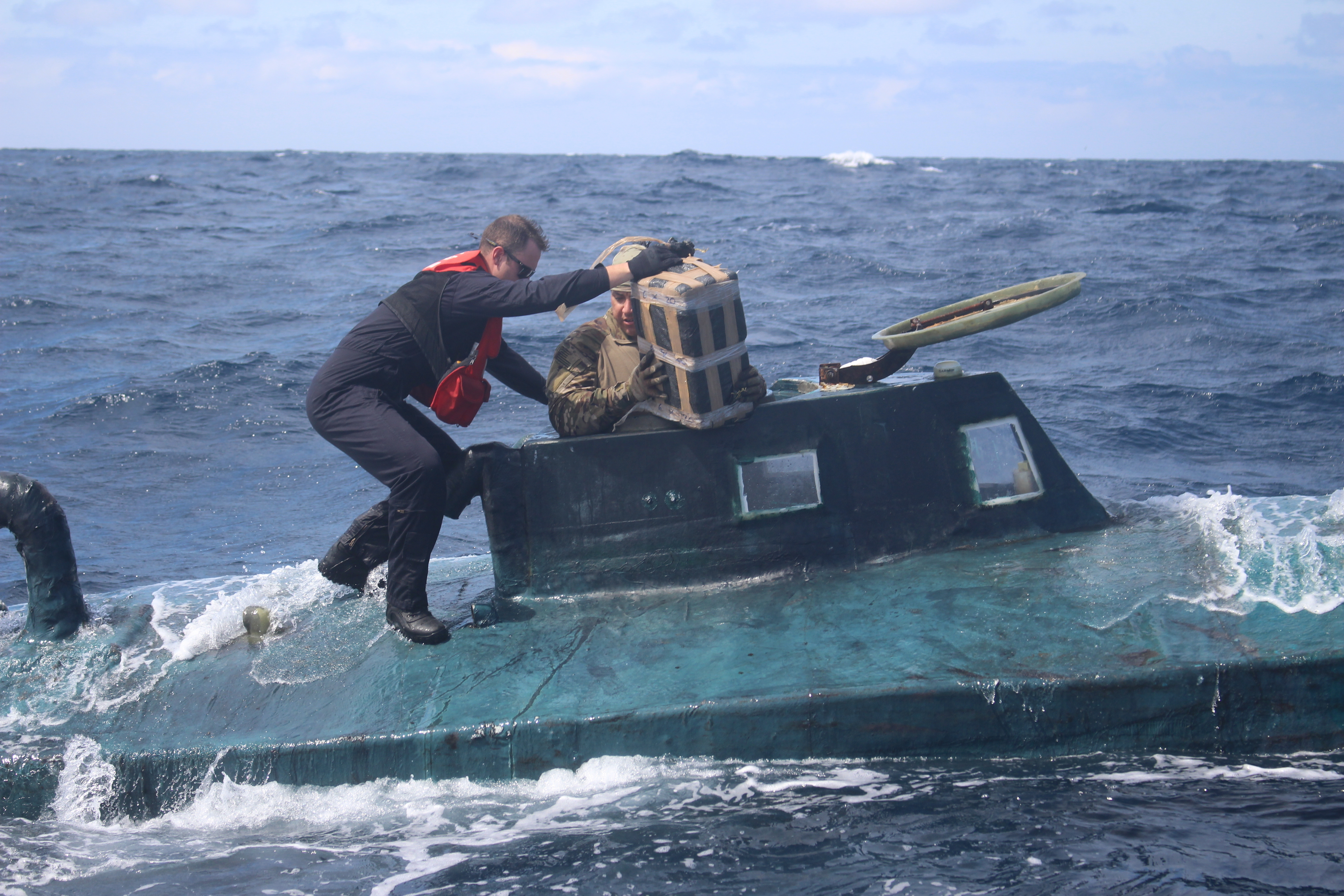 Subs filled with cocaine are now even crossing the Atlantic to Europe as demand for the drug rocketsCredit: EPA

In 2020, the EU drugs agency said cocaine purity levels were at their highest ever recorded, coupled with an unprecedented availability in Europe.

And the European Monitoring Centre for Drugs and Drug Addiction found that more young people in the UK took cocaine than anywhere else in Europe.

But the insatiable demand for cocaine isn’t confined to Europe – it’s global.

“It ends if the world ends. It’s the only way.”

Trafficked is new and exclusive to National Geographic, Mondays at 9pm