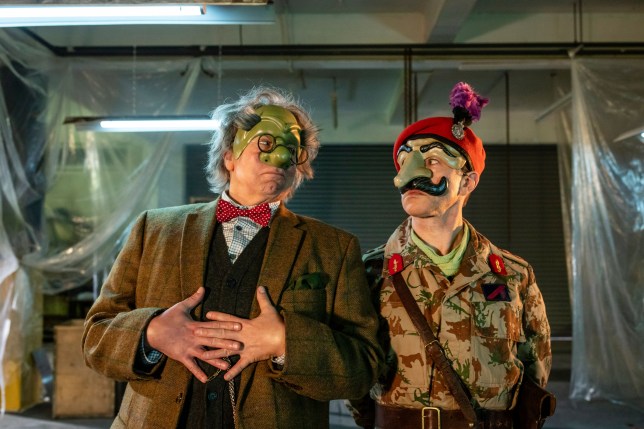 Steve Pemberton and Reece Shearsmith are back for Inside no. 9 series 6 (Picture: BBC)

Inside No. 9 series 6 finally has a release date and fans of the chilling comedy anthology don’t have long to wait until they see another six 30-minute masterpieces from creators Steve Pemberton and Reece Shearsmith.

The BBC confirmed Inside No. 9 will return on Monday May 10 with the star-studded Wuthering Heist.

Game of Thrones icon Gemma Whelan, Kevin Bishop and Paterson Joseph all star in the episode, which follows ring leader Panatalone, ‘who has in an audacious plan to steal a consignment of diamonds worth a tasty twelve million. But he’s hired a complete bunch of double-crossing clowns to do it.’

The sixth series features a typical all-star line-up, with Line of Duty’s Adrian Dunbar, Nick Mohammad, and Sian Clifford all set to appear.

The news comes on the same day Inside No. 9 picked up two Bafta nominations – one for Scripted Comedy and another for Best Male Performance in a Comedy for Reece. 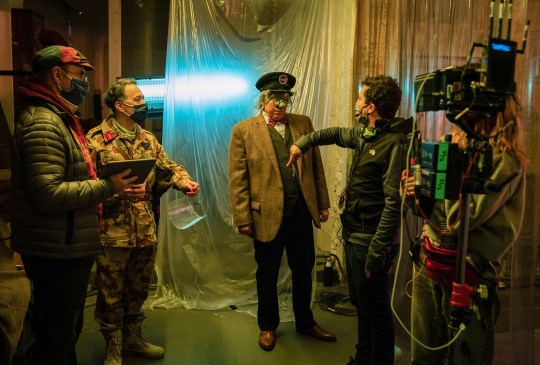 Exclusive photo: Reece stars as Scaramouche and Stve is The Doctor in Wuthering Heights (Picture: BBC)

Both actors celebrated the news, with Steve sharing a video of Psychoville characters David and Maureen – who made a shock return for series five of Inside no. 9 – performing the Soulja Boy dance, because obviously.#

Reece added: ‘Steve and I have just met and done this dance in celebration of today’s Bafat nominations.’

Why was Mario Gonzalez being arrested?