SHE’S the Cuban-born actress who could barely speak a word of English six years ago and left her homeland to find Hollywood fame with just £150 in her pocket.

But now stunning Ana De Armas, who plays 007’s love interest in the hotly anticipated No Time To Die, has told how she is defying the Bond girl stereotype by being the toughest in the franchise’s 59-year history.

Ana de Armas left her homeland to find fame in Hollywood six years ago – now, she is the latest Bond girl 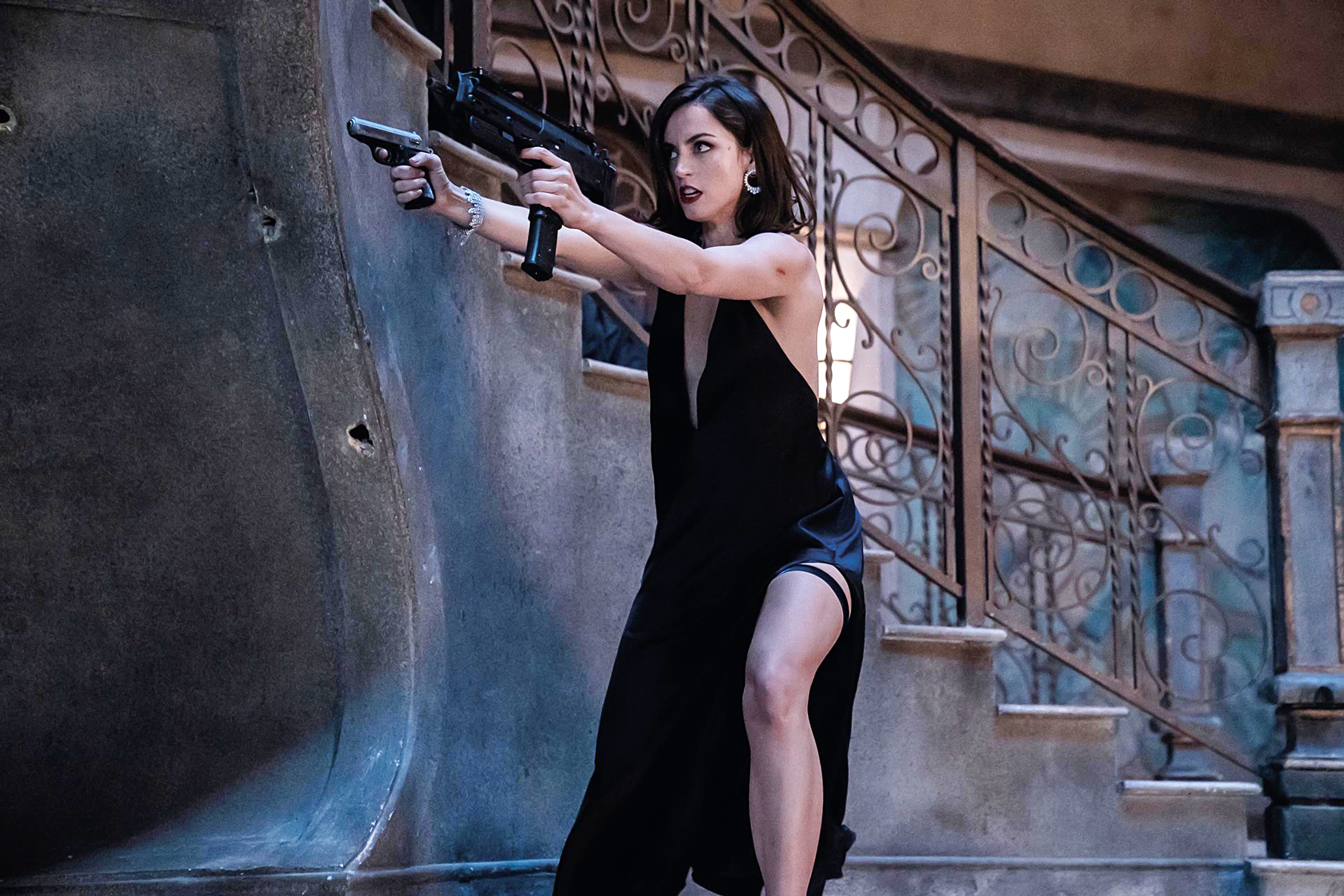 Explaining her role in the movie, which is out on Thursday, Ana, 33, said: “Paloma is a really complete character. She’s definitely something else that I don’t think we’ve seen in other Bond girls in previous movies. She’s a lot of fun — very active, very badass.”

Ana also told how her friendship with Daniel Craig, 53 – playing 007 for the fifth and final time – put her at ease.

Ana said: “It was so easy working with him because we had become friends, so I didn’t feel out of place being part of a huge production that you have with a Bond film.

“I love Daniel. He’s relentless. It doesn’t matter how exhausted he is, or how many broken bones he has, he still shows up and goes to work every day. It’s so inspiring.”

Today Ana reveals that she learned to act as a kid by performing scenes in movies she had seen at a neighbour’s house in front of her hard-up family.

And she tells how she was inspired to learn English by Penelope Cruz — and was once told by a Hollywood director that she would never land a role until she spoke the language better.

No Time To Die is the most expensive Bond film in history, costing around £250million to make, and after its release was delayed by a year due to the pandemic, the movie needs to make an estimated £700million just to break even due to studio interest costs.

Audiences across the 130 countries it is being released in will see Ana playing CIA agent Paloma.

But the bright lights of Hollywood were a far cry from the small town in Cuba she called home.

Ana and older brother Javier were brought up in a breeze-block apartment by their mum, a government worker also called Ana, and dad Ramon, a teacher who worked part-time in an oil refinery.

Speaking of life in Santa Cruz Del Norte, which is 30 miles from Havana, she said: “I had there, in front of my eyes, people who were not working or who didn’t have money.

“On television I would see nothing more than old re-runs of soap operas or things that were of poor quality.”

She decided she first wanted to be an actress aged 12, when she used to perform for her family, re-enacting those scenes.

She said: “I don’t really remember a specific day that I said, ‘I’m going to be an actress’.

“In my home, we never had videos, DVDs or VHS. We used to watch movies at my neighbour’s home. If I saw a scene played by a woman or a man that I really liked, I would run to the mirror and repeat it.

“Then I would come back home and do the movie for my brother because he didn’t see it.

“I couldn’t dream of anything else outside Cuba. You grow up thinking that it’s good enough, it’s all you need, which in some way is true.

“You can dream big in Cuba but very few people can go outside and have the balls to make it happen.”

So, aged 18, Ana packed her bags, took her life savings of around £150 and went to find work as an actress in Spain.

She said: “I had the balls and a Spanish passport. When I was 18 and graduated from school, it just came to my mind.

“I wanted to go to Spain and just try — audition for something and see what happens.

“So I bought a ticket, and I told my mum, ‘When I run out of money, I’ll come back’. I was lucky. I met a big casting director a week after I got there.

“He cast me for one of the biggest TV series ever made in Spain and I never went back.

“I started shooting, and it was like a 180-degree change in my life.”

In 2012, Ana flew to Hollywood to start working on a Spanish-Latino TV series. She loved LA life but found the beauty culture a shock to the system. 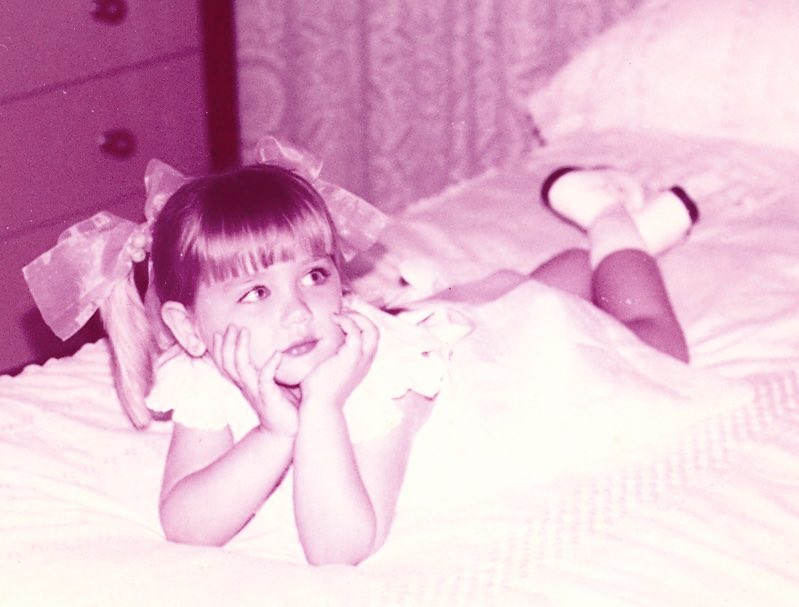 Ana says of her childhood: ‘If I saw a scene played by a woman or a man that I really liked, I would run to the mirror and repeat it’Credit: ana_d_armas/instagram

She said: “There is a massive difference in Cuba compared with LA. We did not have products in beautiful jars. It was more a case of putting things in a blender and making your own cucumber mask or honey and sugar scrub.

“It was do-it-yourself beauty, things you’d learn from your mother.”

Another shock came when she started trying to audition for English-speaking movies in 2014, as she struggled to speak the language.

Ana said: “The biggest problem was the casting directors, who usually weren’t very friendly or encouraging.

“One told me that I should come back in a few years when I had learnt to speak English.

“But I began taking English classes immediately and watched as many English movies and TV shows as I could to learn to speak and understand the language. After a few months I was able to get some auditions even though at some castings I only understood maybe half of what people were saying to me.”

As well as learning from watching US movies, Ana also took inspiration from Spanish actress Penelope Cruz, who had also taken a while to pick up English.

She said: “I could tell how hard it was for her at the beginning to feel and to act in English, because it was a different part of your brain.

“I remembered little phrases like, ‘I beg your pardon?’ Stuff like that. I had no clue what I was saying.

“But I knew emotionally what the scene was about. So my feelings were in the right place. My mouth was just going somewhere else.”

Ana — who was dating Ben Affleck for two years before they split in January — appeared alongside Ryan Gosling as his hologram lover Joi in sci-fi sequel Blade Runner 2049, which was released four years ago.

Yet despite her success — and now being worth an estimated £3million — she says her parents do not quite realise the scale of her success. 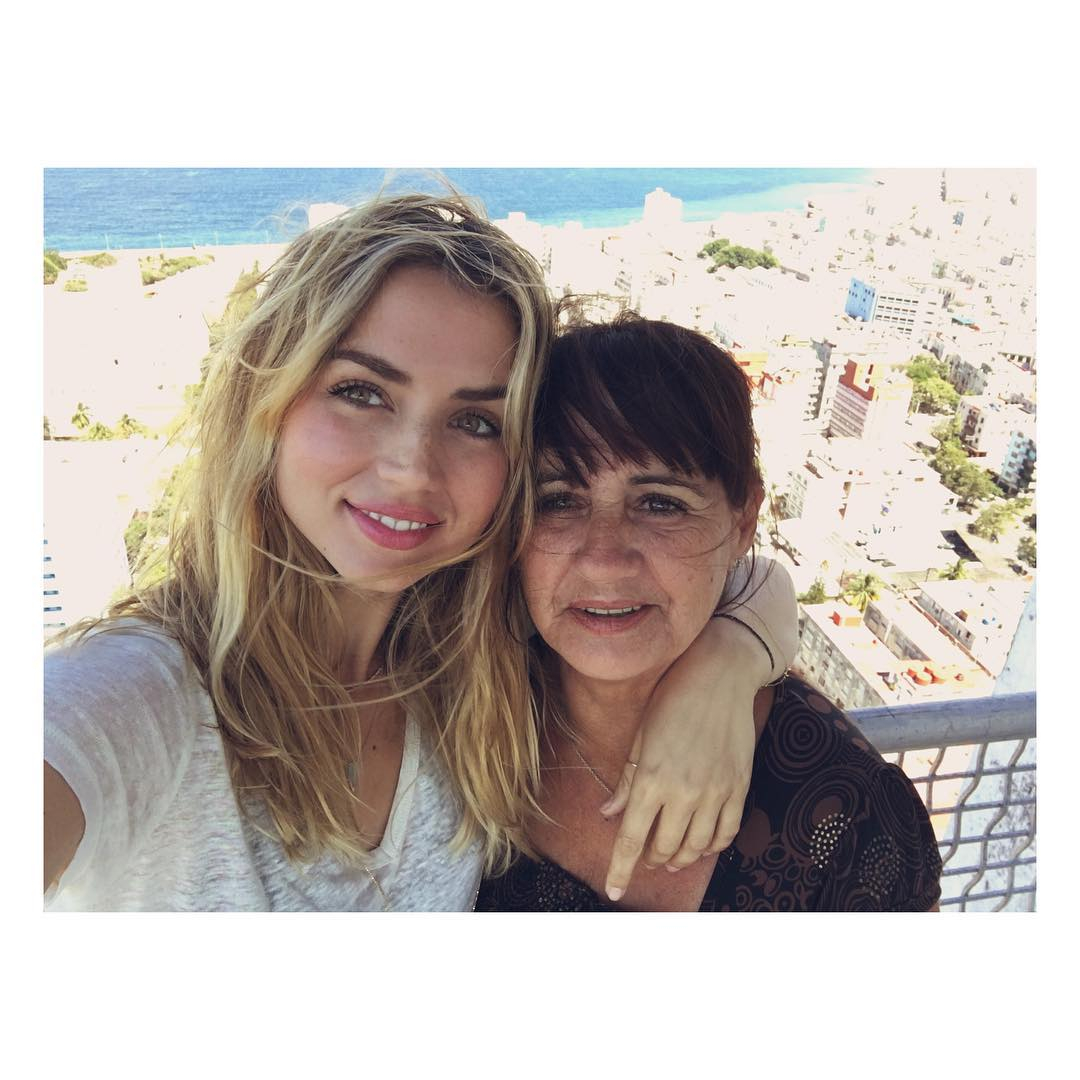 Ana says her parents didn’t really understand the magnitude of her success when she got the roleCredit: ana_d_armas/instagram 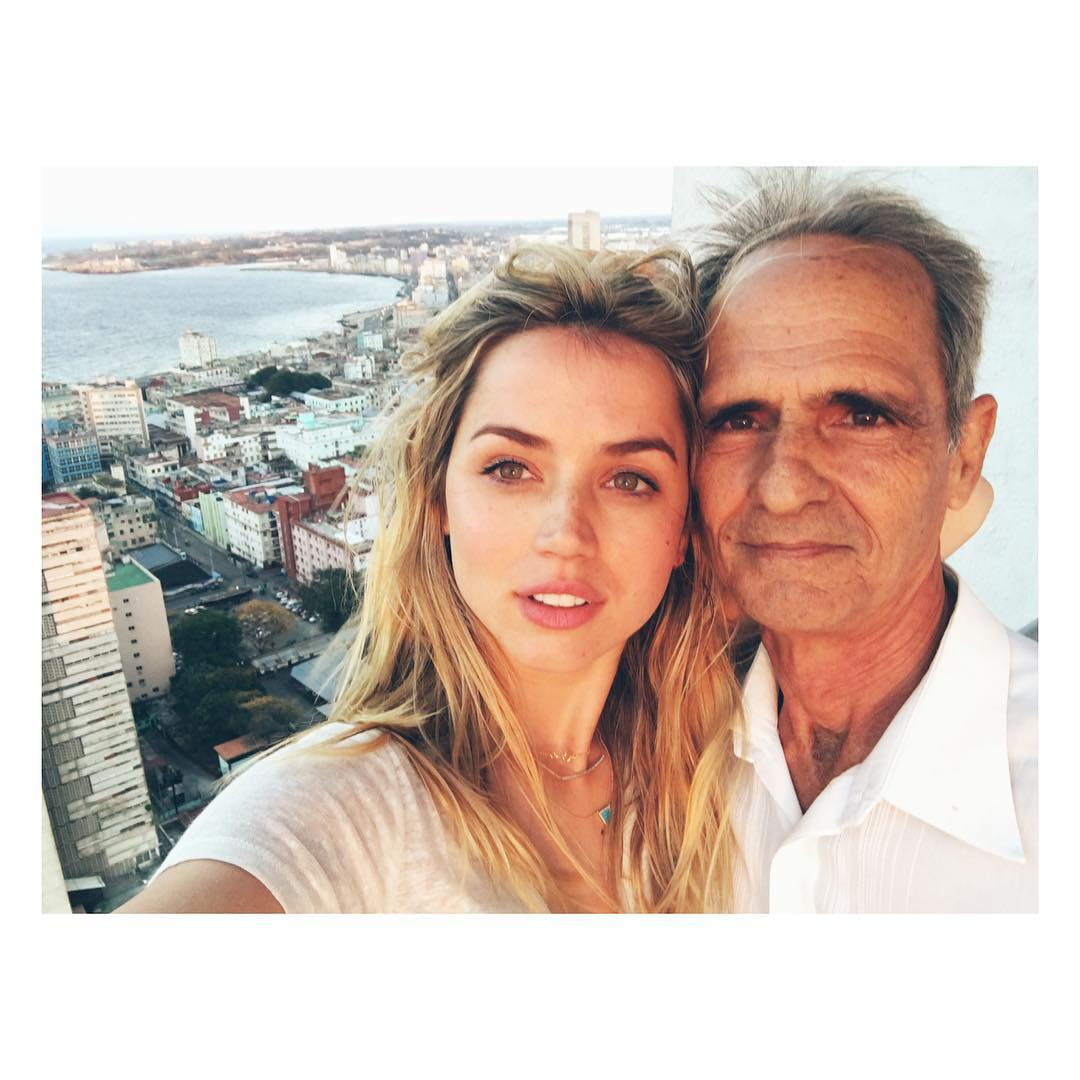 Ana with her dad Ramon, a teacher who worked part-time in an oil refinery

She said previously: “When I call my parents and tell them I got a role, they don’t always understand the magnitude of it.

“I have to remind them who Keanu Reeves is. But they’re just so happy I’ve got a job.”

Being inundated with work meant that when Ana landed her role in No Time To Die, she had just days to get herself in shape for the stunts and gun fights her character performs.

She said: “I tried to have a training plan. My preparation was not as long as I would have liked.

“I was shooting something else and I had only a few days to train, so I went straight to shoot for Bond.

“I didn’t have the time to actually commit to any kind of diet or workout or training because my schedule just didn’t allow for it.

“Those few days that I did have some training — I had the gun training and learned the choreography for the scenes — were very intense, for sure.

“It was a short but really intense immersion into the Bond universe, so I quickly transformed into a CIA agent.”

After the journey Ana’s been on, playing a CIA agent must have been a walk in the park. 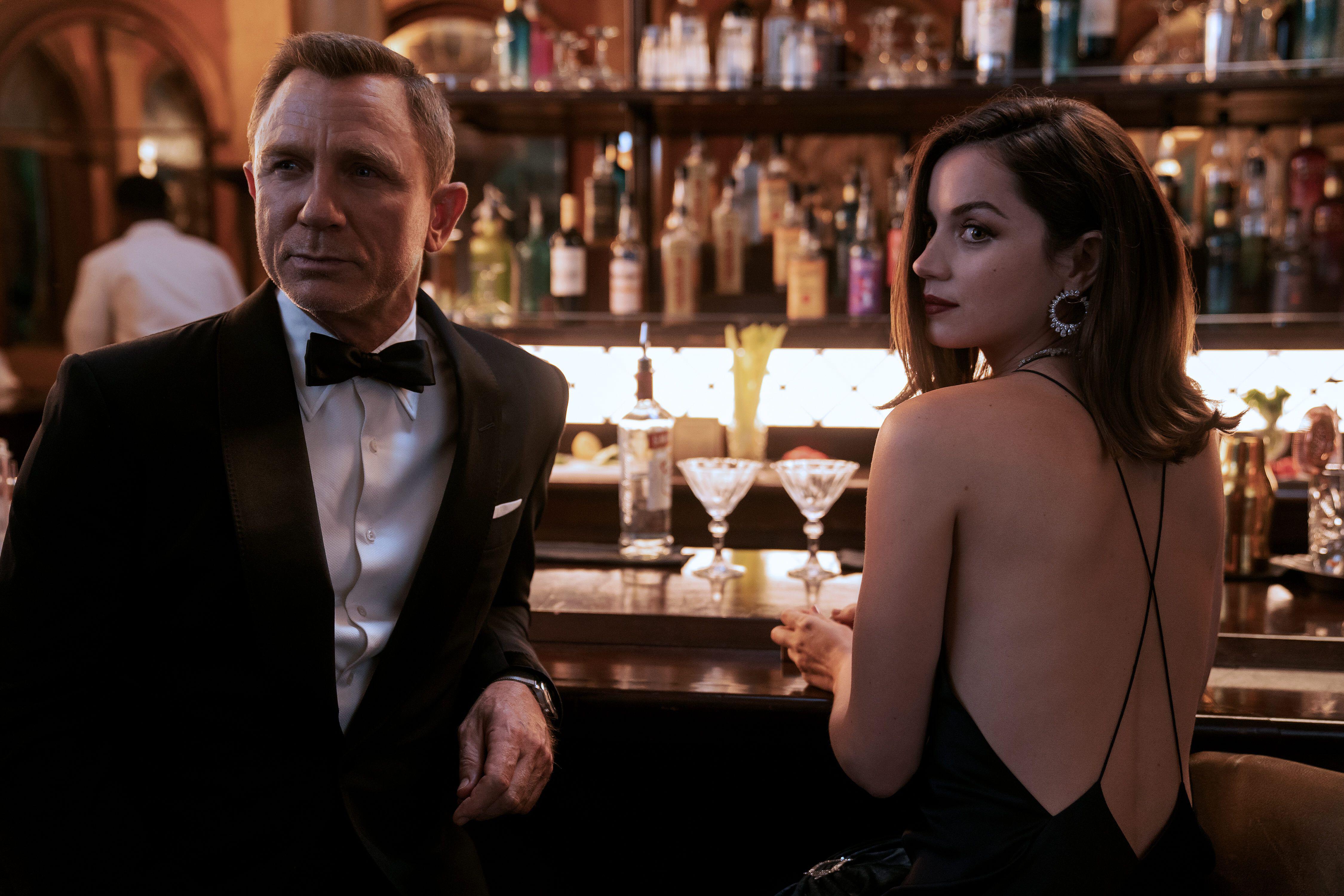 No Time to Die is out in cinemas on Thursday, with Ana de Armas playing PalomaCredit: Alamy