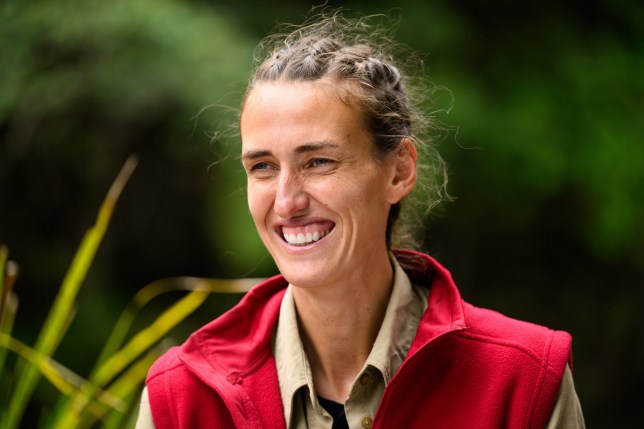 Jill Scott opened up about being gay as a footballer (Picture: James Gourley/ITV/Shutterstock)

I’m A Celebrity…Get Me Out Of Here star Jill Scott has admitted it’s more difficult for male football players to come out than female players, saying: ‘It’s not a safe environment’.

Former Lioness Jill is engaged to Shelly Unitt, and chatted with Culture Club star and fellow campmate Boy George about their experiences coming out.

Jill said: ‘I think in the men’s game, it’s so difficult.

‘If you think about how much stick they get from the chants… it’s just not a safe environment where they feel safe enough to kind of do that. And that’s so sad. But yeah in women’s football it’s just never an issue. Some have partners that are female, some are married to men, yeah…’

She added: ‘Then obviously there was no female role models for me to look up to… But I’d watch [David] Beckham do a trick or [Steven] Gerrard do something and I’d just be practising for hours.

‘I was literally in the back lanes just with my ball all day all night until my mum would shout, “Jill it’s time for your tea” and then I’d be back out again because I wanted to perfect this skill.’ 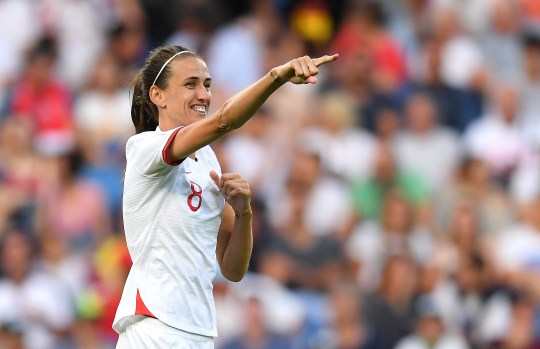 Jill continued: ‘And now I’ll put on my own soccer camps and the girls have the female players on the back of their shirt.’

Speaking about his experience, Boy George said: ‘I think, for me, Bowie was the beginning of me going, “Oh my god, I’m not alone.” It didn’t matter whether he was gay, straight or bisexual, he was a massive role model.

‘When I was 16/17 I was outrageous… This one time I went out as a nun. When we got on the tube there were real nuns on the tube. I was sitting eating a packet of cheese and onion crisps, dressed as a nun with the most amazing make-up. They knew I wasn’t a nun!’ 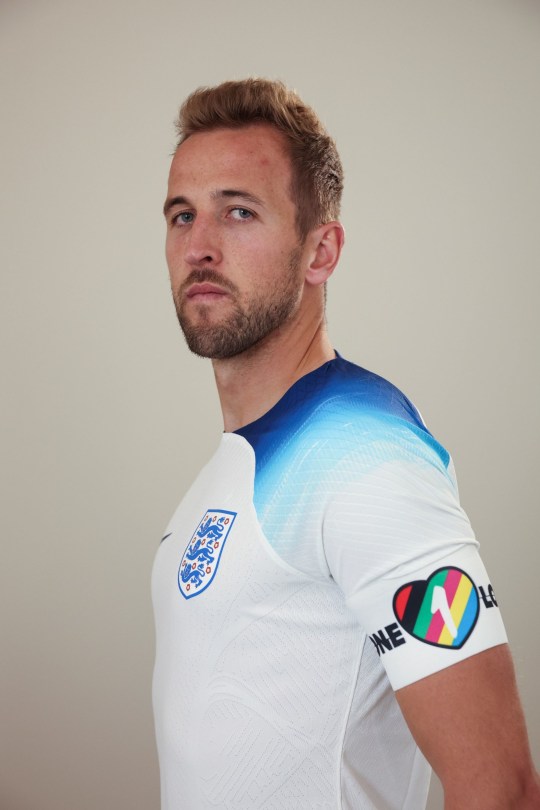 The FA announced that players wouldn’t be wearing the OneLove armband (Picture: PA)

Jill’s comments come after it was announced that English and Welsh players wouldn’t wear OneLove rainbow armbands at the World Cup due to the risk of sanctions from FIFA.

A number of nations had stated their intention to wear the armband in support of the LGBTQ+ community and to highlight Qatar’s archaic homosexuality laws in the process.

A statement from the FA confirmed: ‘FIFA has been very clear that it will impose sporting sanctions if our captains wear the armbands on the field of play.

‘As national federations, we can’t put our players in a position where they could face sporting sanctions including bookings, so we have asked the captains not to attempt to wear the armbands in FIFA World Cup games.

‘We were prepared to pay fines that would normally apply to breaches of kit regulations and had a strong commitment to wearing the armband.

‘However, we cannot put our players in the situation where they might be booked or even forced to leave the field of play.

‘We are very frustrated by the FIFA decision which we believe is unprecedented – we wrote to FIFA in September informing them of our wish to wear the One Love armband to actively support inclusion in football, and had no response.

‘Our players and coaches are disappointed – they are strong supporters of inclusion and will show support in other ways.’

I’m A Celeb: Who was the third campmate eliminated?

Euros penalty miss will always haunt me… now I’ll give 110 per cent to make the nation proud at World Cup, says Saka