Chris Moyles appears to have had a falling out with former mate Comedy Dave (Picture: ITV)

I’m A Celebrity…Get Me Out of Here! campmate DJ Chris Moyles has ruled the airwaves for the past two decades, but along the way he’s worked with others who have helped him get to the top.

First starting his The Chris Moyles Show on the BBC which ran from 2004-2012, before moving it to Radio X in 2015, Chris has become famous for his maverick broadcasting style.

In recent times his huge weight loss has also seen him hit headlines, and he’s been pretty open to chatting to his campmates about it since they met.

When fellow campmate and Love Islander, Olivia Attwood, failed to recognise Chris, he replied: ‘I used to be really fat.’

While he doesn’t seem to have ruffled too many feathers since entering the jungle alongside others like Boy George and Mike Tindall (he can clearly lay low with Matt Hancock about), it’s a far cry from some of the controversies he’s found himself in over the years.

From accusations of sexism and homophobia due to statements he has made on the air and in the press, Chris has also faced fall outs closer to home, including with his former colleague sidekick David Vitty, perhaps best known as Comedy Dave. 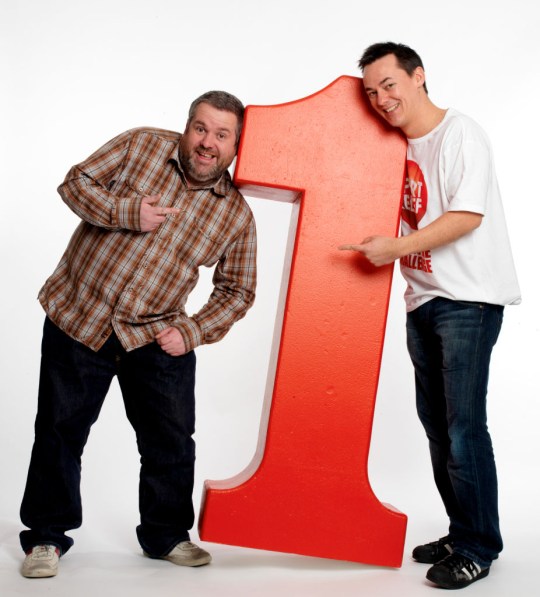 Chris and Dave worked together for over a decade (Picture: George Bodnar/Comic Relief/Getty Images)

When Chris introduced himself to some of the other celebrities this week, he labelled himself, the ‘best broadcaster of my generation.’

While he managed to rile some people online up with his apparent lack of modesty, admittedly, he wasn’t too far off in his description.

Previously holding one of the most coveted presenting gig on the UK’s airwaves — fronting the BBC Radio 1 Breakfast Show, Chris held the job for eight years and became the longest-serving breakfast presenter on the station in the process.

Sitting right beside him along the way was Comedy Dave, who started off as a broadcast assistant before rising through the ranks to work as the head writer and Director of Comedy.

For 14 years the pair worked together and Dave was best known for his Tedious Link segment.

However in July 2012 it was announced that The Chris Moyles Show would be wrapping up on the BBC, but when it was re-launched three years later, Dave was nowhere to be seen (or in this case, heard). 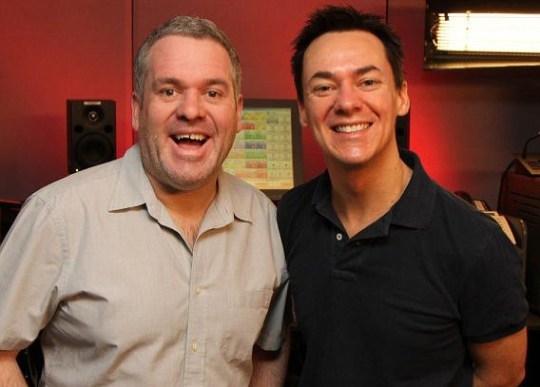 The pair appear to have fallen out around the time their show wrapped (Picture: BBC)

In short, it appears not.

Soon after the radio show wrapped, Chris was spotted on holiday with a group of friends, including Dave’s ex-wife Jayne Sharp, who he’d split from just months earlier.

Around the same time it was reported that the former friends were no longer on speaking terms and that they had held separate leaving parties when the show had finished earlier that year.

At the time a Radio 1 insider told the Daily Mirror: ‘They were so tight-knit but that changed almost overnight after Dave got wind of the friendship’.

‘Things deteriorated fast and it was never the same again.’

The same source added that things were ‘very bitter’ between them.

‘Dave has got absolutely no time for Chris any more, and they hardly spoke except when absolutely necessary for the show,’ the source said.

‘To say there’s no love lost would be an understatement. Dave feels totally betrayed. It’s a shame. They were best friends for years.’

While Dave returned to the airwaves on Hits Radio in Manchester in 2018 for around a year, he’s most recently been working as a senior producer for a content making company.

The only time either appears to have spoken about the rumours of their friendship break-down was in 2016 when Chris told the Guardian that they ‘haven’t spoken in a while’.

I’m A Celebrity returns tonight at 9pm on ITV.

How to Use Frugal Innovation to Grow Your Startup