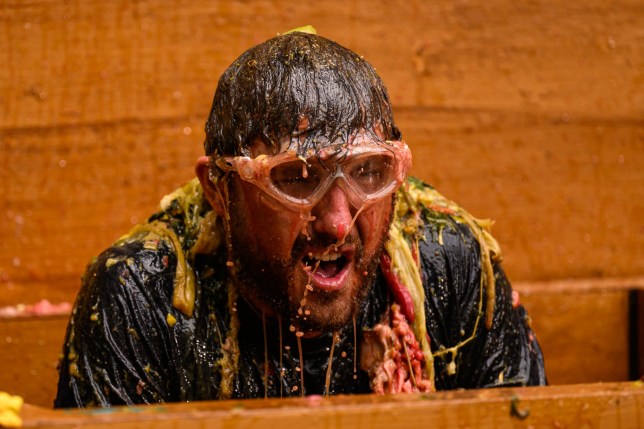 I’m A Celebrity…Get Me Out of Here! campmates have been subjected to some truly stomach-churning challenges, but they might have just faced the worst one yet.

In Tuesday night’s Bushtucker Trial, Boy George’s morning meditation practices appear to have inspired what they were tasked with.

Boy George, along with Mike Tindall and Seann Walsh really had to test mind over matter in Grot Yoga.

Having to recreate poses named Burrowing Cockroach, The Moth, The Pigeon, The Mudcrab, The Stick Insect and The Toad, would have been hard enough, but the trio also had to contend with being covered in deeply questionable substances.

As they sat trying to stay in the zone, out came offal, rotten fruit and vegetables, fish guts and slime.

In the moments after they were shielded in the various materials they had to pass a star between their mouths before it was finally dropped in a basket. 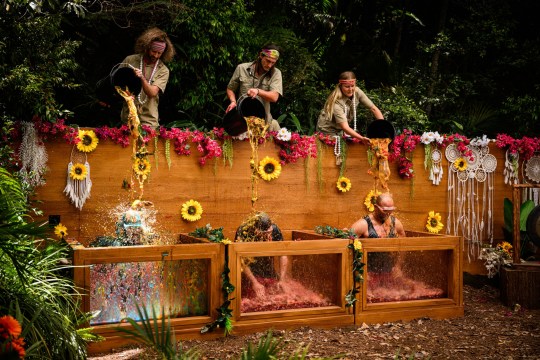 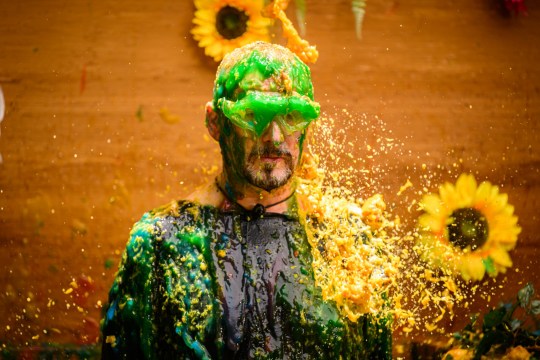 Boy George got into a State of Zen (Picture: James Gourley/ITV/REX/Shutterstock) 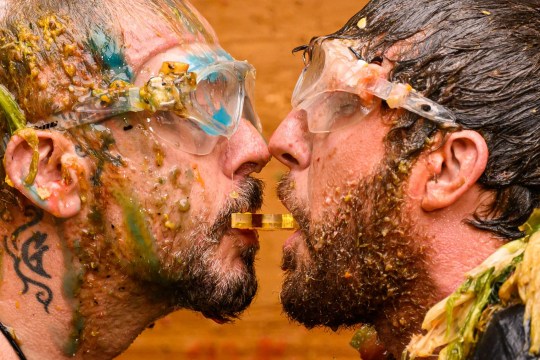 Things got very close during the challenge (Picture: James Gourley/ITV/REX/Shutterstock)

Whilst it was quite a gross challenge it wasn’t particularly hard. But honestly I really would not like to do it. ð¤¢ð¤¢#ImaCeleb

While Boy George and Mike didn’t seem too fazed by any of it, Seann was clearly struggling, especially after it became clear that they would be stinking of bin juice for hours, and maybe days, to come. 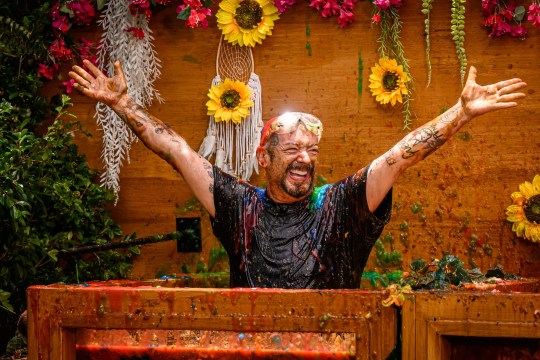 ‘You are sick people,’ he told Ant and Dec as they were totally losing it laughing.

While some people had some sympathy for Seann, others were too busy trying to control their own stomachs just watching on from home.

With the boys walking away with eight stars, they were later rewarded with an ostrich egg, which they turned into a tortilla. 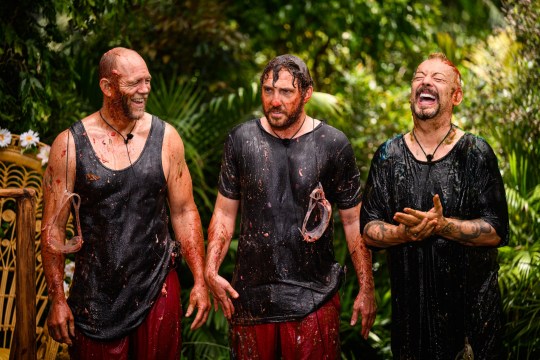 Seann realising how much he stinks (Picture: James Gourley/ITV/REX/Shutterstock)

But while Sean might forgive, he will likely never forget.

‘You are sick people,’ he said during the challenge.

But as Boy George said, all he needed to do was ‘believe’ in the power of meditation.

Essex: Fox trashes kitchen, takes a nap on counter and refuses to leave