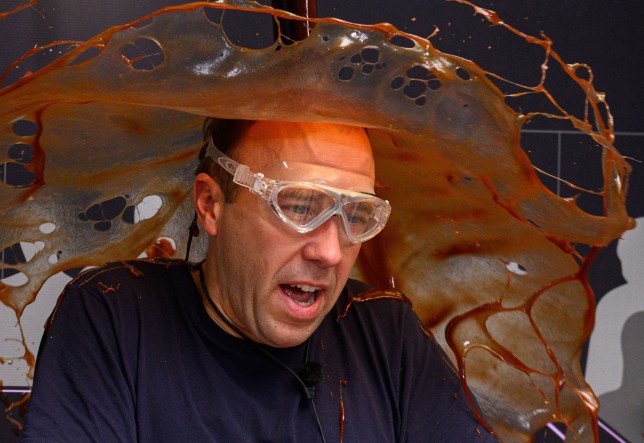 Matt Hancock has once again been voted in for another bushtucker trial – and by this point, viewers are sick of it.

So far, I’m A Celebrity… Get Me Out of Here! viewers have seen Hancock get covered in slurry in an underground tunnel with Seann Walsh, face the Tentacles of Terror solo, have slime dumped on him with Owen Warner in Saturday’s episode, and faced the first eating challenge of 2022 with Boy George.

And now he’s onto number five: House of Horrors.

At the end of Saturday night’s episode, Hancock – who only scored five out of a possible 11 stars with Owen earlier on – was announced as the next one to be taking the bushtucker trial.

Ant McPartlin and Declan Donnelly had narrowed the contestants down to two: the former health secretary and radio presenter Chris Moyles, but once again, Hancock has been left to face the critters.

And viewers aren’t too happy about it.

‘Ugh I’m so annoyed, getting sick of it constantly being Matt doing trials, he’s getting too much screen time,’ one person wrote.

Another penned: ‘Right I get that Matt Hancock isn’t loved by the British public, but putting him in every trial on #ImACeleb is beyond petty.’

Right i get that matt Hancock isnt loved by the british public, but putting him in every trial on #ImACeleb is beyond pettyð¤·ð½ââï¸

#imaceleb ugh Iâm so annoyed, getting sick of it constantly being Matt doing trials ð heâs getting too much screen time ð­

Matt Hancock doing yet another trial !!! Getting boring

@imacelebrity .. Awh for gods sake, this is getting ridiculous, gonna turn it off,,Matt Hancock AGAIN?? Should have a limit on the trials.. he might as well just sayâok, itâs me, letâs go.. sick of it every night

After Hancock was announced to be doing the fourth bushtucker trial earlier this week, some viewers even went so far as to suggest a new rule should be put in place to ensure contestants don’t do too many trials in a row, for fear that the series will become ‘boring’.

‘@imacelebrity need to bring a rule in that if you get voted for a trial you then can’t be voted for the next one, the same person over and over just gets boring #ImACeleb,’ one person tweeted.

‘#ImACeleb Needs to change voting rules where a celeb can’t have two trials in a row. Gets so boring each year seeing same person doing them,’ someone else wrote.

Meanwhile, one individual urged other I’m A Celeb viewers to change their voting patterns, tweeting: ‘Sorry but we need to stop voting for @MattHancock to keep doing trials and give the other celebs a turn.’

I’m A Celebrity returns tomorrow night at 9pm on ITV.