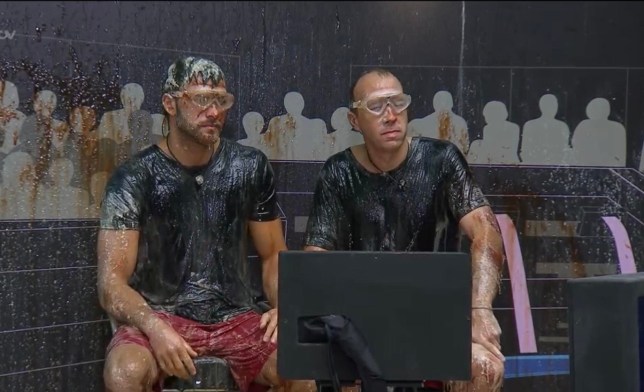 The pair didn’t do as well as hoped (Picture: ITV)

Matt Hancock and Owen Warner were left feeling ‘deflated’ after scoring less than half of the stars available during a very slimey challenge.

The former health secretary and Emmerdale star had been voted in by the public to face the next bushtucker trial, but for the first time this series, their other campmates including Boy George and Mike Tindall were watching.

Before the pair were covered in some slimey substances, Ant McPartlin explained: ‘This is the jungle’s version of the legendary TV show Who Wants To Be A Millionaire? Now I’m afraid for you two, there’s no cash up for grabs today. But there are 11 stars,’ before explaining the rules and highlighting that the ‘audience’ weren’t allowed to help.

Although it wasn’t long before they tried to have an input.

Owen and Hancock were also given the option of being saved by lifelines, in the form of asking Ant and Declan Donnelly.

First up the pair were asked who plays Sirius Black in Harry Potter, which was left in the hands of Ant and Dec while they were doused in brown sauce.

Next, they failed to win stars based on which Australian city the Hemsworth brothers were born in. 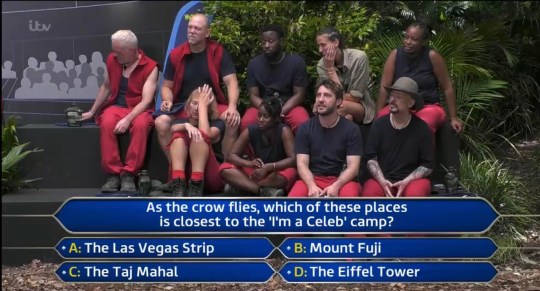 Their fellow contestants were accused of cheating (Picture: ITV)

But their fellow campmates made it pretty clear this wasn’t the right answer, with a series of coughing and noises, before Dec accused them of ‘cheating’.

As they moaned, Dec replied: ‘It was your final answer as you all coughed! That was the rules guys.’ 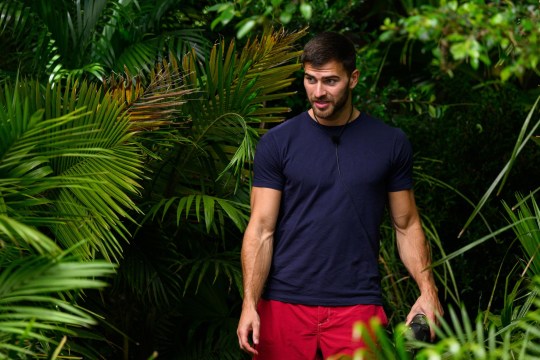 For another answer, as the pair continued to be pelted with feathers, custard and other messy substances, they called on Sue for help using their Phone A Friend card with a question on Coronation Street.

By the end of it, they only managed five out of 11 stars.

Owen admitted: ‘I’m not happy man, I’m covered in all sorts and we’ve only got 5 stars… he [Hancock] was doing well until you got me on his team.’

Later he added in the Bush Telegraph: ‘I’m feeling very disappointed, very deflated. I’m not the smartest geezer about, which is probably why I got put to do that.’

He added: ‘I feel a bit awful, I feel a bit bad, I feel really tight that I’ve let the campmates down a little bit.’

I’m A Celebrity… Get Me Out of Here! continues tomorrow night at 9pm on ITV.