Carol Vorderman said she has ‘a little bit of sick in my throat’ thinking about the fact that Matt Hancock is now at the centre of thirsting TikTok fan accounts since starting on I’m A Celebrity…Get Me Out of Here!.

Hancock may have caused controversy for entering the jungle, but it seems he has endeared himself with millennials after fan accounts starting popping up on the social media site.

While the disgraced MP was not only forced to resign for breaking his own social distancing rules and has been criticised for abandoning his constituents during a cost-of-living crisis to star on a reality TV show, he’s managed to gain some fans.

Since the show started last week, several accounts have popped up that praise his efforts in the jungle, while others have gone so far to label him a heartthrob.

There are countless fan accounts, with some called ‘hotmatthancock’, ‘welovematthancock’, ‘matthancockisafittie’, as well as more than a few that claim to be the ‘official’ account of the politician.

But when confronted with this on This Morning, Carol didn’t hold back. 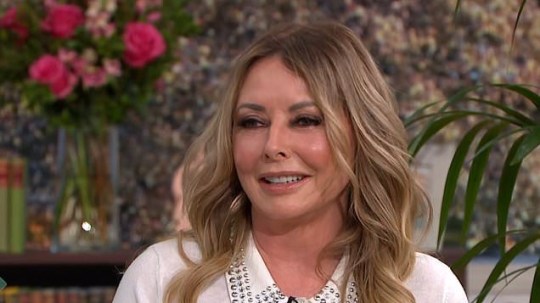 Carol is not in the Hancock fan club (Picture: Ken McKay/ITV/Shutterstock)” />

Carol is not in the Hancock fan club (Picture: Ken McKay/ITV/Shutterstock)

‘There’s a little bit of sick in my throat when I think about that. Nope, can we move on, I mean each to their own, but no,’ she said.

The specific account she was told about was called ‘matt hancock daddy’ and referred to him as ‘our favourite jungle boy’.

As host Holly WIlloughby said, ‘there is a line that has been crossed some would say’. 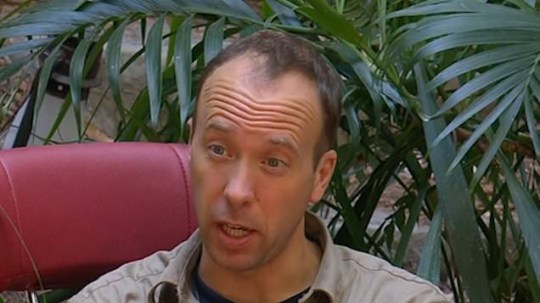 Who would have thought Hancock would be declared a heart-throb (Picture: ITV)

After being vote to compete in six consecutive Bushtucker Trials, Hancock was clearly being targeted by those watching along at home, but it appears his efforts to show his ‘human side’ might be working for some.

While many of the accounts left haven’t picked up an influx of followers, and some seem to have been created ironically, some members of the public seem to be warming to him.

Great thing is, Matt Hancock just deals with everything & takes it on the chin, showing a great underlying strength of character.

Donât normally watch Im a celebrity past the first couple of episodes usually boring,but this one is unmissable,getting Matt Hancock in there was a great move his determination in the trials is great ,his dancing and catwalk was hilarious and the others feed off him .ððð

I think your doing great Matt, ignore the haters. Everyone makes mistakes

But despite his efforts, there are unsurprisingly far more negative comments calling him out for signing up to the show.

It has also been revealed that there have been nearly 2,000 Ofcom complaints about him being on our screens.

However, in a statement the regulator said that they could not enforce any sort of ban.

‘It’s worth being aware that under our rules, in principle – and taking into account freedom of expression – there’s no ban on any particular person taking part in programmes,’ it said.

‘However, if the mere presence of a person is likely to cause offence, we would expect broadcasters to take steps to mitigate or justify that offence.

‘How they do that editorially, is up to them.’

Everyone’s getting free travel in Ibiza, Majorca & Menorca next year – here’s how