Now, you might not have Boy George down as a fan of A Place in the Sun, but he appears to be an avid viewer.

The Karma Chameleon hitmaker is part of the starry line-up for I’m A Celebrity… Get Me Out Of Here! 2022, alongside the likes of Chris Moyles, Mike Tindall, and Jill Scott.

As the show returned to Australia for the first time since the pandemic hit, Ant and Dec brought the reality show back with a bang, after two years at Gwrych Castle in North Wales due to Covid-19 travel restrictions.

On a glistening marina, George was first to arrive. Swiftly followed by Sue, George said to her: ‘It feels glamorous, but I’ve got a suspicion…’, and he had every right to be suspicious, because the jungle experience is never a walk in the park.

Owen was next to arrive who admitted he had to keep ‘pinching himself’, before Scarlette arrived. 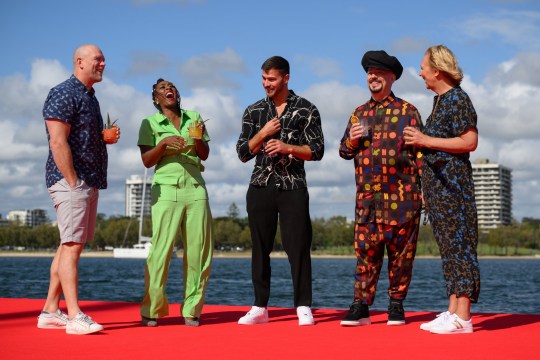 The stars got to know each other ahead of their jungle experience (Picture: James Gourley/ITV/Shutterstock) 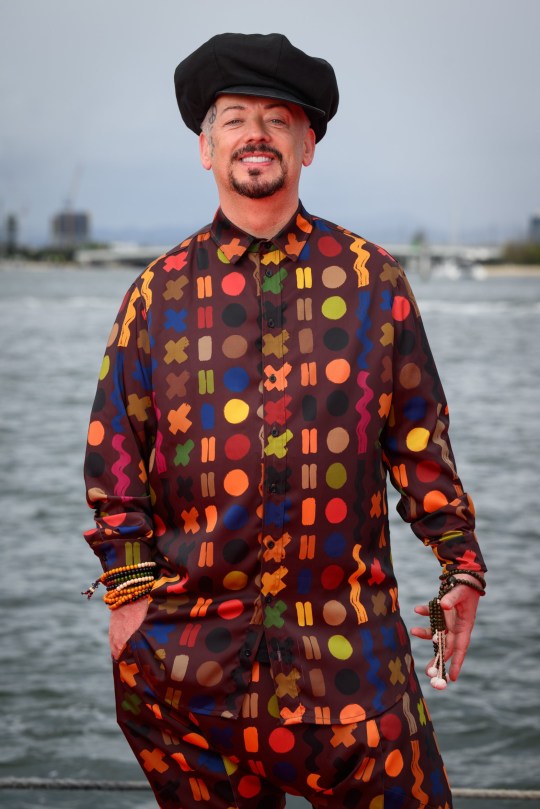 Boy George was on hand to educate Owen on the facts of daytime telly (Picture: James Gourley/ITV/Shutterstock)

‘She’s from A Place In The Sun,’ a keen George told the soap star, who was somewhat bewildered and clearly not a daytime telly fan.

Owen asked: ‘Whereabouts?’, to which George replied: ‘No, like the TV show.’

The exchange had viewers at home in stitches, with one tweeting they were ‘creasing’ and ‘love’ Owen already for the iconic comment.

@imacelebrity @Hollyoaks lad has me creased. Other celeb states âoh sheâs from a place in the sonâ and he responds âwhereaboutsâ ðð¤£ð¤£ð¤£ð¤£ð¤£ love him already lol. @antanddec #ImACeleb

Last to arrive was Tindall, who said of his approach to the challenge ahead: ‘That is basically my life, rock up, react, see what happens.’

Arriving by boat, Ant and Dec dropped in on the celebrities to let them know what was happening next, now their I’m A Celeb adventure was underway.

Dec revealed that the Culture Club member had already been chosen by the public as a Jungle VIP, and he chose Scarlette to be his plus one for a delicious meal for two on a luxury yacht. 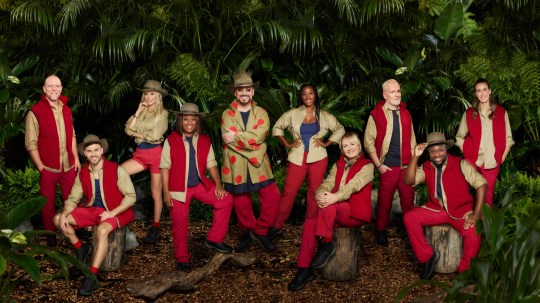 I’m A Celebrity is back, baby! (Picture: ITV)

Asked why he chose her, George praised: ‘Her outfit! She looks good, her earrings are great.’

‘We’ll bring the glam to the Jungle!’, Scarlette declared… although, we might ask them again in two weeks when they’re missing their home comforts.

Dec told the remaining campmates: ‘Owen, Mike, Sue the start of your Jungle adventure is going to be very different. And your journey begins right now, where you’ll have to earn your food along the way.’

The non-VIPs were then tasked with facing critters to collect three stars representing their meals, which they managed to complete.

Let’s just hope they can keep that up. Otherwise, stomachs will be rumbling…