The cast has arrived, and they’re raring to go! (Picture:Joel Anderson/ITV)

After weeks of widespread rumours and speculation, the cast of this year’s series has finally being officially confirmed by ITV, days before the show’s start date in Australia.

Stars in the line-up who’ve headed to the land Down Under have included 80s music icon Boy George, former Love Island contestant Olivia Attwood and royal Mike Tindall, with the group all donning their survival gear before heading into camp.

So who’s in the cast, who do you reckon will win and who do you think will fare best in the gruesome and terrifying Bushtucker Trials? 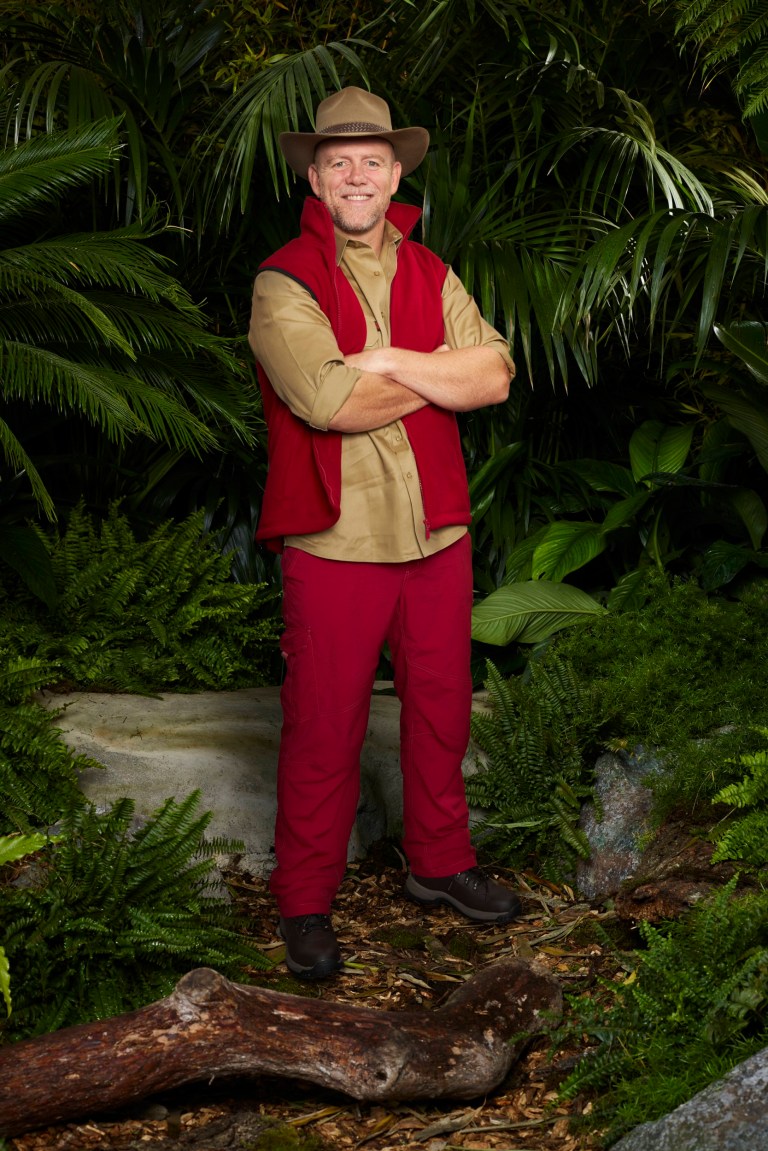 Mike is making history as the first royal ever to compete on the show (Picture: Matt Frost/ITV)

The first member of the royal family ever to join the cast of I’m A Celebrity, Mike has predicted he’ll be voted to do plenty of the trials in the jungle.

‘I am used to doing something where you know if you do the best you can, you can win. This isn’t that set up. All I would hope to do is be useful to the group. Winning is out of your control,’ he said. 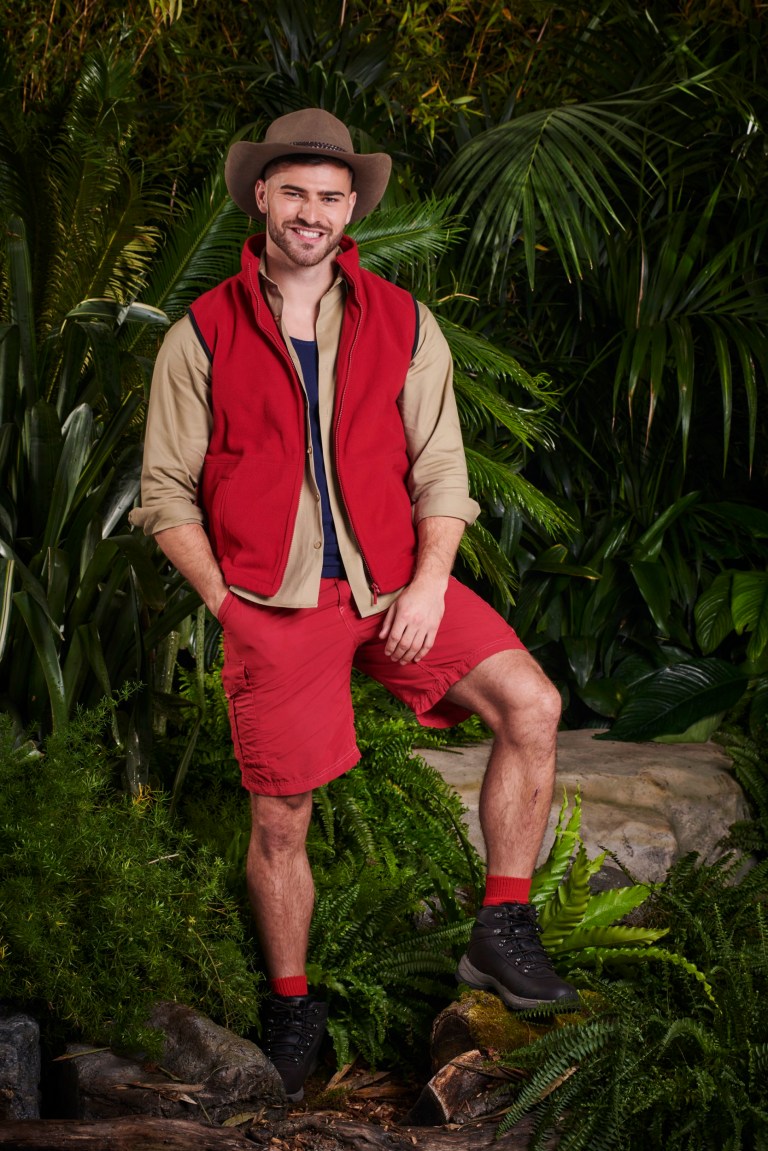 Owen says it hasn’t ‘sunk in yet’ that he’s joining the show (Picture: Joel Anderson/ITV)

Hollyoaks star Owen Warner, who stars as Romeo Nightingale on the Channel 4 soap, admitted he’s going to feel as though he’s ‘wasted’ his I’m A Celebrity experience if he isn’t given the chance to take on the Bushtucker Trials.

‘I am excited for people to get to know me as a person and not a character. People are so used to seeing me recite lines that have been written for me, and most of them are not what I would say myself,’ he said.

‘My character has been written out whilst I take part in the programme. He has gone to Spain for a little bit.’ 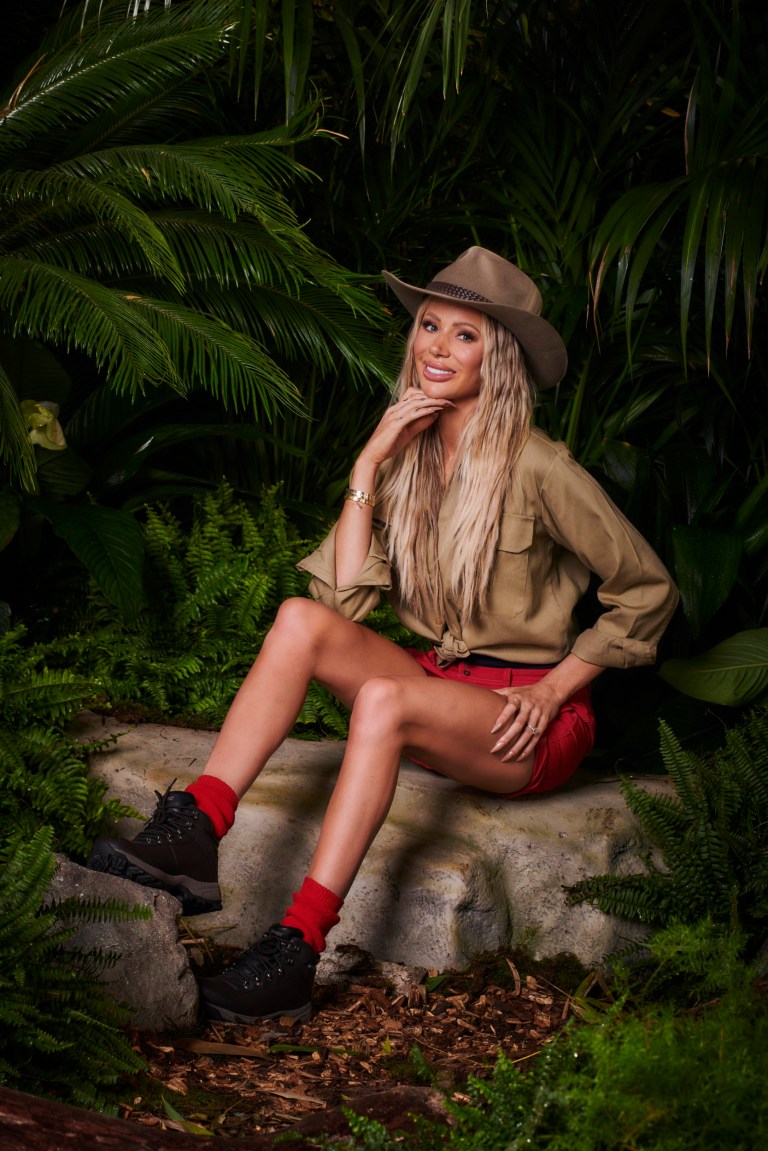 Former Love Islander Olivia Attwood is swapping the sunshine of the dating show villa for the I’m A Celeb jungle, and she’s going to give it her all.

Olivia – who first shot to fame in 2017 – admitted : ‘Being part of I’m A Celebrity still hasn’t sunk in yet and when I first got the call to take part, I didn’t really believe it! It felt surreal because taking part in the jungle is the absolute pinnacle. It’s the crème de la crème of all shows and obviously I didn’t have to think about it. I said yes immediately!’

She added: ‘One of the things that will be nice will be to show a different side to me. I think people think I am high maintenance and I will struggle without make-up and nails but I am not that bothered and I think that might surprise people. I am happy to muck in.’ 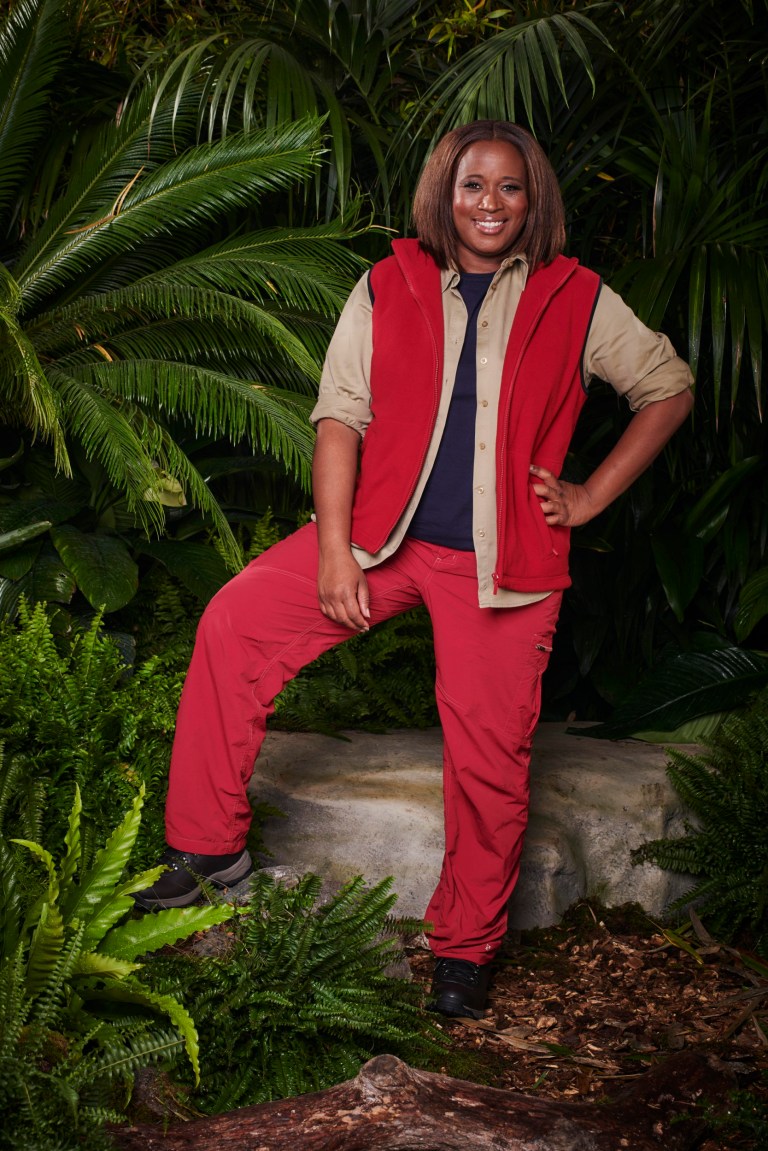 Charlene admitted she’ll ‘get teary’ in the camp away from her kids (Picture: Joel Anderson/ITV)

Loose Women star Charlene White opened up about her reasoning for joining the line-up, saying that there ‘aren’t that many opportunities to have when you get older’.

‘It will be nice to see if I can do this. I’ve given birth to two kids in quick succession, survived that and lived to tell the tale! So, I feel it’s now right to take on another big challenge,’ she said.

The ITV News anchor added that it’s going to be ‘very strange not being able to find out what is happening in the world’. 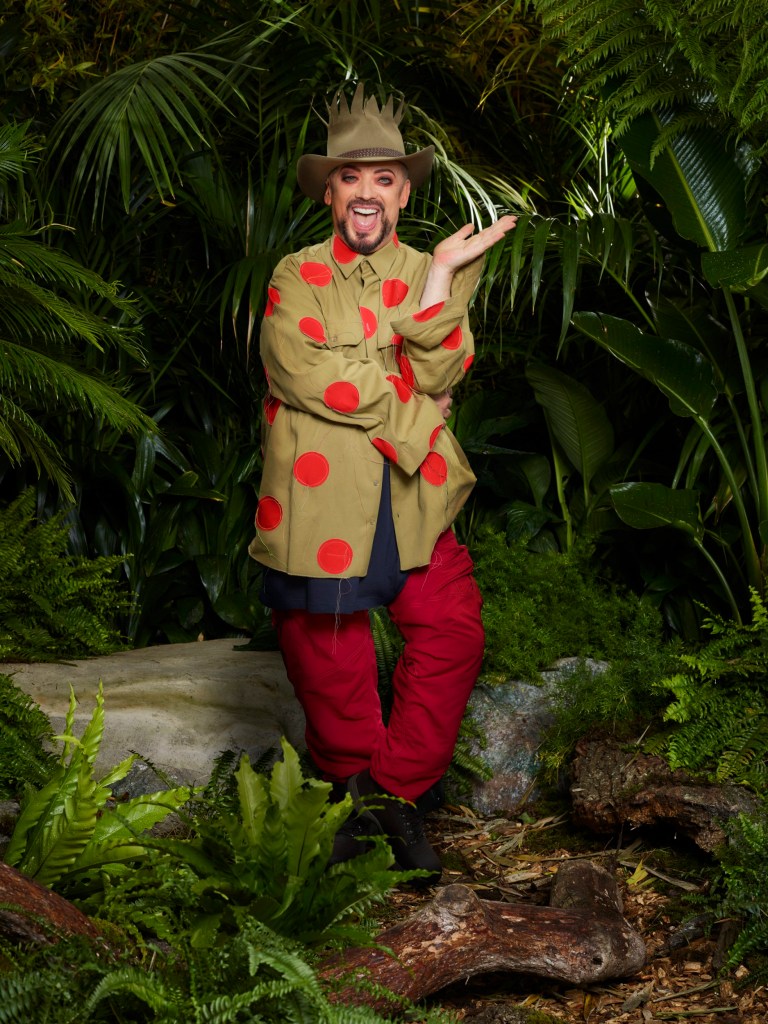 Boy George asked if he could customise his outfit for the photoshoot (Picture: Joel Anderson/ITV)

‘I am bored of being iconic in the corner and if you want to compete in the world then being part of telly is part of that,’ he said.

The Culture Club singer added that he’s ‘never been in the jungle’ and is ‘fascdinated by the experience’. 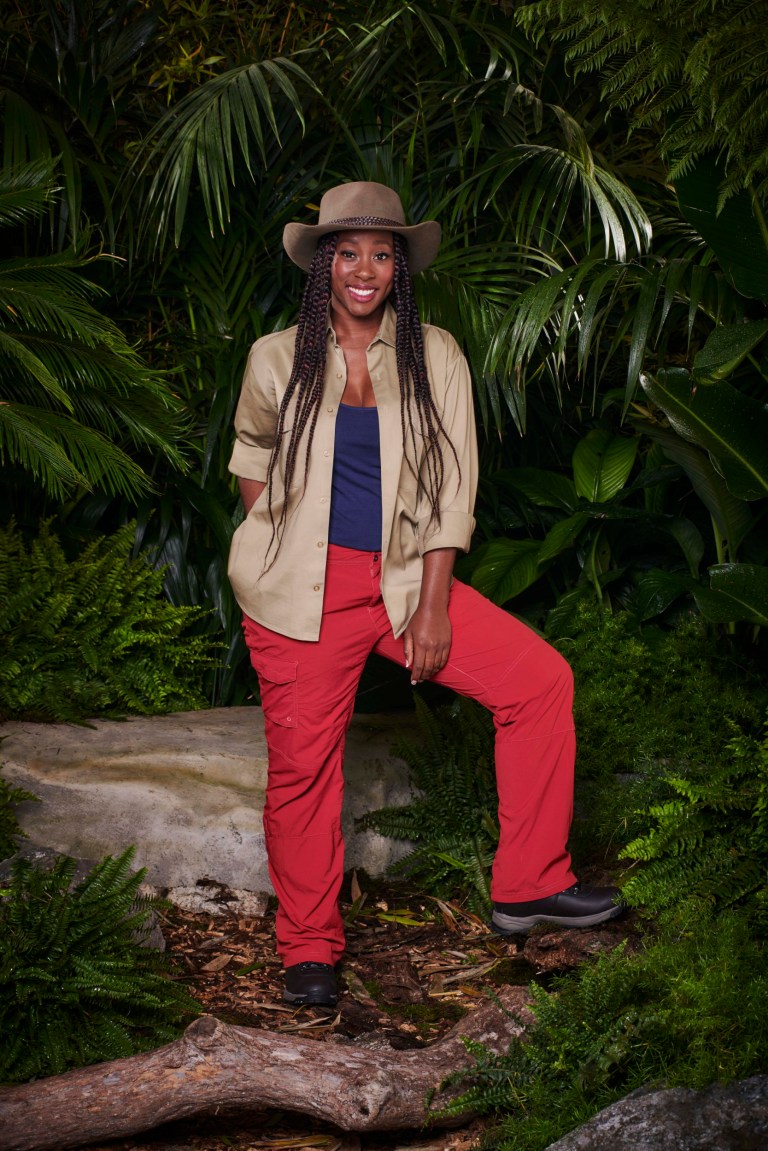 Scarlette Douglas, who’s a presenter on A Place In The Sun, didn’t try to conceal the huge fear of spiders she’s taking with her into the jungle.

The TV personality explained that throughout her life, ‘for whatever reason people have doubted me’, as she stressed how big a moment it would be if she were crowned Queen of the Jungle.

‘This programme is always something I have wanted to do as I like to test myself. It’s the cherry on the icing on the cake,’ she said. 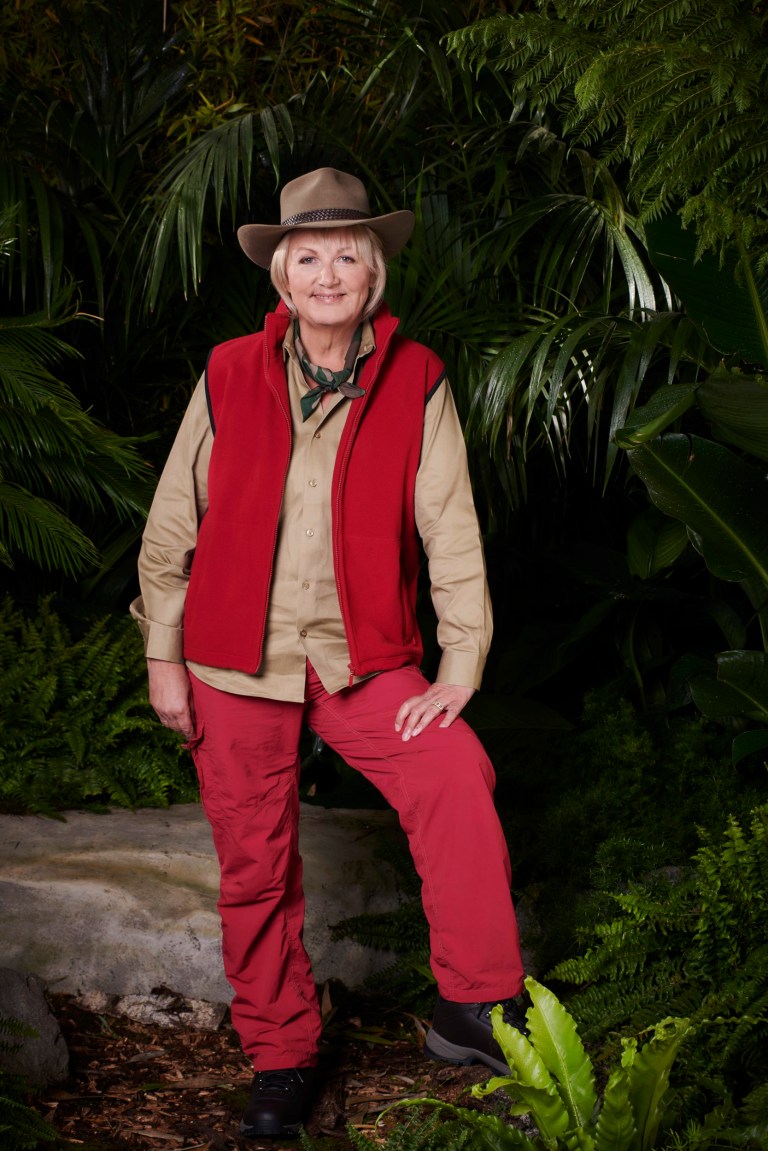 The Coronation Street actress had never considered being on the show before (Picture: Joel Anderson/ITV)

Sue Cleaver, best-known for her role as Eileen Grimshaw on Coronation Street, explained she felt determined to take on new challenges after the pandemic.

Her character has been written out of the soap while she’s in Australia, and she sought out her co-stars Simon Gregson and Jennie McAlpine for advice on being on the programme.

Sue’s keeping her phobias close to her chest, refusing to reveal what her greatest fears are. 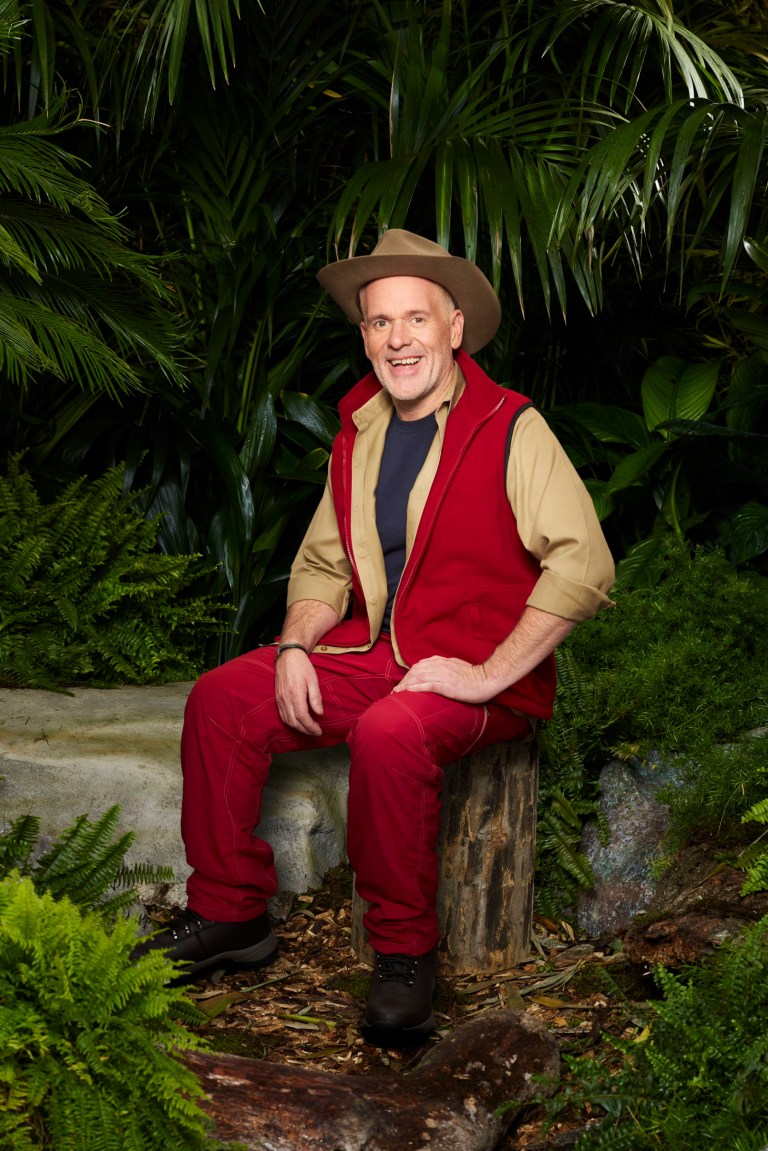 Despite being a ‘firm believer’ that you ‘shouldn’t scare yourself’ – rather than following the age-old adage that you should face your fears – Chris Moyles is throwing himself in the deep end.

The radio DJ admitted that in the past, he’s always turned down offers to do I’m A Celebrity, but this year, he ‘didn’t say no immediately’ and then ‘ended up going to a meeting’.

‘Now I don’t know why I said yes. But I am a huge fan of the show and I know what I am letting myself in for! My friends who have done it before have told me I will have a great time,’ he said. 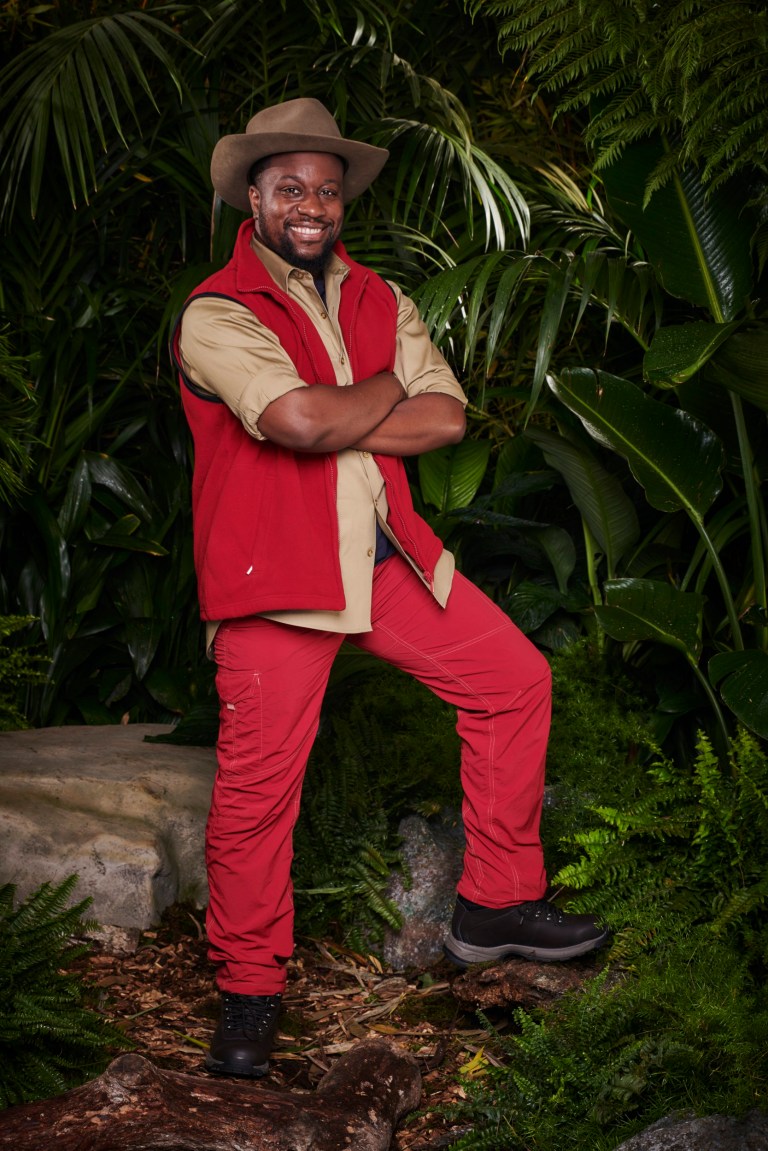 The comedian has starred on Celebrity Gogglebox with his friend Mo Gilligan (Picture: Joel Anderson/ITV)

Comedian Babatunde Aléshé has warned viewers he’ll be doing ‘a lot of screaming’ in the jungle, confessing that the trials he’s dreading the most are the ones when contestants lie in boxes while covered by creatures such as mice or snakes.

‘People are going to get to know me through this show a bit better and I just want to enjoy everything. I don’t want to be King of the jungle,’ the Celebrity Gogglebox star said.

‘I am quite happy to go back to normal life afterwards. But it will be a great adventure and my wife is excited and happy I am doing it.’ 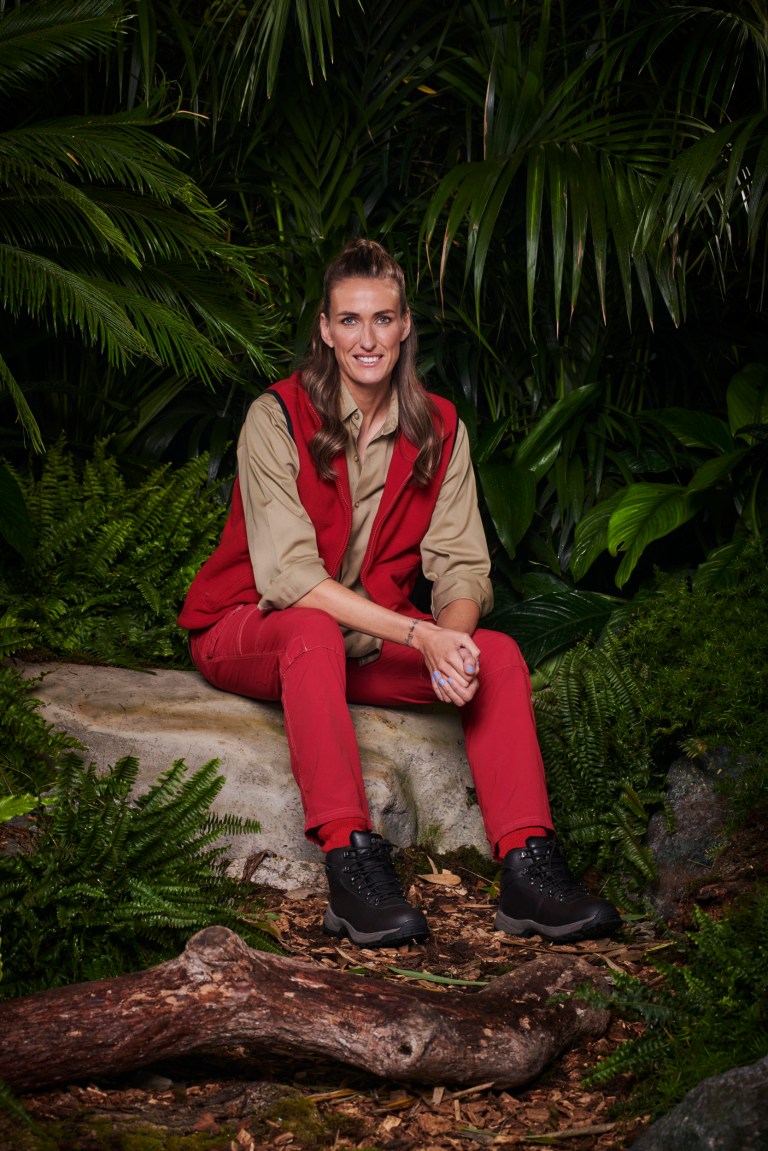 Jill reigned supreme with the Lionesses at the Euros earlier this year (Picture: Joel Anderson/ITV)

Earlier this year, England women’s footballer Jill Scott won the Euros with her teammates, before announcing her retirement from the game.

The athlete admitted that she’s feeling a ‘bit of imposter syndrome’ before heading into the jungle… but she’s ‘going with the flow’.

Jill added that she believes the other Lionesses will be ‘shocked’ when they find out she’s on the show, before adding: ‘But I think they will say if there is a show for Jill to go on, because of the team side, then this is the one to do.’

The only celebrity rumoured to be in the line-up who’s yet to be officially confirmed by ITV is comedian Seann Walsh, who famously courted controversy on Strictly Come Dancing in 2018 when he and his partner Katya Jones were photographed kissing while both in other relationships.

An insider described Seann as an ‘incredible signing’ and a ‘real coup’ for ITV.

‘His snog with Katya is the biggest scandal to have ever hit Strictly. People still talk about it,’ they said.

‘Seann has joked about his snog with Katya in his comedy sketches but he’s never spoken in detail about their relationship.

‘Life in the jungle is boring and those long hours around the campfire would be the perfect time for Seann to get talking.’