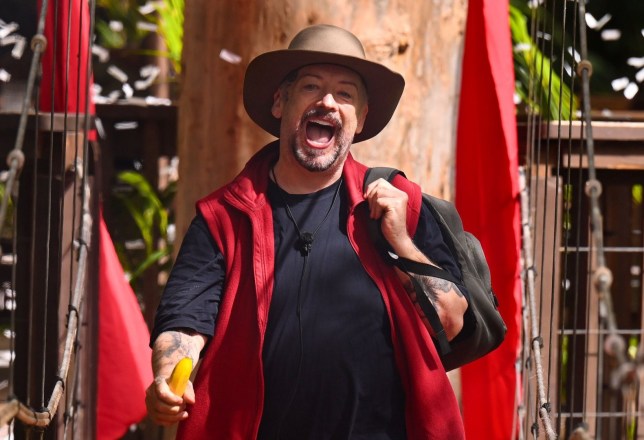 Boy George has become the fourth star eliminated from I’m A Celebrity…Get Me Out Of Here, insisting as he left that ‘not everyone is being themselves’ in camp.

The Culture Club musician, who reportedly threatened to quit the show at one point, hugged his campmates goodbye before heading over the bridge and chatting to hosts Ant and Dec.

He told the Geordie duo that he was ‘kind of ready’ to leave and excited to see his sister Siobhan, who greeted him at the bridge, as he looked back on his jungle highlights.

‘I am sort of ready, I’ve had an amazing time, I’ve done a lot of things I never thought I’d do,’ he said.

‘I had to forget who I was for the whole time I was in here, I had to let it go. It was quite interesting to get over it. To just go “I’m in the jungle, I have no control.”‘

‘I’m so looking forward to getting back in control,’ he continued. ‘It wasn’t easy at all but after a while you kind of just float into it.’ 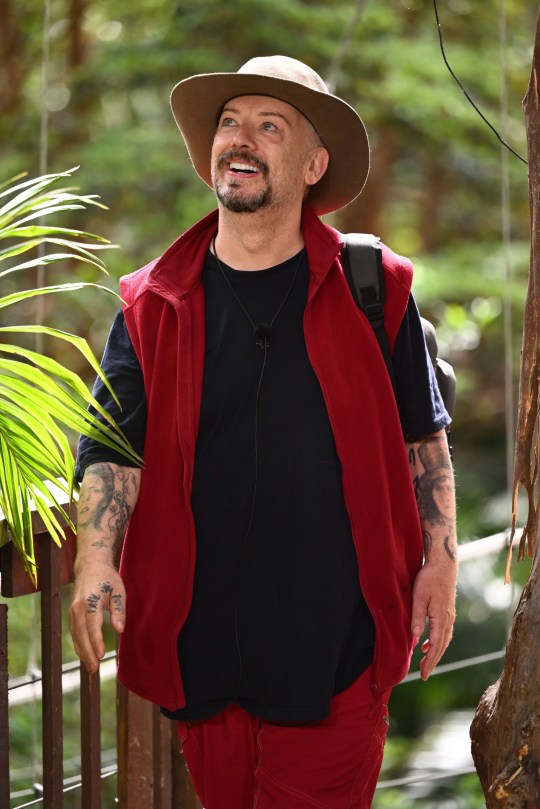 He admitted he was happy to go (Picture: James Gourley/ITV/REX/Shutterstock) 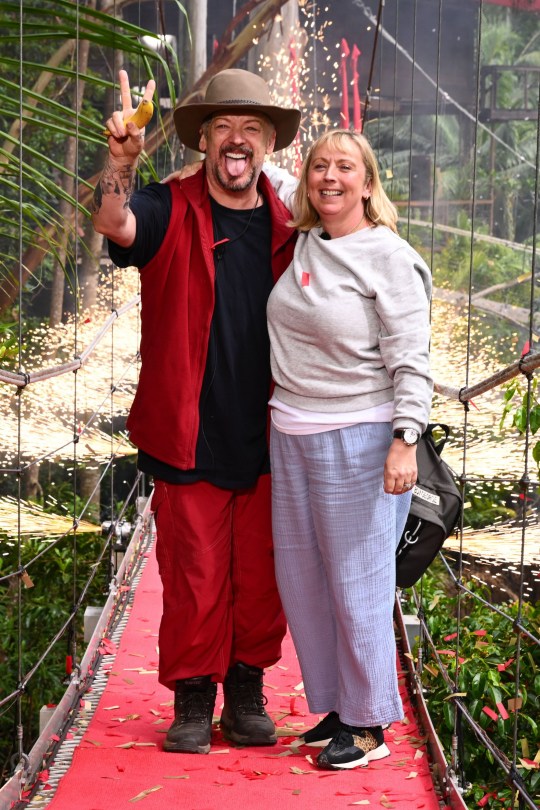 George was greeted by his sister Siobhan (Picture: James Gourley/ITV/REX/Shutterstock)

He referenced his initial shock at seeing former health secretary Matt Hancock in the jungle, saying it was ‘challenging’ but also argued that he ‘mucked in’ with everyone.

He also said he didn’t think everyone was ‘being themselves’ but refused to name names, insisting that some people spoke behind others’ backs.

Asked who he’d like to win, he answered Mike Tindall, saying there’s ‘a lot more to him than meets the eye’, adding that he also ‘loves’ Jill Scott. 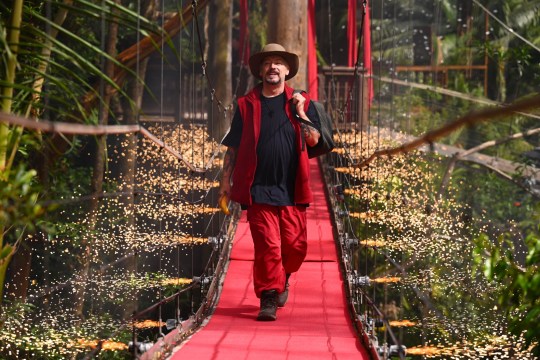 He insisted some people ‘aren’t being themselves’ in the camp (Picture: James Gourley/ITV/REX/Shutterstock) 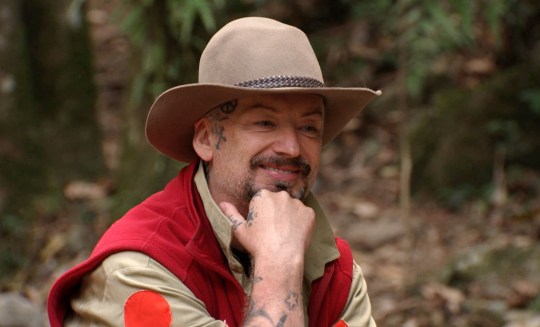 Boy George had an eventful time in the jungle (Picture: ITV/Shutterstock)

George had an eventful last few days in the jungle, taking on the Grot Yoga trial with Mike Tindall and Seann Walsh, which saw the trio earn eight stars for camp in a stomach-turning series of events.

However, the tides quickly turned for the stars when they enjoyed a trip to the Jungle Arms pub, enjoying food, drinks, and a karaoke sesh, complete with a group singalong to Culture Club’s Karma Chameleon.

George is the fourth star to go, after Coronation Street star Sue Cleaver left the jungle on Monday night, shrieking with joy as her name was called.

She followed A Place In The Sun star Scarlette Douglas, who was eliminated on Sunday night, and Loose Women star Charlene White, who was voted on Friday.

Fans were absolutely fuming following Scarlette’s exit, with some viewers pointing out that the first two stars to be voted out were Black women.

However, Scarlette has spoken out, saying she was ‘never going to get all of the votes’.

‘I’ve always come in here as an underdog,’ she said.

‘I’ve got the least profile of anybody else, you know, not everybody knows who I am. Hopefully they do now!

‘So I was never going to get the most votes. You know, even if you’re just looking at something like Instagram, I always have the least amount of followers,’ she added to The Sun.

I’m A Celebrity…Get Me Out Of Here continues tomorrow at 9pm on ITV.