I’m A Celeb: Chris Moyles gets just one star in Bushtucker trial 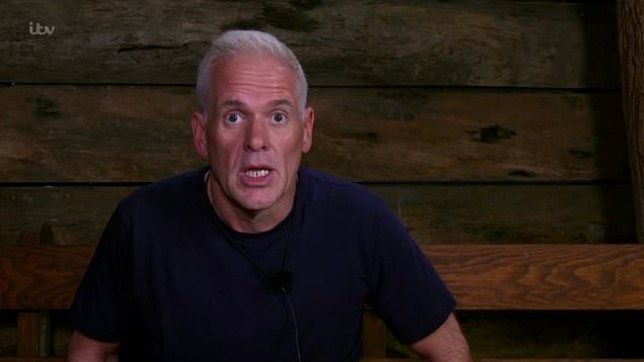 There was more bad luck for I’m A Celebrity… Get Me Out Of Here! campmate Chris Moyles as he managed to get just one star in his Bushtucker trial.

The former BBC Radio One DJ had been voted to tackle Wednesday’s Boiling Point trial following a disappointing stint with Boy George and Babatúndé Aléshé on Tuesday where the trio got just three stars between them.

Chris was visibly nervous as he took on his second trial in a row, joking that even as his campmates gave him encouragement what they really meant was ‘Come back with at least more than yesterday!’

Unfortunately, things went even worse than before, with a panicking Chris managing to get just one star as he struggled with the enclosed spaces – of which he has an intense fear.

The trial saw Chris – who had tears in his eyes as he faced the pressure of providing food for his fellow celebrities – go underground to small spaces, covered in creepy crawlies, as he was forced to use spanners to release the stars in the underground pipe network.

Ant and Dec, explaining the rules at the start, warned him that only the stars which were in the bag at the end of time would count – which ended up being dire foreshadowing. 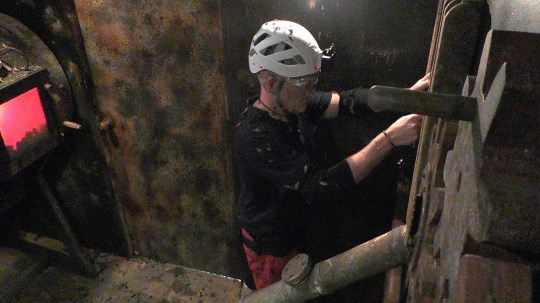 The DJ panicked in the enclosed spaces and began talking to himself to calm himself down (Picture: Shutterstock) 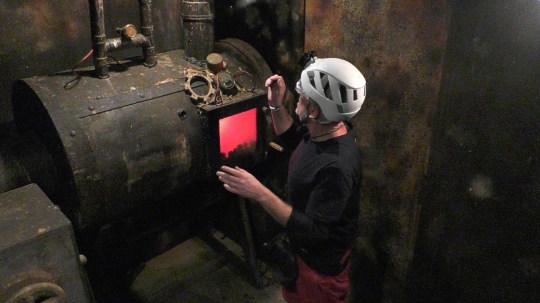 Chris ended up losing his spanner and several of the stars he had collected during his trial (Picture: Shutterstock)

‘God I’m panicking I won’t be able to breathe on the other side.’

As his anxiety grew, Chris found himself snapping at the hosts and instantly apologising, before losing his spanner – and the few stars he had managed to collect.

By the time the klaxon sounded, Chris had managed to come out with a single star, and was absolutely kicking himself as he spoke to Ant and Dec.

‘I couldn’t even get through the membrane, this is pathetic.’

He joked that he ‘can’t go back to camp’ with just one star, and debated telling his campmates he didn’t get any stars at all, just to soften the blow that he had managed to procure one.

Chris also worried that his hungry campmates would ‘hate him,’ as he accepted he had simply panicked too much.

However his fellow celebrities appeared to be more concerned for Chris than disappointed with his haul, with Charlene telling the Bush telegraph: ‘He’s just crestfallen, you can see in his little face.’

Boy George added: ‘I wanted him to come back with more for him, not for me. I thought it would be good for his self-esteem.’

I’m A Celebrity continues Thursday at 9pm on ITV