I’m A Celeb: Charlene White explains why she refuses to sleep in RV

Charlene White won’t sleep in the RV with Matt Hancock as it could potentially affect her impartiality as a journalist, she has explained (Picture: ITV/Shutterstock)

Charlene White has explained why she refuses to sleep in the RV with fellow I’m A Celebrity… Get Me Out Of Here! campmate Matt Hancock.

The journalist and broadcaster was accused of ‘rule-breaking’ by refusing to sleep in the RV after she was voted camp leader Hancock’s deputy earlier in the week.

Both Charlene and Tory MP Hancock, as leaders, get to sleep in the RV rather than out in the elements, but the Loose Women panelist has so far decided to sleep outside.

She had claimed it was because the RV was full of spiders, with fans angrily accusing her of ‘breaking the rules’ by doing so, though hosts Ant McPartlin and Dec Donnelly insist she hadn’t broken jungle law by deciding not to sleep in the more comfortable area.

Now however, Charlene has given the true reasoning behind declining to sleep in the RV, confirming it’s because she’s an ‘impartial journalist’ and would be sharing a room with a sitting MP.

Speaking on Friday’s episode of I’m A Celeb, Charlene told campmate Sue Cleaver: ‘I’m an impartial journalist, I can’t be sharing a room with a sitting MP because that just doesn’t sit well with me impartiality-wise. 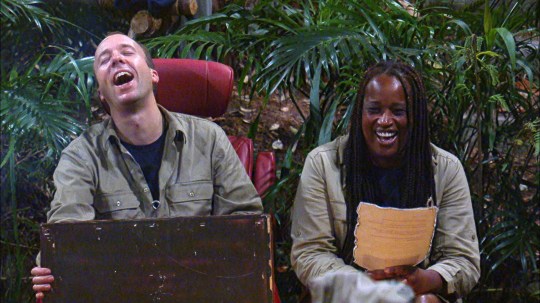 Hancock and Charlene were voted camp leaders and given the option to sleep in the RV, which she has so far refused to do (Picture: ITV/REX/Shutterstock)

‘And I just think, if he were ever to become a minister again how can I sit and question him about anything when I’ve shared a room with him?’

She opened up on how she has felt conflicted since the former Health Secretary controversially entered the 2022 series, explaining: ‘every conversation we’ve had that Matt’s been here constantly involves me doing calculations in my head about impartiality and making sure it doesn’t go too much in one direction.

‘Constantly thinking about those guidelines and the broadcasting rules. It’s a constant thing that’s in my head on a daily basis. 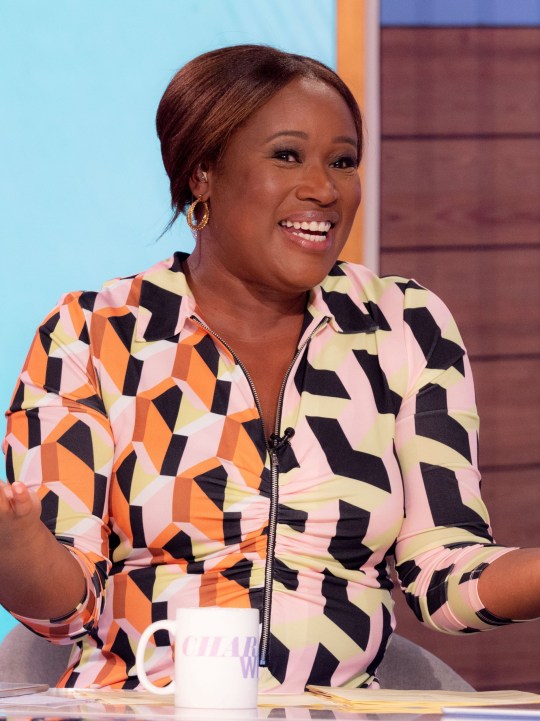 Charlene explained she is always host rather than panelist on Loose Women for the same impartiality reasons (Picture: ITV/Shutterstock)

‘That’s why I can only ever be host, I can’t be panel. If you are on the panel you are giving your personal opinion on stories. I am helping conduct and facilitating that debate while posing questions to the panel whilst providing impartiality. If they are going too far in one direction I can pull them back because I have the facts and figures in my head because of my day job.

‘Then all you get is a load of tweets from viewers saying, “I knew she was a Boris lover. I knew it!”‘

Sue, speaking in the Bush Telegraph added: ‘I absolutely see her point. When Charlene was talking about having to have impartiality being a newsreader it made total sense to me why it wouldn’t be great for her to be in an RV with Matt. Awkward.’

Charlene’s explanation comes after the journalist’s family and friends spoke up against the accusations of rule breaking with a sassy remark on Twitter.

Replying to a user who said she should be sleeping in the RV, the loved ones running Charlene’s Twitter account while she’s in the jungle hit back: ‘Hammock looks way more comfy tbf, Char should be slumming it, not laying in comfort.’

I’m A Celebrity continues Saturday at 9pm on ITV