I’m A Celeb 2022: What happens before the campmates go to the jungle? 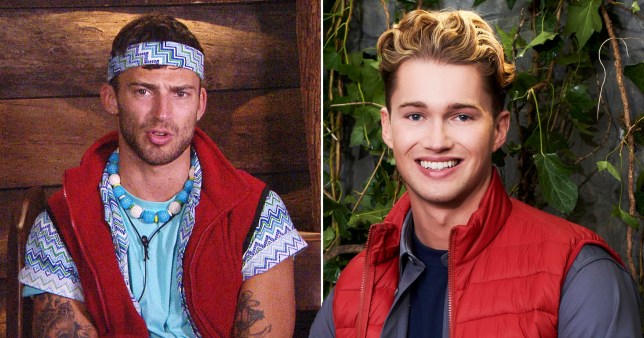 Jake and AJ reveal all about the period before the jungle (Picture: PA/Rex)

The time has come for the fresh batch of stars to leave their comfortable hotels as they prepare to slum it in I’m A Celebrity… Get Me Out of Here!.

They will be leaving behind all their belongings bar one luxury item, and sport the ITV juggernaut show’s iconic khaki get-up, which Boy George has already customised.

But the stars, who this year controversially includes Matt Hancock, as well as Radio DJ Chris Moyles, don’t head straight to the jungle and instead check into a luxury hotel.

While the show starts tonight, the likes of Love Island’s Olivia Attwood and Lioness’ Jill Scott were seen touching down in Brisbane Airport over the past few weeks.

Previous campmates have been holed up in the luxury Versace hotel, although a show insider previously revealed to Metro.co.uk they would be staying elsewhere to ‘refresh’ the format.

But what really goes down as the celebs await their fate?

Jake Quickenden, who was runner-up in the 2014 edition of the reality programme, spills the beans to Metro.co.uk about what those plush Oz hotels are really like.

Meanwhile, AJ Pritchard, who stars in this year’s Leicester’s De Montfort Hall Cinderella panto, gives his take about what happened before he entered the Welsh castle in 2020. 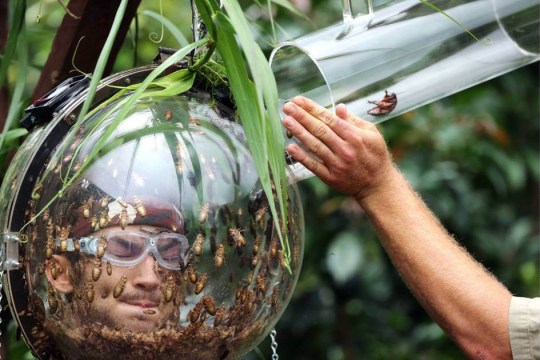 Jake was a good sport in a Bushtucker trial (Picture: ITV/REX)

Reflecting on his time in the hotel, Jake said he felt like he was ‘in the FBI’ and was in ‘stealth’ mode as he avoid detection from the rest of the line-up and paparazzi.

The former The X Factor contestant also switched up his hotels midway through his nine-day stay so he couldn’t be tracked down by the press.

He explained: ‘They want to keep you under wraps and they don’t want the press knowing who you are or getting a photo of you. So it’s all very like stealth mode.’

Celebrities get the ‘Justin Bieber’ treatment in the hotels 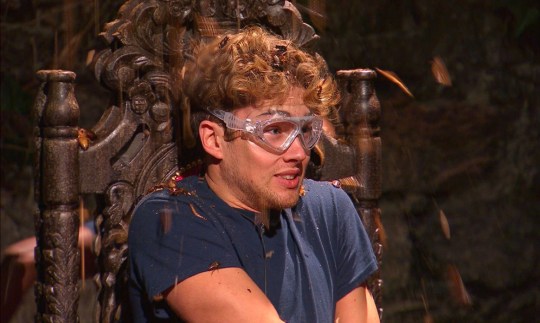 Jake confessed he was living his best life in the five-star hotels and couldn’t believe the VIP touches.

He explained: ‘I had just come off The X Factor, so I was totally overwhelmed that I was going in the jungle anyway. And then they put me in these five-star hotels like my own suite.

‘I was like what is going on? I felt like Justin Bieber. It was great. I could have just lived in the suites for the whole time. You didn’t even need to leave.’ 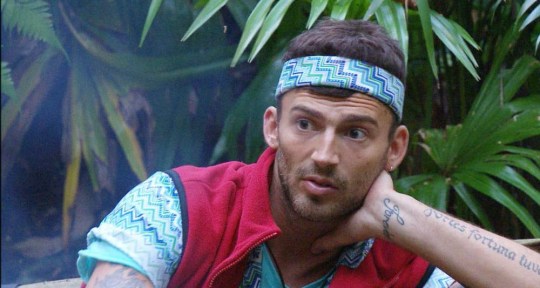 Jake was runner-up in the jungle (Picture: REX)

With days to kill before going into the jungle, the stars are pretty much left to their own devices in their rooms.

For Jake, he decided to fill up his time watching films back to back, confessing he’d once watched 15 in one sitting.

AJ similarly took advantage of his Airbnb which he described as a ‘gorgeous’ cottage.

‘So the routine that I would do like in the house to like press ups and sit ups would be exactly what I did in in the castle. If I don’t have a routine then that’s when I do go a bit stir crazy.’

Phones are confiscated and the internet is banned 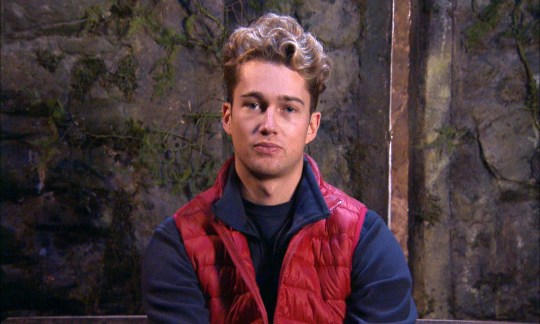 The stars have their phones taken away from them when they check in so they don’t find out details about the show.

Jake said: ‘You don’t really have your phone on you because they don’t want you to check who’s going in with you.

‘You can’t really even look at the internet or write on your Instagram or anything like that.’

AJ, who also had to say goodbye to his phone, said that while he could watch movies, the TV was unplugged so they weren’t aware of what was going on in the outside world. 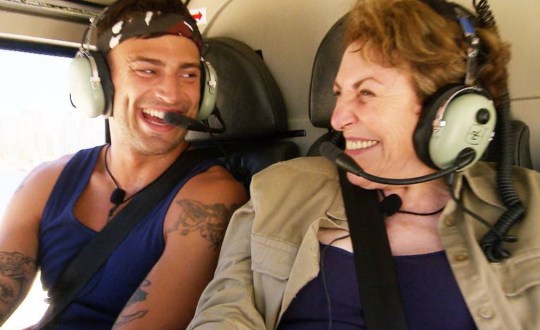 Jake is a big fan of Snickers bars (Picture: REX)

Jake said he wasn’t confined to his suite while he awaited the show’s launch and was allowed to ‘wander’ around the hotel.

‘You’re allowed to go outside and get some fresh air and stuff like that, but you can’t be wandering around the streets, because one, you could get spotted, and two, all the other contestants are in hotels nearby.’

AJ revealed that he too wasn’t allowed to roam the Welsh countryside but did have a chaperone on call who would make trips to the local shops for necessities. 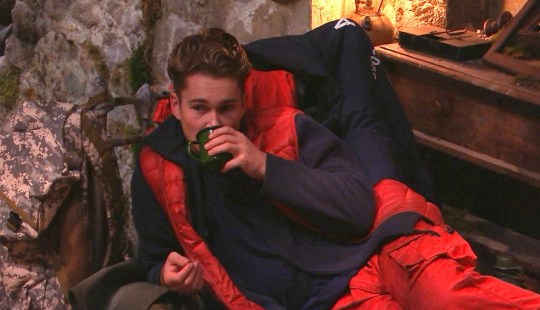 Before having to eat all manner of gruesome dishes, from kangaroo balls and ostrich anus in Bushtucker trials, the stars are allowed to eat whatever they want in the hotel.

As well as a well-stocked mini bar, Jake said he said he gorged on chocolate and burgers, with his final meal before the rainforest being a snickers bar.

Aware of the endless rice and beans he would face in the castle, AJ said he made sure to get a ‘good proper meal.’

He was also allowed to order whatever he wanted in a big shop, so ate ‘normally’ in the Airbnb.

The former Strictly star added: ‘My final meal was a good steak with chips and loads of vegetables.

‘And then I kind of ate cereal bars literally two minutes before I went into the castle. I was eating them left, right and centre. I was stocking up.’

The production team give the stars pointers 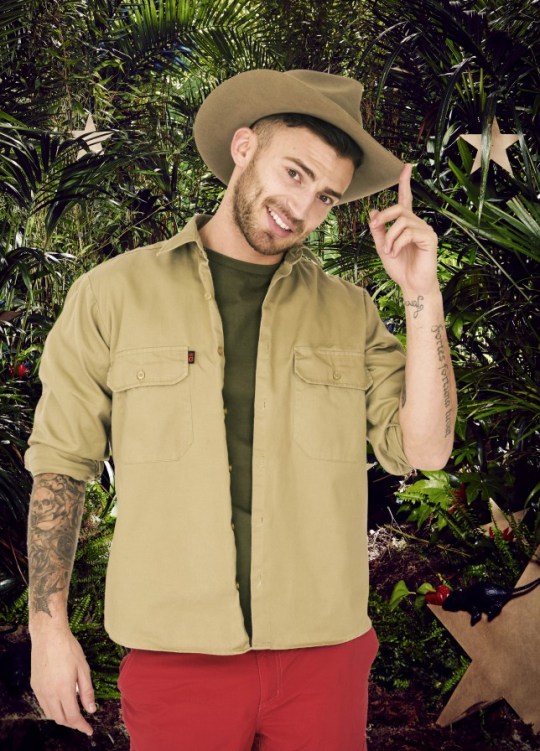 Jake went straight from The X Factor to I’m A Celeb (Picture: ITV)

While of course, the production team remains schtum about I’m A Celeb’s details, Jake did confess he was given some little hints.

The 34-year-old said: ‘They obviously don’t give too much away, but they try and help you and give you some pointers like, “You might be going here for the first night, you might not be going straight in the camp. So just be aware that anything can change” And stuff like that.

Praising the crew for being wonderful and supportive, Jake added that they really stuck to their ‘duty of care.’

I’m A Celebrity… Get Me Out Of Here! launches on Sunday at 9pm on ITV.