I’m A Celebrity…Get Me Out of Here! viewers couldn’t believe their eyes as they witnessed Olivia Attwood cutting a single strawberry with a knife and fork.

Yes, a knife and fork!

Series 22 returned to Australia for the first time since the pandemic, after two years at Gwrych Castle in North Wales due to Covid-19 travel restrictions.

The Love Island star already received the royal treatment upon arrival, as she was appointed the jungle VIP and appointed radio DJ Chris Moyles as her plus one.

Before heading into camp, the two stars were treated to the meal of dreams with a centrepiece filled with mixed fruits and shrimp. 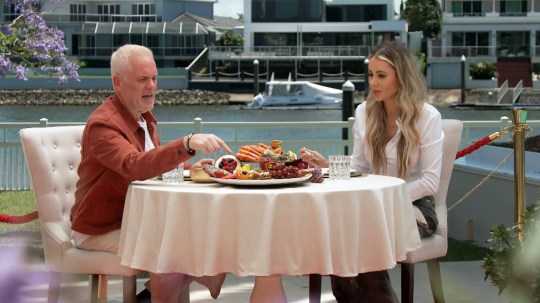 The pair had quite the feast (Picture: ITV) 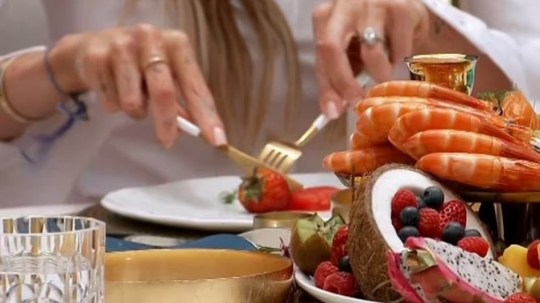 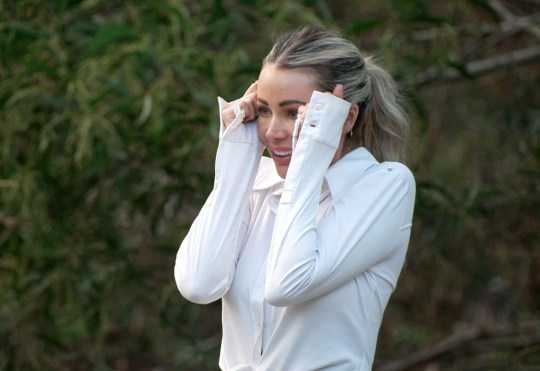 We reckon that’s how the fans tuned in at that moment (Picture: ITV)

However, fans were taken aback when the 31-year-old TV personality was seen eating her strawberry with cutlery.

‘Never thought I would see someone eating a strawberry with a knife & fork,’ another tweeted.

After Chris and Olivia enjoyed their feast, they both found themselves up in the air as they had to dive out of a helicopter flying at 10,000 feet.

Despite fearing for her ‘veneers’ Olivia completed the challenge.

Elsehwhere, Dec revealed that the Culture Club member Boy George had already been chosen by the public as a Jungle VIP, and he chose A Place In The Sun presenter Scarlette Douglas to be his plus one for a delicious meal for two on a luxury yacht.

Asked why he chose her, George simply replied: ‘Her outfit! She looks good, her earrings are great.’

‘We’ll bring the glam to the Jungle!’, Scarlette enthused.

I’m a Celebrity…Get Me Out of Here! returns tomorrow at 9pm on ITV.