I was around 13 and one of my friends had come up to me while out playing football. I had no idea what he was talking about.

Later in the day, I got an explanation when I returned home for dinner and my sister – who is older than me – said, ‘There’s a guy on the TV with the same name as you, but he’s better looking than you are’. My sister didn’t like me much back then.

This other guy on the TV was Philip Schofield. In the following weeks and months, I had to put up with kid after kid telling me exactly the same jokes, but thinking they were the first.

Initially, it was amusing, but it soon became tedious. I heard countless references about me being in the Broom Cupboard (where my namesake presented from). Other people would ask me where my friend Gordon the Gopher (a puppet from the show) was.

The number of bare hands, masquerading as puppets, that squawked at me was innumerable.

Even school staff got in on the act, with my form tutor reading the register one morning: ‘Robinson, Scholefield, Gopher…’ He was definitely not my favourite teacher that day as the rest of the class howled with laughter. 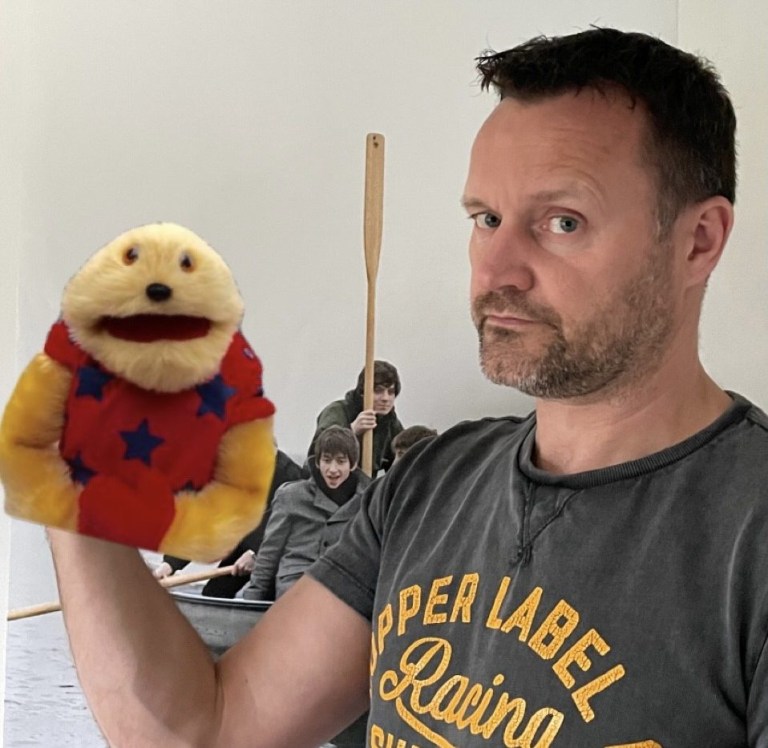 Even now, I get people making the same jokes, although they have lessened over the years.

They amuse me more than they used to, especially as I can see the conflict in people’s faces as they decide whether or not to say something.

The kind of things I hear nowadays are more along the lines of, ‘I bet you get loads of comments about your name’. Yep.

The most common one – that I get over the phone – is, ‘Are you THE Phillip Schofield?’, to which my response is always, ‘As far as my mum is concerned, I am. All the fame but not the fortune’.

I also came in for a bit of stick from friends when it was announced that Phillip Schofield had come out. They said I was a very brave chap and respected my honesty.

I’ve always quite enjoyed watching him on TV, from his early days of Going Live, to The Cube and, of course, This Morning. I’m quite jealous of him being in such close proximity to the lovely Holly Willoughby, she’s gorgeous! 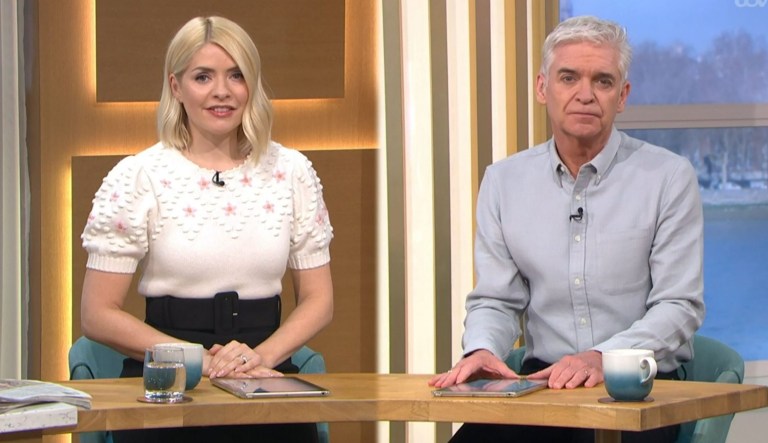 Aside from similar sounding names, we haven’t got too much in common (Picture: ITV/REX)

THE Phillip Schofield and I have never met, although my late wife, Ruth, did write an email to him in 2016. We were supposed to be having a trip to New York to celebrate her 40th and our son’s 18th birthday.

Sadly, we couldn’t go, as she became ill – but at the same exact time of our planned trip, Phillip jetted off to NYC with his family. He tweeted a photo at a game at the New York City Football Club ground. We were also supposed to be there, as I know the uncle of one of the players.

Ruth jokingly asked if he had stolen our tickets! He never replied.

Being called Philip Scholefield hasn’t really benefited me in any way, with no prime dining seats or preferential treatment – unlike some people with famous namesakes.

But I feel like it makes my name easier to remember, especially from a business perspective.

I certainly wouldn’t change it, although most people call me Phil – apart from my mum, no one uses my full name.

Aside from similar sounding names, we haven’t got too much in common. I’m slightly taller, 10 years younger, and I’m not completely grey yet!

But I don’t think the comparisons are going away any time soon. My youngest child has two friends who find it fascinating that she has a ‘famous dad’.

They both know I’m not THE Phillip Schofield but they find it funny. It takes me back to the days when I was at the very same school they are, having kids poking a bit of fun at something mildly amusing.

It makes me smile to reminisce.

Hello, My Name Is…

It’s not easy having the same name as someone, or something, famous.

In Metro.co.uk’s weekly Hello, My Name Is… series, we’ll hear the funny, surprising and frankly mundane stories of people whose parents really didn’t know what they were getting their children into.

Email [email protected] if you would like to get involved.

Green list announcement TODAY to reveal which countries will be added