GOING into Love Island as a confident 21-year-old, Zara McDermott was happy with her size 10 body and had never counted a calorie in her life.

But that all changed when trolls leapt on holiday snaps taken after she left the villa in 2018 and she was flooded with 1,200 comments branding her a “fat whale” and a “unit”. 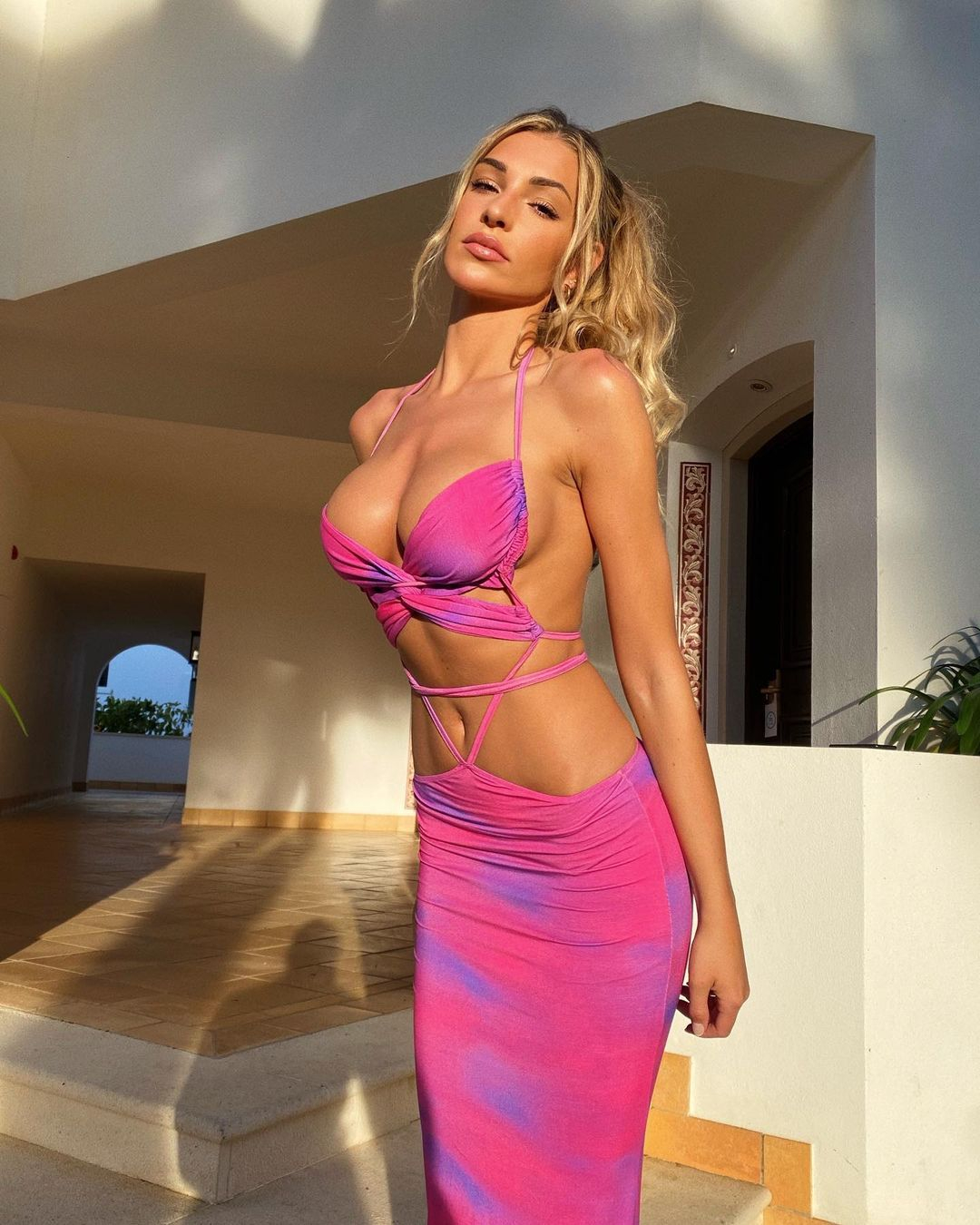 Zara McDermott was happy with her size 10 body and had never counted a calorie in her lifeCredit: instagram 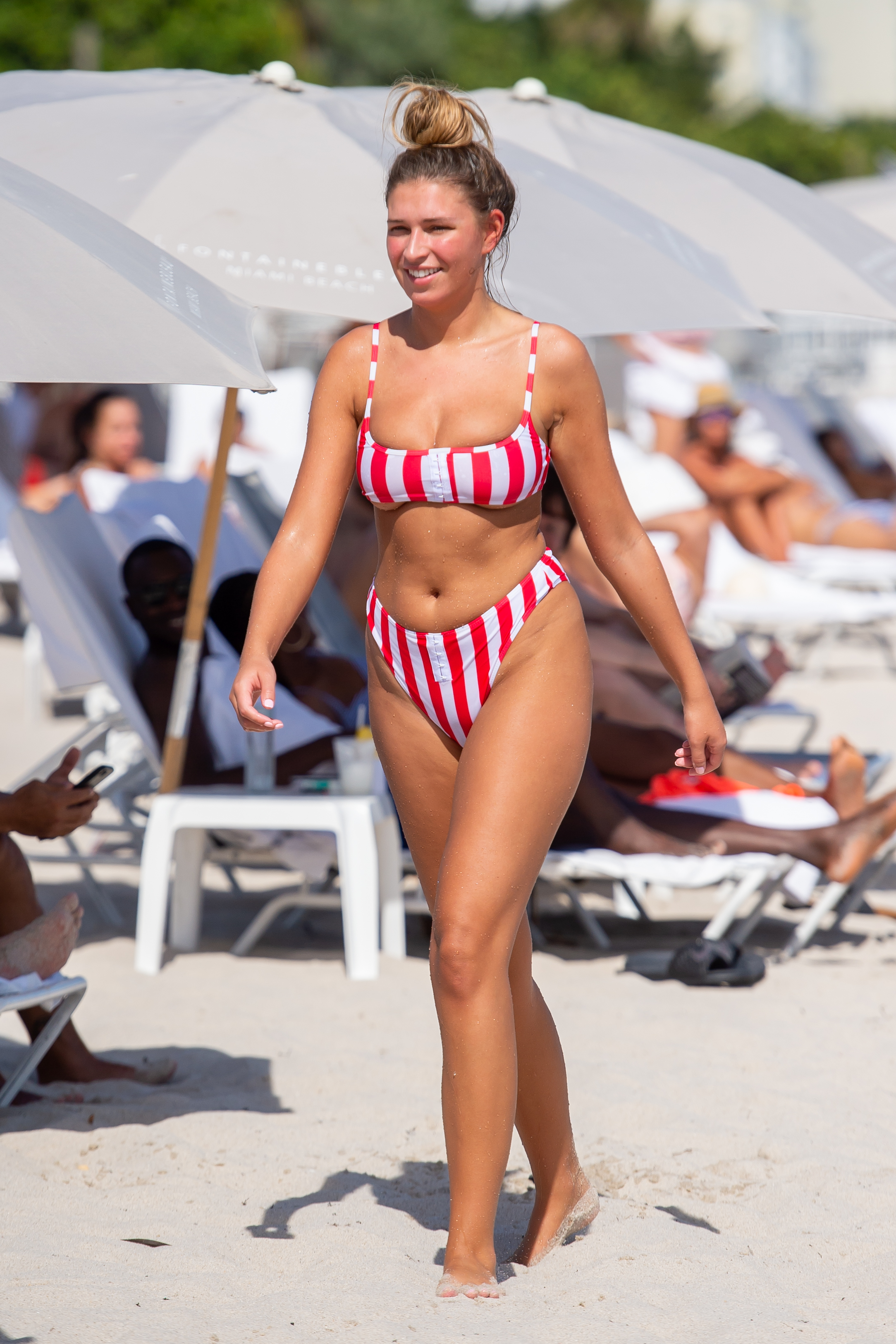 Zara was trolled after and was flooded with 1,200 comments branding her a ‘fat whale’ and a ‘unit’Credit: Splash 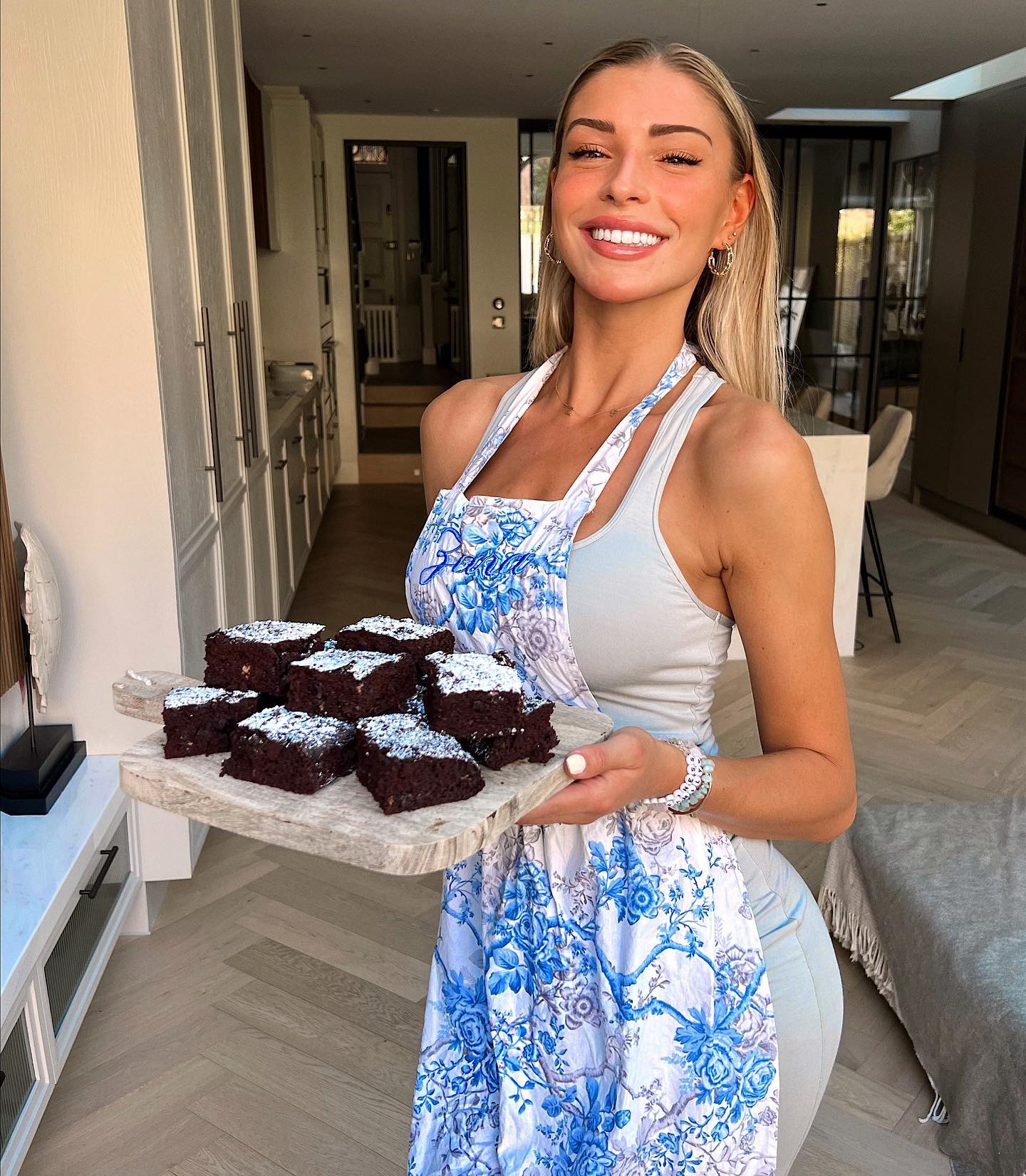 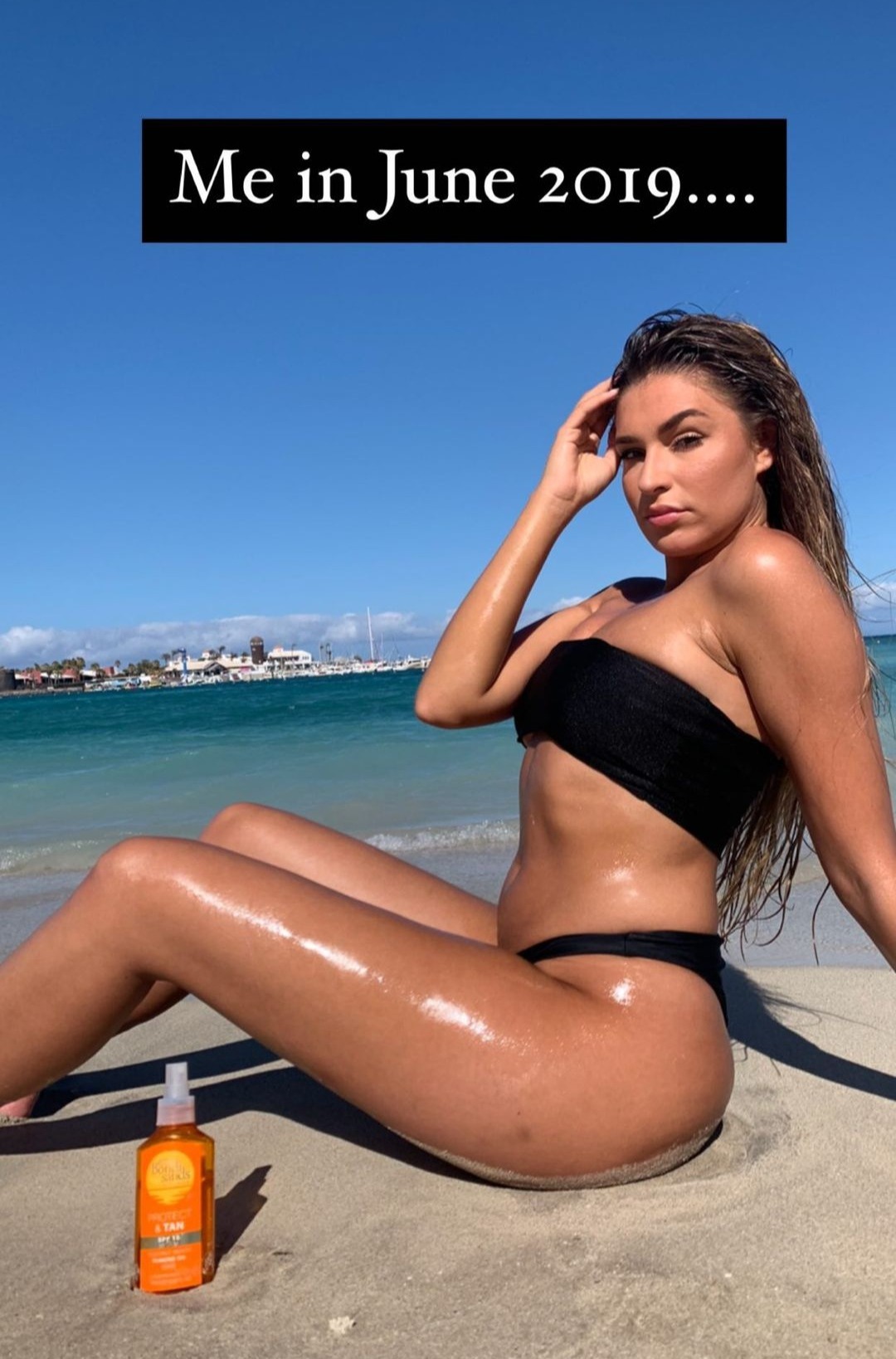 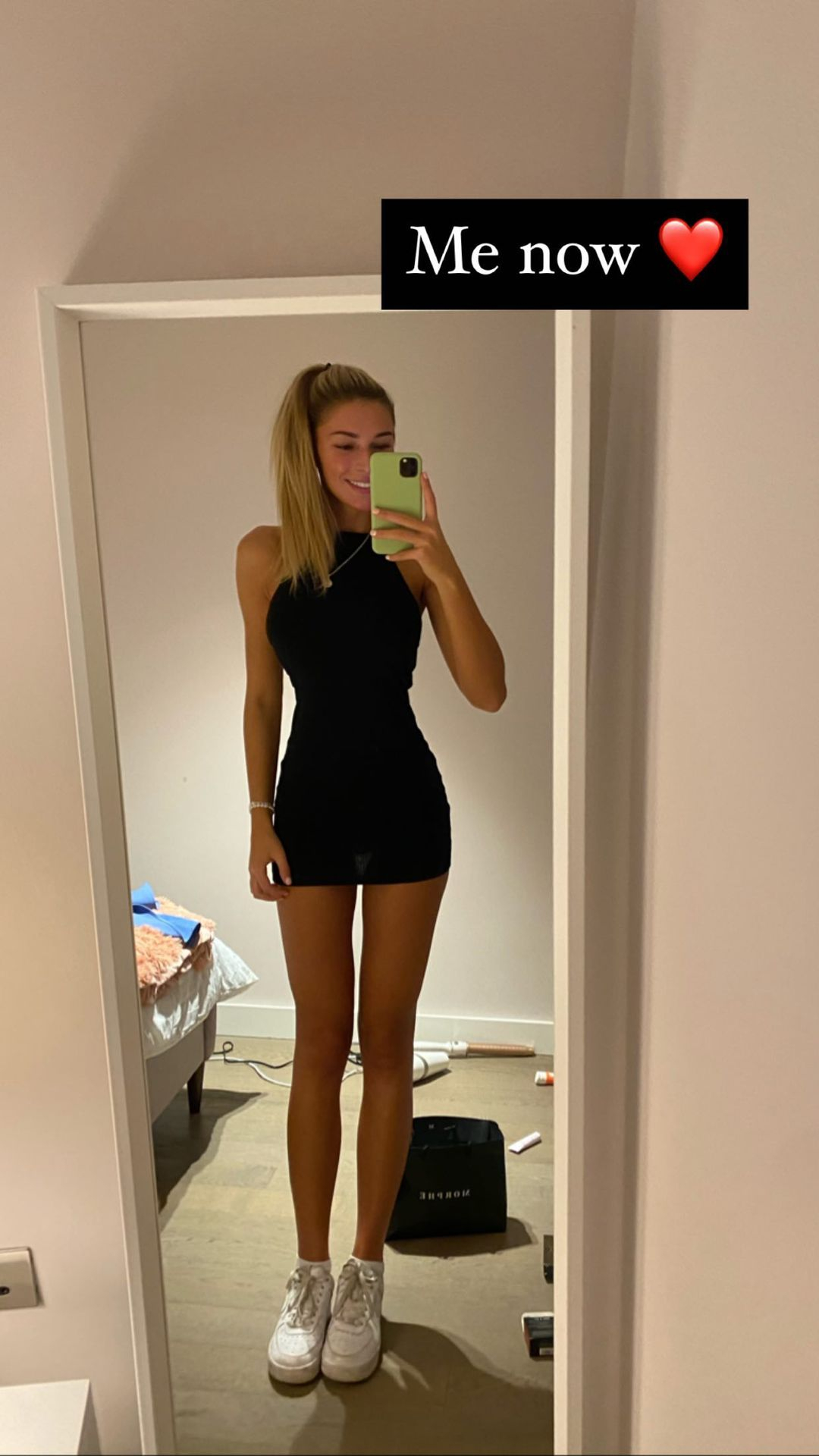 Zara lost three stone through healthy eating and exercise but was then accused of triggering anorexia and other eating disordersCredit: Instagram

Zara went on to lose three stone — through healthy eating and exercise — but when she posted the results on Instagram, she was accused of triggering anorexia and other eating disorders.

Now, Zara says those later critics were RIGHT about her before and after pictures.

And she confesses she was reduced to tears when teenage sufferers told her she was “part of the problem.”

“I was absolutely devastated to hear that,” she tells The Sun ahead of a new BBC documentary she has made about eating disorders. 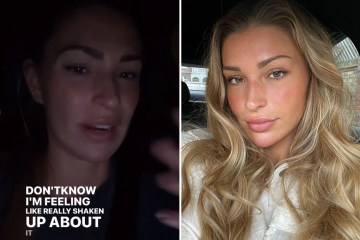 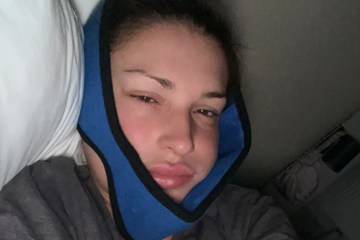 During filming for Zara McDermott: Disordered Eating she met teens suffering from eating issues who convinced her that her actions had made things worse.

She explains: “The whole documentary was an eye-opening experience but the teenage patients at the Schoen Clinic in Birmingham showed me that something posted and perceived in the wrong way contributes to the problem.

“That was definitely hard to hear. You wouldn’t be human if you didn’t walk away from that feeling really upset.”

One of the children at the specialist clinic for eating disorders told Zara, 25, her weight-loss posts were potentially damaging, saying: “You were at a healthy weight before. You looked beautiful before.

“It entrenches the idea that your main personality trait is how your body looks.”

Another added: “A lot of girls our age watch Love Island so what you put out there will go straight to them.”

The influencer, who has 1.7million followers on Instagram and also runs food and fitness page A Day With Zara, admitted she considered quitting social media after hearing their views.

She says: “For a moment, I put all the responsibility on my own shoulders and I thought, ‘I don’t ever want to make that mistake again’.

“I didn’t know where to go from there, because I don’t want to hurt anyone and it’s so easy for anything you post to be perceived in the wrong way.

“I didn’t know whether to walk away from social media entirely but I think all I can do is learn and listen, and do my best.

“There are so many influencers out there and I’m just a drop in the ocean but we all have a shared duty to be responsible.”

Hospital admissions for eating disorders have risen 84 per cent in the past five years, according to NHS figures, and almost 10,000 children started treatment between April and December last year.

In the documentary, Zara highlights the shocking rise in Meanspo sites — where young people sign up to be called “fat” and “disgusting” in order to “inspire” them to lose weight — and reveals that within seconds of creating an account on TikTok she was flooded with posts promoting anorexia.

Zara’s attitude to her body changed over night after she was attacked by body-shaming trolls.

Despite being a healthy 10st 7lbs when she posted bikini pictures from a family holiday, she was hit by a flood of comments which she says were “99 per cent negative”.

“It made me feel absolutely horrendous,” she adds.

“I went from being an innocent 21-year-old who never looked in the mirror or over-analysed my body to thinking, ‘Should I start viewing myself differently because other people are?’.

“That was really hard at 21, and I realised the power and impact of social media on your self-esteem and how that can affect your body image. I was told so many times I was fat and there’s a finite amount of times you can hear that before you actually start to believe it.”

I was told so many times I was fat and there’s a finite amount of times you can hear that before you start to believe it.

For the first time, the former Love Islander, who is dating reality star Sam Thompson, 30, looked at her diet and lack of exercise and decided to make changes.

She began to eat more fruit and veg and spent hours working out.

A year on, after she dropped from a size 10 to size 6, she posted pictures of her slim new figure with the caption: “Can’t believe how far I have come.”

Zara adds: “I made some positive changes. I wanted to get fitter and I started looking at calories on food. And when I started to see results I wanted to share that transformation.

“I was really proud of myself and the dedication I’d shown. It was a bit of a middle finger to all the people that called me fat.”

Then came the backlash.

At the time Zara defended the posts, insisting she had just adopted a healthier lifestyle.

But meeting the young people in her documentary made her view her A Day With Zara fitness posts in a different light.

She said: “I’ve learned not to post what I eat in a day. Giving people the opportunity to emulate a day in your life, the calories you’re eating, and giving them precise measurements is extremely damaging.

“The idea of control came up a lot in this film and now I realise this gives them something to measure against. Often people think that by eating exactly what someone else eats, they can achieve the same results, but that’s not the case at all.

“We’re all guilty of putting our best foot forward on social media and it’s really easy to sit here and say, ‘I eat my seven fruit and vegetables a day, work out every day and never eat a takeaway’, but that’s not true.

“On Friday, I cooked a massive batch of brownies and Sam and I scoffed our faces. It’s about showing that there is a balance, because if you show people a ‘perfect’ lifestyle, they will compare themselves to that and that’s detrimental.”

She has now ditched the calorie-counting posts, and A Day With Zara features pictures of iced doughnuts, peanut butter protein bites and homemade crunchy fries, alongside the punishing gym workouts and weight-lifting videos.

And while Zara admits she has edited pictures in the past, she has vowed to keep it real for her millions of followers in the future.

It’s easy to say, ‘I eat seven fruit and vegetables a day and work out every day’ but that’s not true. On Friday I cooked brownies.

In the documentary, Zara meets Lauren, from Bucks, whose lockdown workouts morphed into an obsession that saw her weight plummet.

Diagnosed with anorexia, she tells Zara: “I get bad circulation to my fingers, my hair has been falling out and I don’t have the strength to walk upstairs. I just see bones now.”

Zara also talks to Tiwa, who says she started binge-eating and purging up to five times a day as a teenager because “I was so sad about the way I looked”.

She showed the presenter vile messages sent by her “Meanspo coach”, who she sent daily “body checks” to for six months when she was 15.

Zara also sets up a TikTok account and after searching for weight loss, is bombarded with videos promoting anorexia and “thinfluencers”.

She now hopes her documentary will encourage social media platforms and other influencers to tackle the problem head on.

“I really want influencers to watch this film and I want to create a blueprint to give guidance on what content can be damaging.

“If you’ve never experienced it yourself, it’s really hard to put yourself in the shoes of someone who has an eating disorder to know what will be triggering.

“But I really hope this film will start to get the ball rolling on people being a bit more mindful, because that can make a world of difference to so many young people.” 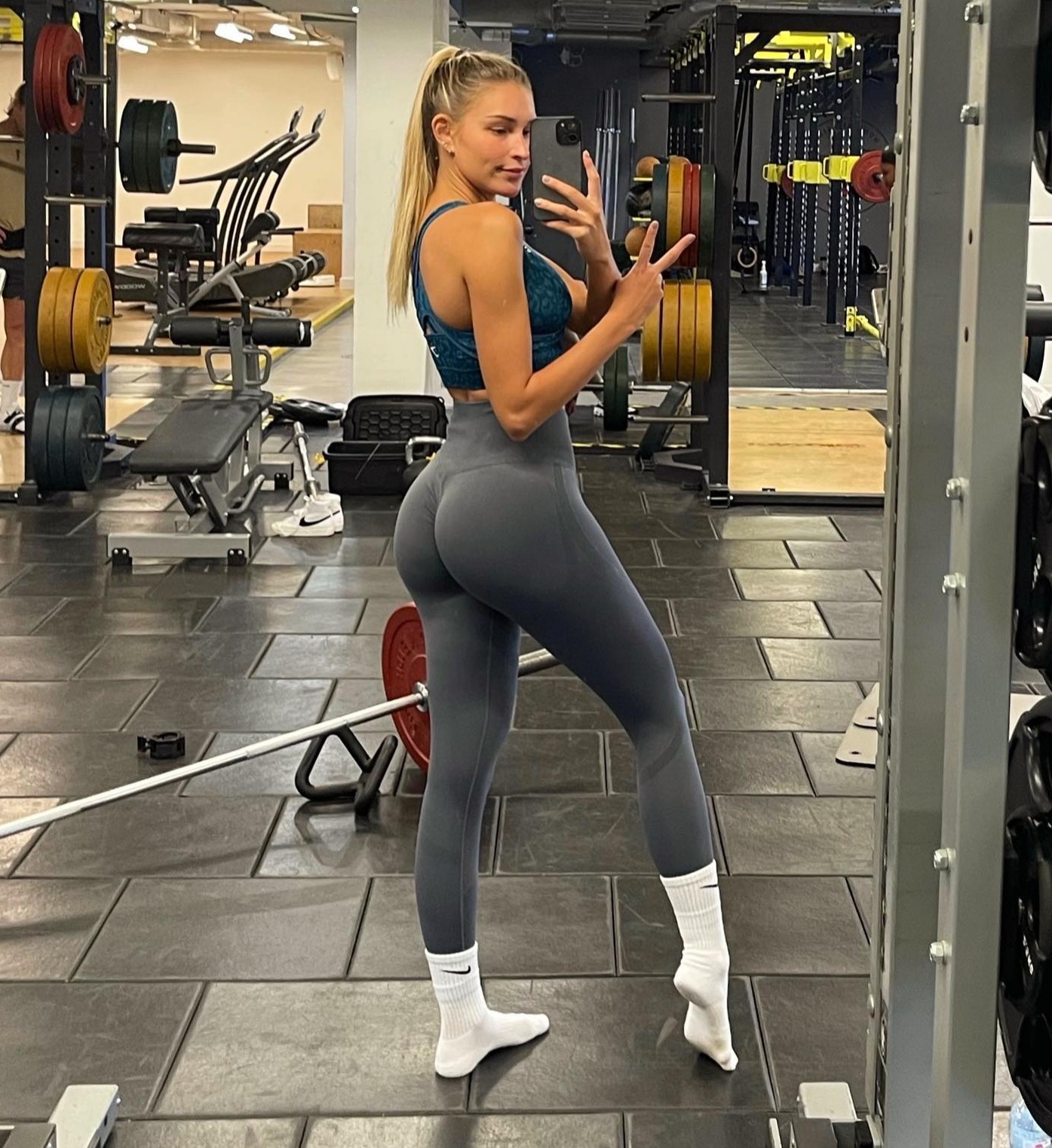