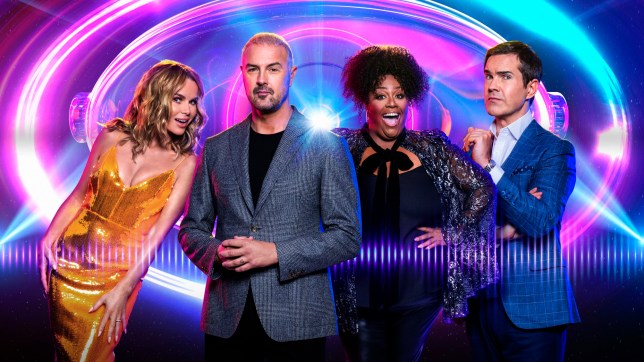 I Can See Your Voice viewers have been left baffled by the new BBC singing show, with no one quite sure what to think.

It all felt a little bit like a fever dream as mystery singers lip-synced in front of celeb detectives Alison Hammond, Amanda Holden, Jimmy Carr, and guest judge Danny Jones.

The players had to weed out the bad singers from the good without ever hearing them sing live – and there’s £10,000 at stake.

Some viewers loved it and some hated, but all were very confused.

‘This show has “4am as the lights go up in a club” energy and I am here for it. #icanseeyourvoice,’ one viewer asserted.

‘This #icanseeyourvoice thing is astonishing. It’s not even car-crash telly, it’s like a milk float crashing into a giraffe,’ another said.

#GameOfTalentsUK was a bit weird. Clearly trying for a “take it off” moment with “show us your talent”. It works having different talent things will be interesting to see how #ICanSeeYourVoice works with a similar concept.

Me when I started watching #icanseeyourvoice: I donât know if this is for me

Me ten minutes in: LETâS HEAR YOUR VOICE

Also, I think Iâm in love with the Irish dude who sang Dancing in the Dark.

This #icanseeyourvoice thing is astonishing. It’s not even car-crash telly, it’s like a milk float crashing into a giraffe.

‘I wanted to hate it but I bloody love it,’ one more added.

The first episode saw contestants Lee and John play to win £10,000 in the hopes of taking their kids to Disney World.

They were tasked with spotting the bad singers and aimed to be left with a good singer at the end, without hearing them sing live.

The first round of the show sees the contestants and detectives meet the singers for the first time and give their first impressions.

In round two, the singers lip sync, with the players looking closely to see if they can figure out whose voice is whose.

The third round, Unlock My Life, sees the players speaking about their lives, with the real singers telling the whole truth, and the fakes only lying about their singing experience.

Finally, in the fourth round, the players are able to interrogate the mystery singers to find out if they’re lying.

I Can See Your Voice returns Saturday at 7:35pm on BBC One.