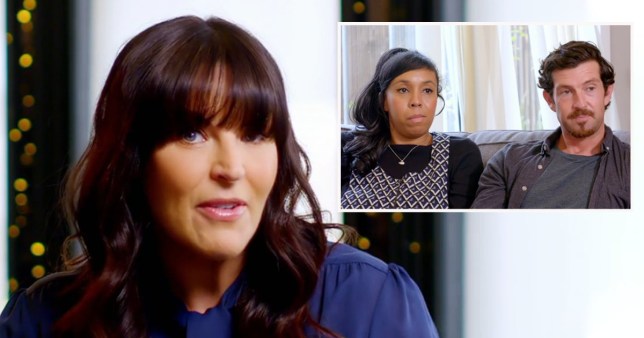 The furloughed couple overspent by £500 a month (Picture: Channel 4)

A furloughed coupled on How to Save a Grand in 24 Hours managed to save an impressive £1300 a month despite their credit card debts of £7000.

Matt, a football coach for a Coventry City youth team, and restaurant worker Jade overspent by £500 a month.

The pair had been furloughed from both of their jobs in lockdown and called in help from the experts on the Channel 4 show to overhaul their finances.

Talking about their spending, Jade said: ‘It’s super awkward to talk about this. I literally want to cut it out and hide away. It’s the one flaw in our relationship.’

They revealed they spend £300, 30% more than the national average, on takeaways and £240 plus money for taxis and a baby sitter to eat out at their favourite restaurant each month when it is open.

Jade said: ‘I do love a takeaway. I cook for the kids and by the time I put them to bed it’s already getting late, and it’s just easier to wait for it than make something.’ 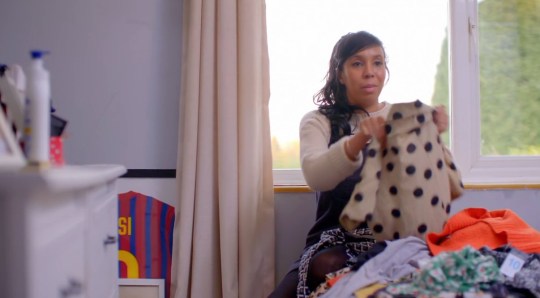 Jade curbed her £400 a month spending on clothes (Picture: Channel 4)

She also revealed her ‘shopping addiction’, saying she spent £400 a month, nine times more than the national average, on new clothes despite having nowhere to store them as her wardrobes were full.

Taking to Twitter to express their surprise, one viewer wrote: ‘This pair on How to Save a Grand in 24 Hours have a £500 deficit every month…but spend £300 on takeaways, £400 on clothes and £60 each TWICE A MONTH at their favourite restaurant. It’s not rocket science guys, knock out the super noodles and buy your knickers at Tesco. Gee whizz.’

Another person tweeted: ‘Do these people on How To Save A Grand In 24 Hours really need help? £400 on clothes, £300 on takeaways, £120 on date nights, 2 Amazon Prime accounts. Thank God for the experts, eh? Must be so difficult for them to see where they’re going wrong…’

Do these people on How To Save A Grand In 24 Hours really need help?

Thank god for the experts, eh? Must be so difficult for them to see where theyâre going wrong…

Anyone else watching this How To Save A Grand In 24 Hours? Â£300 a month on takeaways and Â£400 a month on clothes alone and they wonder why theyâve racked up a heap of credit card debt pic.twitter.com/5qtwbSrNQv

Just watched How To Save A Grand in 24 Hours on channel 4. They were spending Â£300 a month on takeaways & eating out and she was spending Â£400 a month on clothes! I couldnât spend Â£400 in a year on clothes ðð

These two are just lazy. Â£400 a month on clothes. Â£300 an month on takeaways but canât afford to fix the loo. #HowToSaveAGrand

Someone else wrote: ‘Just watched How To Save A Grand in 24 Hours on channel 4. They were spending £300 a month on takeaways & eating out and she was spending £400 a month on clothes! I couldn’t spend £400 in a year on clothes.

‘Also I’ve never understood the thing of cooking for the kids, then cooking something else for the adults. Why not all eat the same thing at the same time?’

While another person posted: ‘Could cut this episode of How to Save a Grand in 24 Hours into 30 seconds – stop eating takeaways and clothes shopping for things you don’t need.’

The Channel 4 show’s team were brought in to show them how to cook more easily at home on a budget.

Meanwhile, Jade was given a hand with clearing out her wardrobes and shipped off clothes to charity or sold them online.

Host Anna Richardson inspected the couple’s bank statements and advised them to cut up their credit cards and move them to a zero interest deal as they were paying £110 in fees.

The couple made £360 selling items on eBay while they saved £180 a month on their food bill, reduced their credit card payments by £250, and Jade broke her £400 a month clothes habit.

They also cancelled unnecessary subscriptions and saved £100 a month. In total they saved £1300 a month.

Jade hoped to use the savings towards building a £12,000 yoga studio.