How many Love Island contestants are there per series?

Love Island will soon be back on our screens (Picture: ITV/REX/Shutterstock)

It’s been a long old wait, but the next drama-filled series of Love Island is set to kick off in just days.

With the first 10 contestants now officially revealed, people across the UK are gearing up for several weeks of being glued to the screen as the ITV dating show unfolds in Spain from June 6, 2022.

However, we’re still yet to find out who the bombshells and additional contestants are.

So, if you’re wondering just how many singletons get the chance to find love on the show, we’ve got everything you need to know.

How many Love Island contestants are there in each series?

In addition to the first official 10 contestants that enter the Love Island villa, the ITV show brings in plenty more as the days pass to stir up the drama.

In fact, the most recent series have seen over 30 sexy singletons take part.

Since series three, between 10 and 12 additional Islanders enter the show in Casa Amor – although the majority don’t stick around for long.

There are also bombshells throughout the course of the series, but there have previously been walk-outs and cast members booted from the show.

While the dating show began with just 23 contestants appearing on the first series over the course of 41 days, the show’s length and cast count has risen since.

Series seven saw a whopping 37 islanders over the course of 58 days.

Series six had 32 contestants and ran for 44 days.

How many Love Island contestants have there been in total?

You may be surprised to learn that Love Island has had a total of 224 contestants spanning across all seven series. 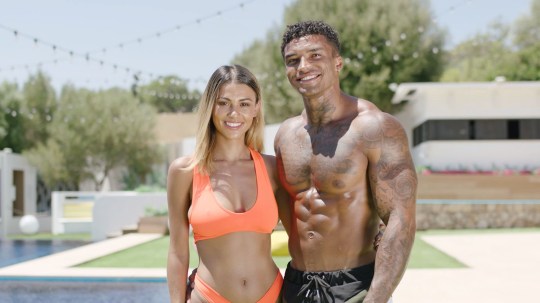 Michael Griffiths is remembered for his ‘chaldish’ antics on series five of Love Island (Picture: ITV/REX/Shutterstock)

Over the span of seven years, the ITV show has featured many memorable characters feature on the show, including Olivia Attwood, Maura Higgins, Destiny’s Chaldish trio Michael Griffiths, Jordan Hames, Chris Taylor and Danny Williams, and many others.

While we’re yet to find out how many additional contestants will be introduced over the course of series eight, we can already bring the total contestant count to 234 with the 10 official newbies announced.