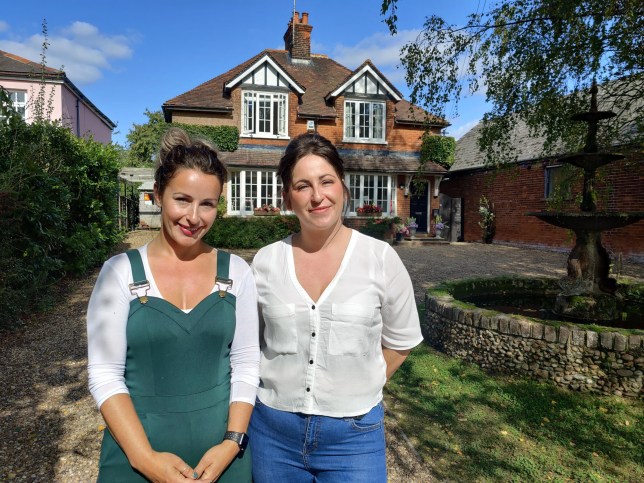 How long does Four in a Bed take to shoot? (Picture: Studio Lambert)

Four in a Bed is a popular Channel 4 show which sees B&B owners try out each other’s guesthouses.

At the end of a week’s worth of episodes, it’s revealed how much all four owners think their competition’s offering is really worth in cold hard cash.

The prices are then revealed – often with dramatic results.

But how long do the B&B owners really spend together, and does it take longer than four days and nights to film the programme?

How long does Four in a Bed filming take?

Reports say it takes over two weeks to film a week’s worth of episodes.

Show winners Julie and Neale, who own The Copperfields Vegetarian Guest House in Broadstairs, revealed their filming took over 14 days to complete.

In an interview with Eviivo, the couple said: ‘The filming itself takes just over two weeks, and they did just over 100 hours of filming for each 23 minute programme.’

They added: ‘When we were about half way through the process, some friends of ours who have also got a B&B, were saying don’t do it – it’s such hard work. And it is absolutely exhausting!

‘But by the end of it (and I guess because we won that was a big help) we just had such a good time and we met some really lovely people.

‘The whole of the film crew were lovely – we were looked after really well. They sorted out all of our travel arrangements for us and hired cars for us.’

And B&B owners from the North East who appeared on the show shared how long their finale episode took to shoot.

Carolynn and George Hall, owners of The Victoria Inn in Durham, wrote on Facebook: ‘Started filming at 7.30am and finished at 7.30pm! All for an edited 20 minute programme.’

Sounds like a lot of work considering that the contestants don’t get paid for appearing on the show.

Four in a Bed airs Monday-Friday at 5pm on Channel 4.