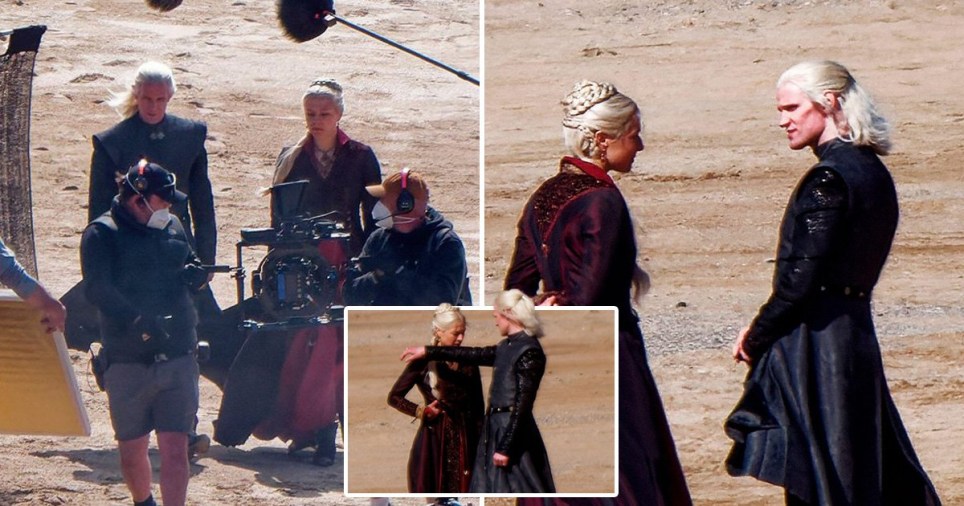 Game of Thrones prequel House of the Dragon has officially started filming, with Matt Smith and Emma D’Arcy donning blonde wigs as they take on the roles of the Targaryen royals.

Shooting on a windy Holywell Bay Beach in Cornwall, which was previously speculated to be the location of filming, Doctor Who actor Matt looked completely the part as he transformed into Prince Daemon Targaryen, sporting a long black jacket and knee-high boots.

His character looked deep in conversation with Emma’s, Rhaenyra Targaryen, who is sure to remind characters of her descendant, Emilia Clarke’s character Daenerys Targaryen.

Emma could be seen sporting the signature platinum blonde locks, which had been styled into an intricate braid and a deep red gown for the series, which is set around 3000 years before the events of Game of Thrones.

The actors were spotted looking serious as they walked along the sand and talked for one scene, before Emma split off and headed for the water, gazing across the ocean.

Further back, dozens of crew members could be seen working tirelessly behind the scenes as the highly-anticipated production kicks off. 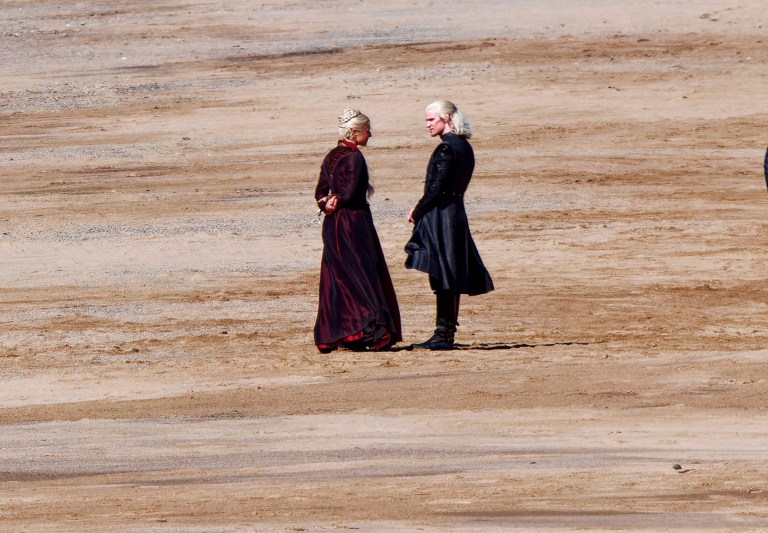 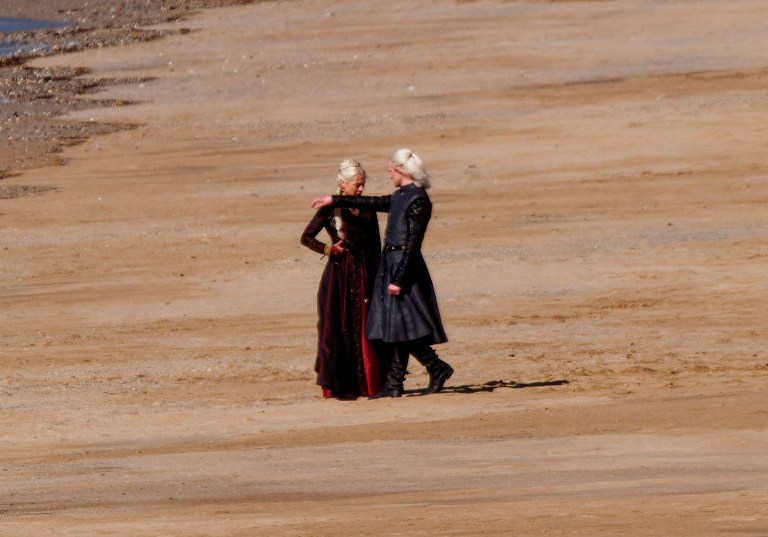 Holywell Bay has been scrutinised over the past couple of days, as crews descended on the location.

They were seen launching a boat into the sea, with experts showing what appeared to be actors in wetsuits how to get to grips with the equipment.

Lorries from Warner Bros and other crew members had also been spotted in and around Cornwall, sparking rumours that filming had begun in earnest. 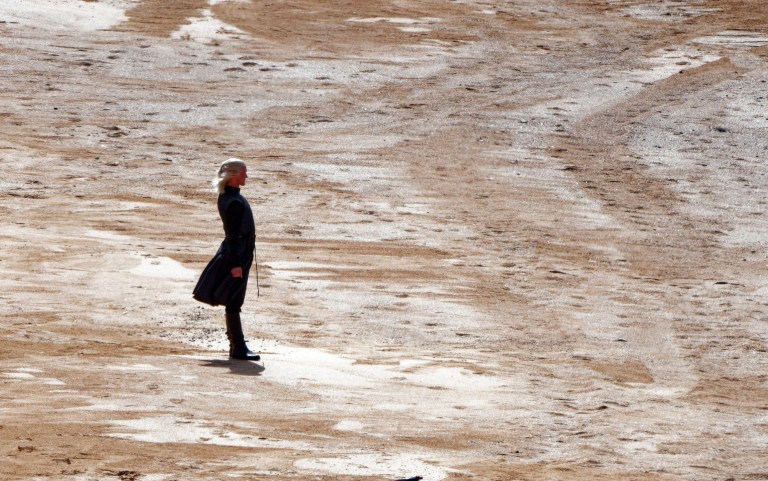 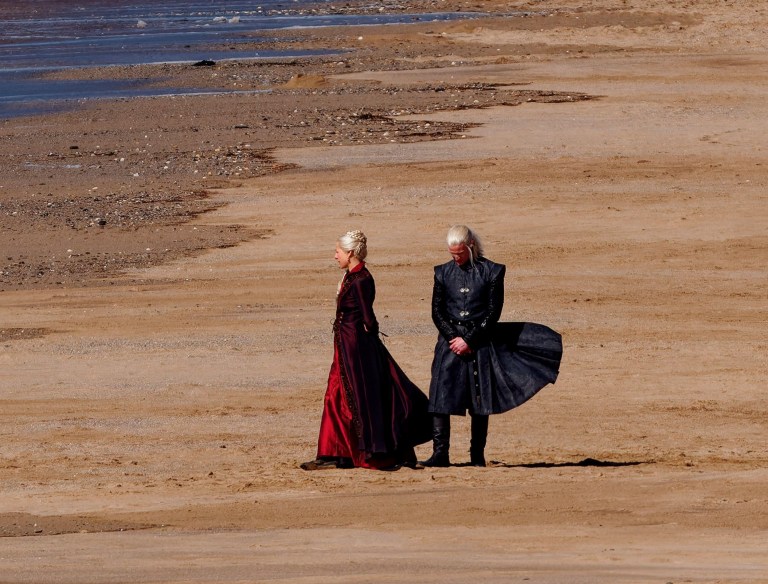 The show’s official Twitter page previously confirmed that work on the show is underway – but it’s not the first time fans have spotted work getting started on the project in the county. 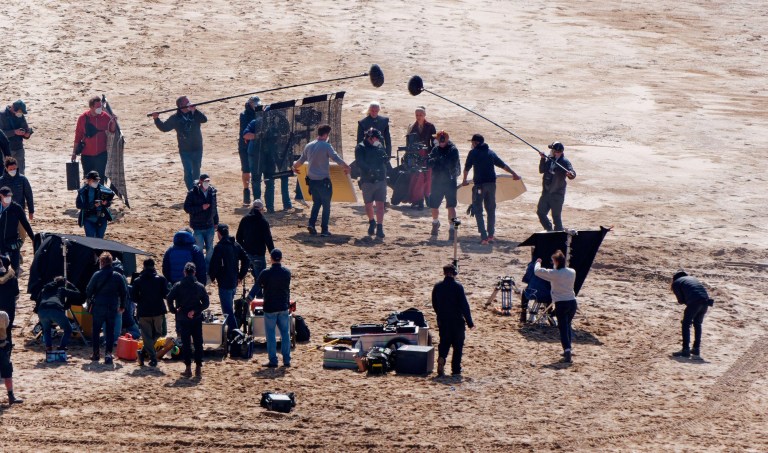 Crew seemed to be working tirelessly behind the scenes (Picture: Alamy Live News) 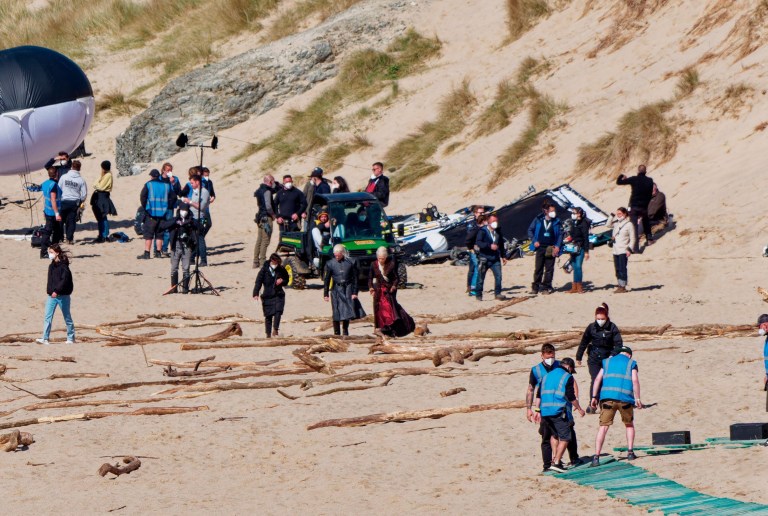 The series is set 3000 years before Game of Thrones (Picture: Alamy Live News)

The photos came just hours after the announcement that the series had started production, with Matt and his fellow cast mates pictured deep in concentration at a table read.

Sharing a picture of the cast sat socially distanced for a read-through, the account posted: ‘Fire will reign. #HouseoftheDragon is officially in production. 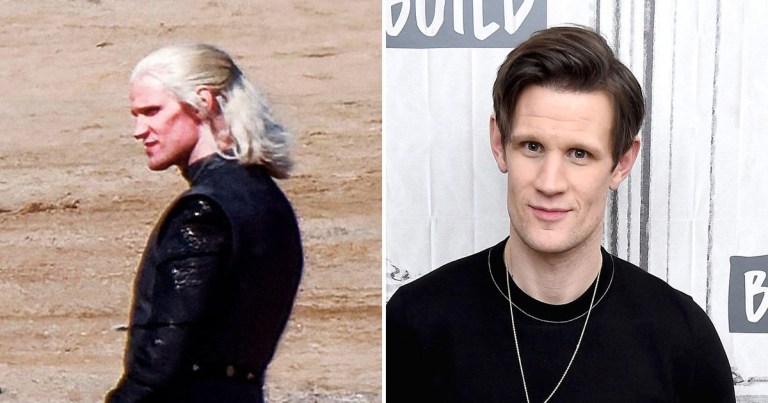 Matt has undergone quite the transformation (Picture: Getty; Alamy Live)

Doctor Who star Matt is starring as Prince Daemon Targaryen, the uncle and husband of Emma’s character, Princess Rhaenyra Targaryen.

Prince Daemon is the most experienced warrior of his time, and brother to King Viserys I Targaryen. 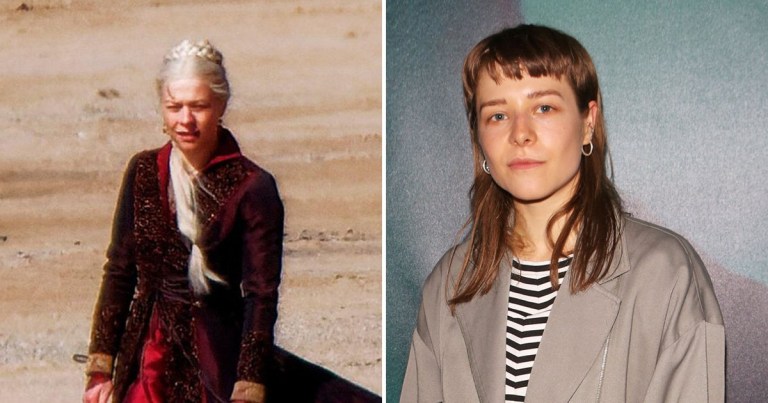 Emma’s character, Princess Rhaenyra, is the first-born child of King Viserys I Targaryen.

At the age of eight she was made her father’s heir and grew up expecting to become the first ruling Queen of Westeros.

Matt also made an appearance as Prince Daemon, closely followed by Olivia Cooke as Alicent Hightower, and Rhys Ifans as Otto Hightower.

The series is set centuries before Game of Thrones, and will follow the reign of the Targaryen family, one of the main Royal houses that united the Seven Kingdoms later known as Westeros.

It’s the first of several proposed spin-offs of the wildly popular fantasy series based on the novels by George RR Martin – but fans will have a while to wait, as it’s currently set for release in 2022.

House of the Dragon is slated for release in 2022 on HBO Max.