HOLLY Willoughby wowed fans in a £85 dress as she enjoyed the sunshine amid the UK’s mini heatwave.

The This Morning presenter shared the outfit to her Instagram page and had her followers gushing over her chosen outfit for the day. 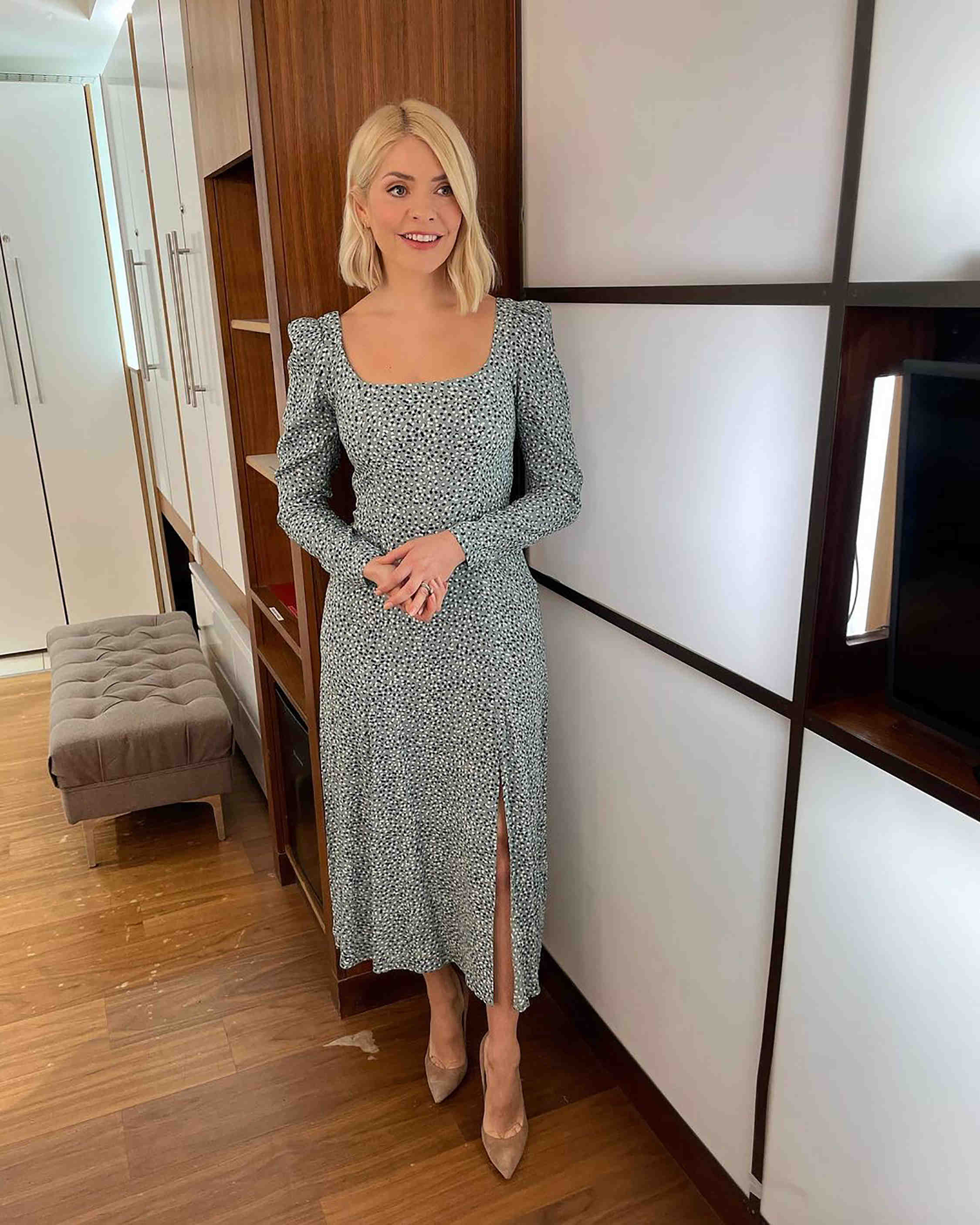 Fans gushed over Holly Willoughby’s outfit of the dayCredit: Eroteme

Holly, 40, turned heads in the floral midi dress which had a split on the thigh and showed off some leg.

The mum-of-three was more than ready for the rising temperatures in the mint coloured gown from popular high street label & Other Stories.

The dress had a scoop neckline and puff shoulders which accentuated Holly’s toned neck.

With her hair tucked behind one ear, Holly completed the outfit by wearing nude heels. 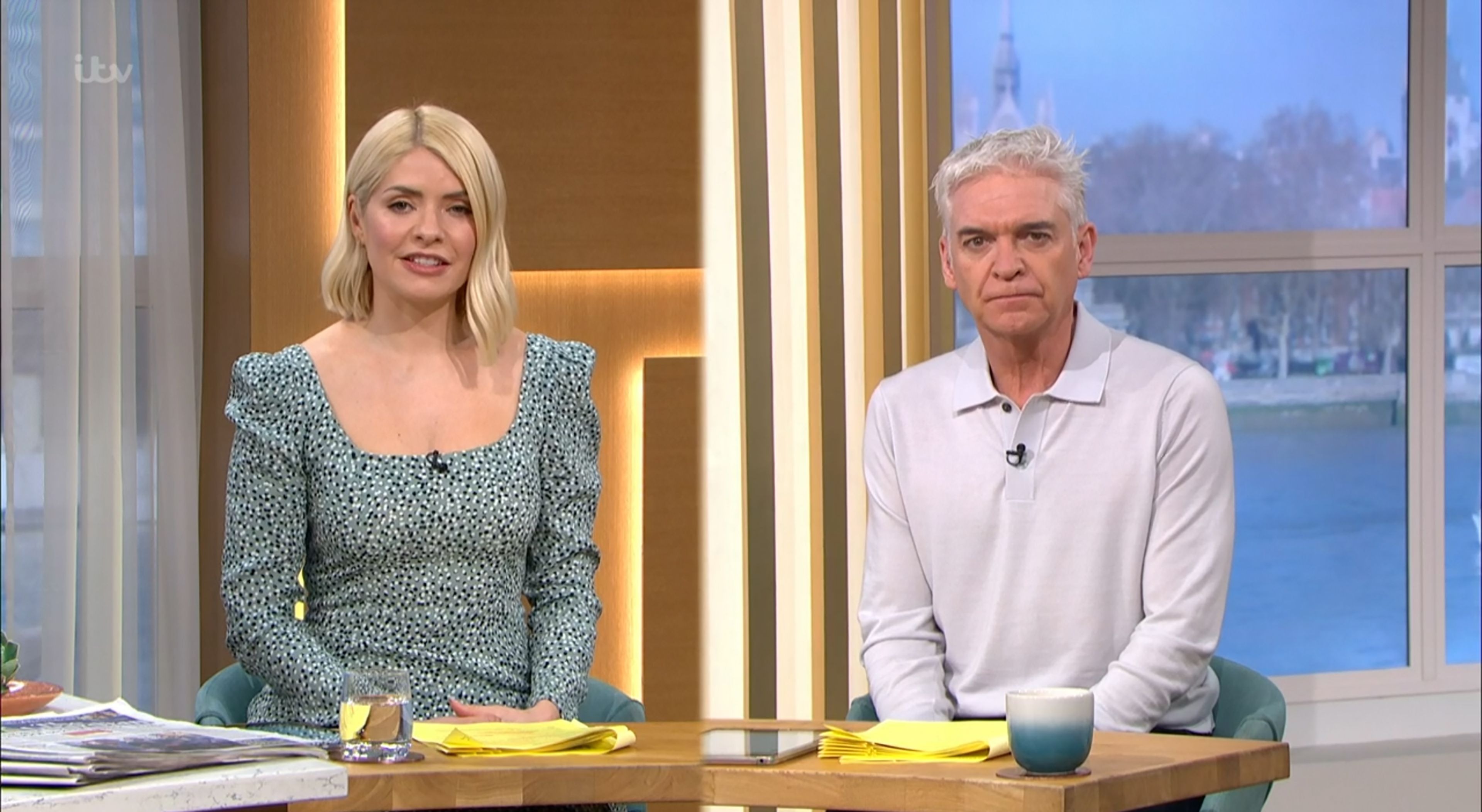 Holly wore the dress to present alongside Phillip SchofieldCredit: Rex 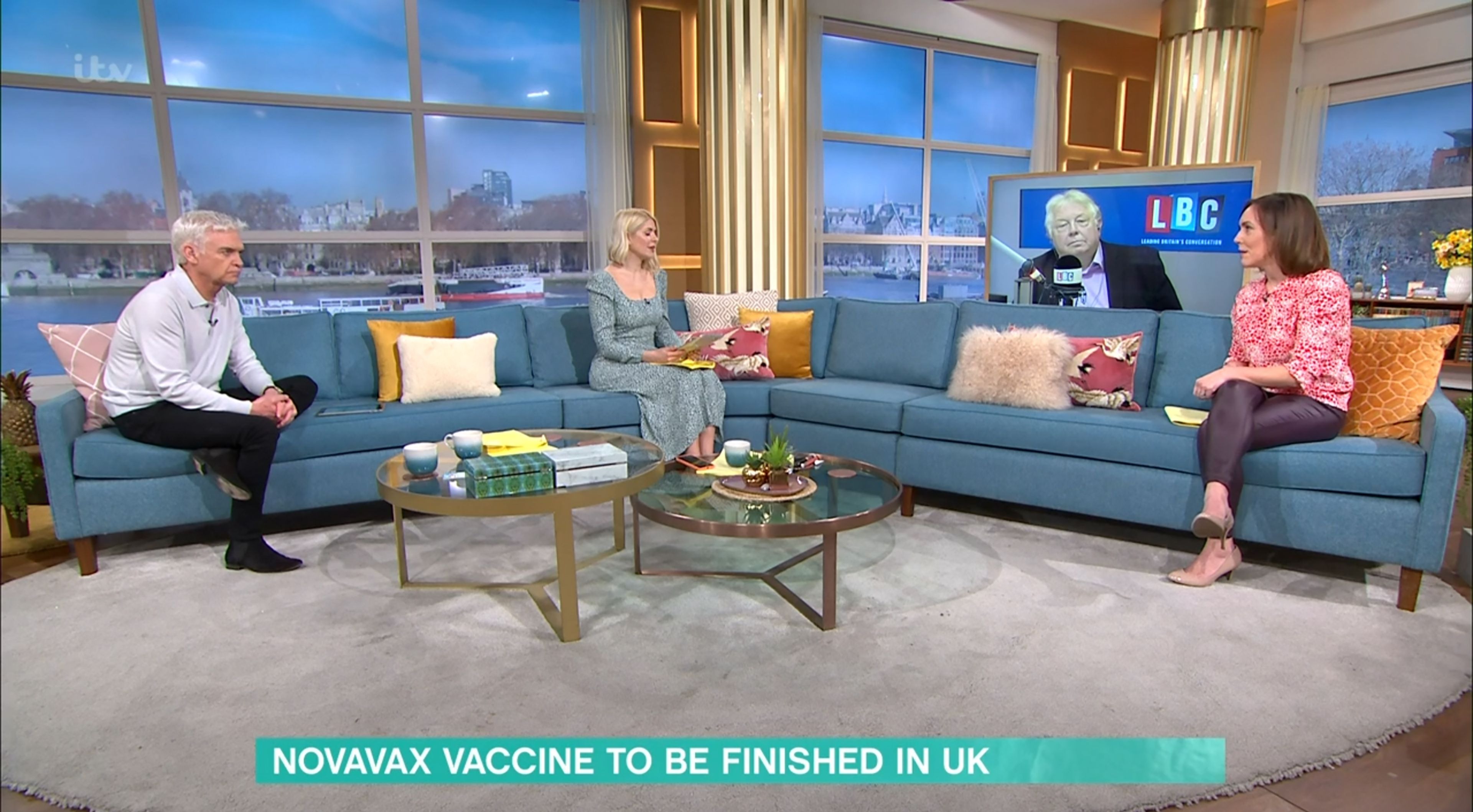 The midi length outfit was a hit with her fansCredit: Rex

She captioned the snap with the words: “Morning Tuesday… ☀️ is shining today… see you on @thismorning at 10am.

“She never gets it wrong,” added another.

A third commented: “Such a pretty dress 😍”

And echoing the thoughts of many, one follower added: “I really want this dress.” 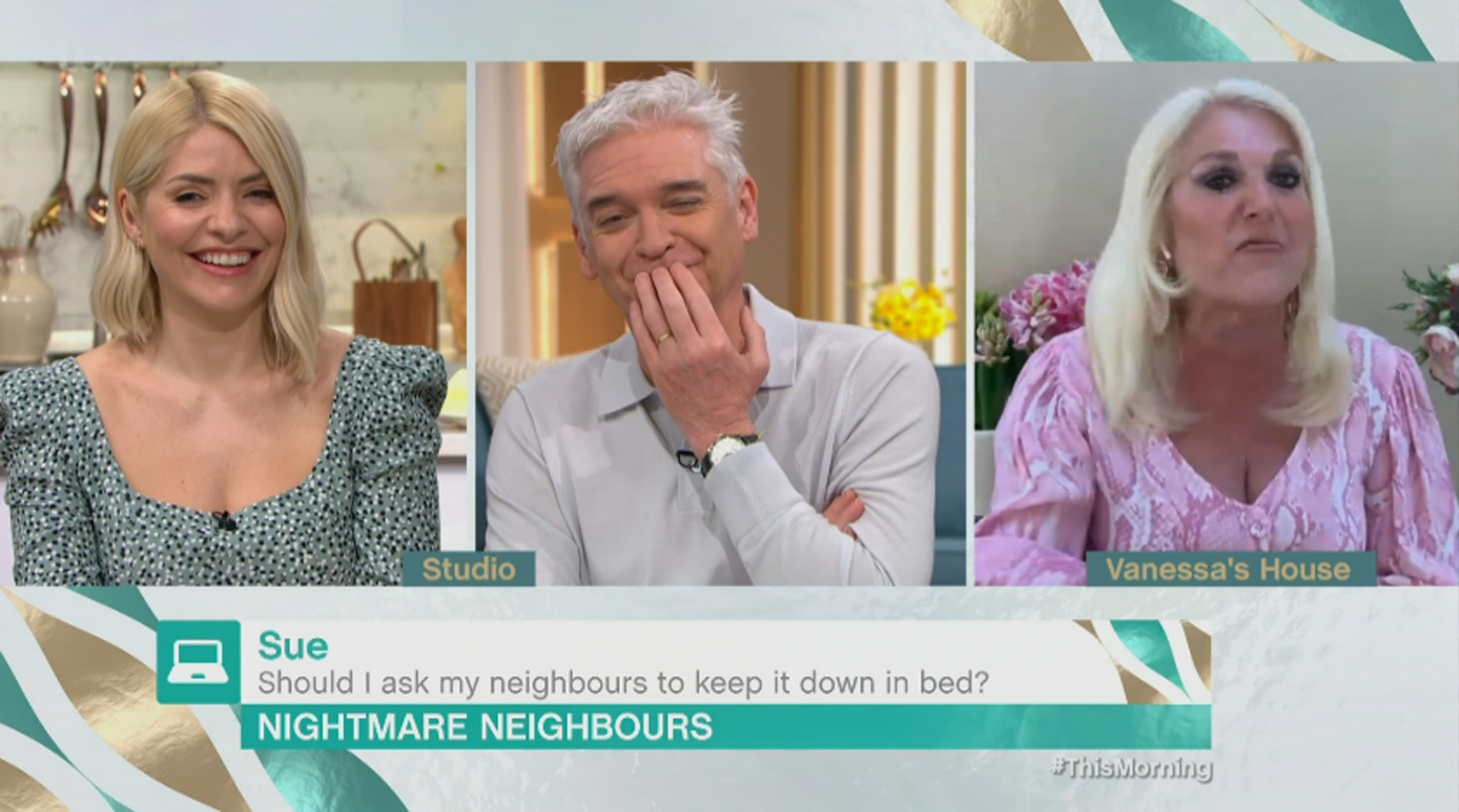 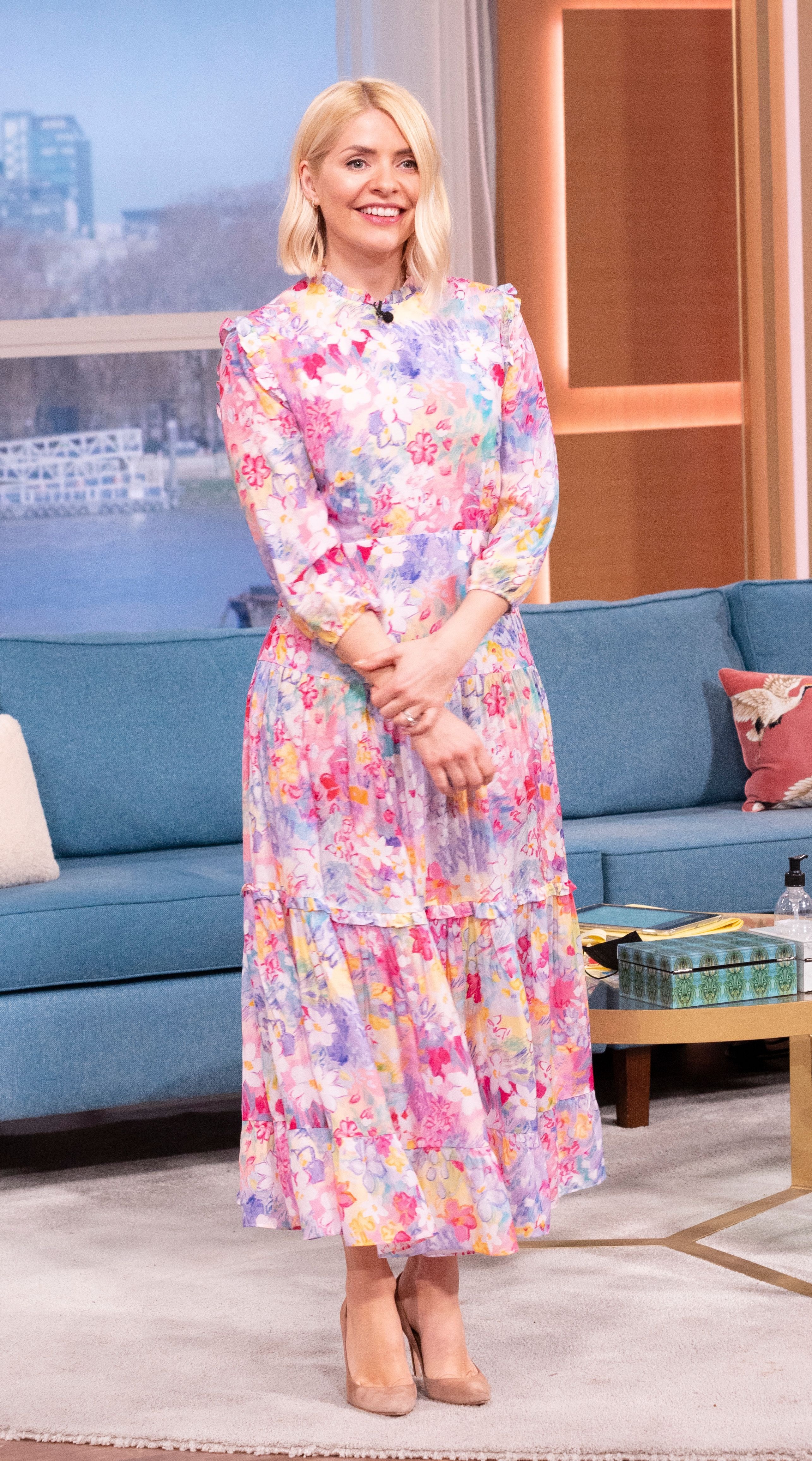 The star is often praised for her outfitsCredit: Rex

Holly later wore the dress to present This Morning alongside co-host Phillip Schofield.

The cheeky star went on to stun viewers of the ITV show by telling a caller plagued by noisy sex from her neighbours to “film it”.

Although the presenter quickly retracted her questionable advice and burst out laughing – the comment left her co-star Phillip, 58, gobsmacked.

Moments earlier Holly, 40, had been left red faced when she was forced to read out the caller’s complaints live on air, as they moaned about their new neighbours loudly romping at all hours.

Holly and Phil tried to hold back giggles as Vanessa Feltz delivered her verdict on how the caller should fix her grievance.

Vanessa said: “I think, look, take a cake or a bottle of wine and say ‘you’re fabulous neighbours and I’m so glad you’re having such a delightful time in lockdown.

“The only thing is I thought you might be a bit shy if you knew I could hear every last syllable of your ‘yes, yes yes’ … you probably don’t want me to be your audience.”