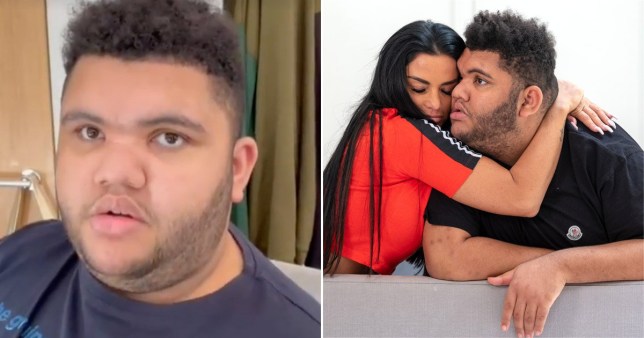 Harvey Price is following in his mum’s footsteps with his own show (Picture: BBC)

The 18-year-old – who has autism and Prader-Willi Syndrome – is believed to be in talks to head off on adventures with his best friend Zack, who both share a love of trains.

Zack, a lifelong best friend of Harvey, was first seen on screen in BBC documentary Katie Price: Harvey and Me, with the duo marvelling at trains coming in and out of London’s Waterloo Station.

The pair charmed audiences as they shared their love of trains and of each other, and apparently producers want to learn more from them.

A source told The Sun : ‘The plan is to follow the friends and film their experiences together.

‘It will also raise awareness and give hope to kids with disabilities.

‘It’s a positive and inclusive move. They get on really well together and enjoy being on camera.’ 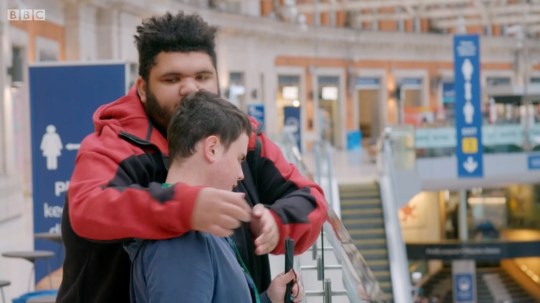 Zack and Harvey share a love of trains (Picture: BBC)

After their appearance on screen in late January, Network Rail announced they are inviting the pair to make announcements together once Covid restrictions have lifted.

During the scenes, Zack declared that he loved SouthWest Trains the most, while Harvey preferred Thameslink services. 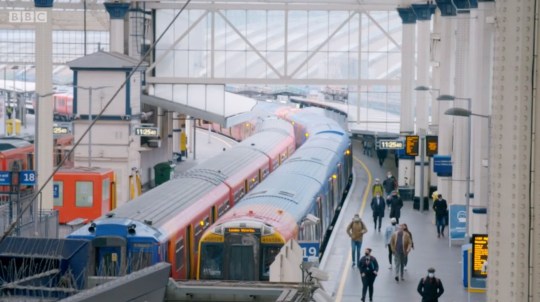 The pair are said to learn more about trains in the series (Picture: BBC)

Katie announced earlier this year that, now Harvey is 18, she was working to get him into a school that will help him become more independent from her.

In a documentary following the move, Katie and Harvey were both praised for the open discussion on living with disabilities and caring for young children who have them.

Katie has raised Harvey as a single mum as his father, former footballer Dwight Yorke, having little to do with them.

She has four other children – Princess and Junior from her marriage to Peter Andre, and Bunny and Jett from her relationship with Kieran Hayler.

She has recently teased that she may be pregnant again with current boyfriend, Carl Woods.

Metro.co.uk has contacted Katie and Harvey Price’s reps for comment.

How will coronavirus impact on festival line-ups? Can bands travel?