Grey’s Anatomy fans have seen Meredith Grey go through it all over the past 16 seasons, and season 17 has been no different.

As the coronavirus pandemic brought the world to a standstill, viewers saw the illness infect Ellen Pompeo’s character and leave her fighting for her life.

Ever since there’s been constant speculation that Ellen might not be part of the long-running ABC medical drama after the season wraps – her contract technically runs out with this season.

The thought isn’t one that fans are particularly fond of, so Metro.co.uk caught up with some superfans to find out what they think will happen next for Meredith Grey. 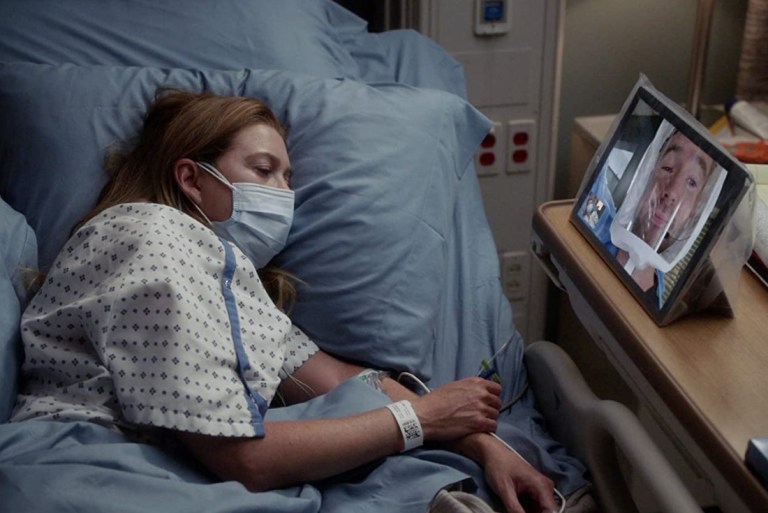 Giuseppe Corallo, who co-hosts Dance it Out podcast, grew up with the show and says ‘it is the longest relationship I ever had.’

The podcaster is not okay with the idea of having to watch Meredith die from the virus.

‘No, she can’t die. We have seen her struggle and overcome everything for the past 17 years. This cannot be how her story ends,’ he argues.

Jasmin Pettie also co-hosts Dance it Out podcast. She says she loves the show because it ‘created characters that you can really connect to and its one of the first times I saw my own feelings and values represented authentically on screen.’

The superfan accepts there’s a chance Mer could die this season as she explains: ‘It’s possible, but I don’t think it’s likely. I think if that was the plan they would have had her contract Covid-19 later on in the season to make for a shocking end rather than the more drawn out storyline that we are seeing.

‘It would also be a very depressing end to a very heavy season during a difficult time so while I think they might tease that I think she is going to recover in the end.’

DeJonna Williams is an admin and moderator for the Grey’s anatomemes Facebook group, which has over 90,000 members. She fell in love with the series while watching the show with her family.

She says she’s not prepared for the show to kill off Meredith because it would be a disservice to the creativity of the series’ writers.

‘I am not prepared for that outcome. I do not think this is a good ending to the show and is the easier route to go to end it. The writers are creative and I think there are several other ways to end the show,’ she explains.

A (who chose not to be named) runs Instagram fan page, Greysanatomy_the_best_show which has over 26,000 followers. They love the show because ‘you never know what will happen and you are at the edge of your seat.’

They say they simply aren’t prepared to watch Meredith die from Covid-19, and they aren’t keen on seeing her choose to retire when she recovers from it…

Meredith Grey can’t retire at the end of Season 17 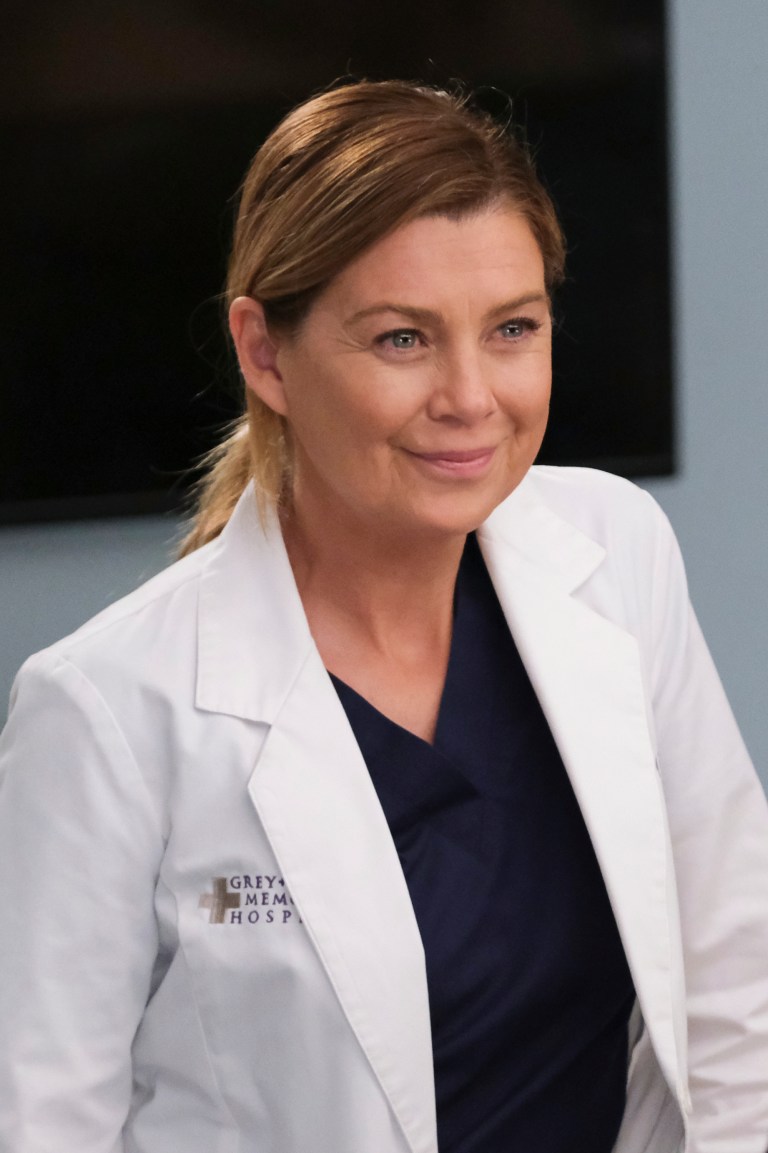 Grey’s Anatomy superfans don’t think Meredith will retire at the end of the season (Picture: Jessica Brooks/ABC via Getty Images)

Jasmin thinks Mer retiring could happen but has a feeling the writers have something else up their sleeve.

‘It’s possible, but for me, the more likely scenario is that they fake us out, but then she recovers and goes on with her life as an award-winning surgeon and mother fighting the good fight,’ she muses. ‘I’d like to see the show end on a positive note and I think that would be a good way to do it. Meredith’s strength has always been her ability to persevere and I think the end of the show should honor that. ‘

Giuseppe also doesn’t think Mer’s retirement is likely as he states: ‘I don’t think this is how they are planning to end her journey.

‘It wouldn’t be fair to her character and to the message she has spread all over the world during these years: that life goes on no matter what, that the carousel never stops turning, that there is always a light of hope. Always.’

Dejonna feels like Mer isn’t about to retire her way out of the hospital right now either as she adds: ‘Ellen is always full of surprises but I think if Ellen goes the show may not survive without her.’

Ellen Pompeo needs to stay on for another season 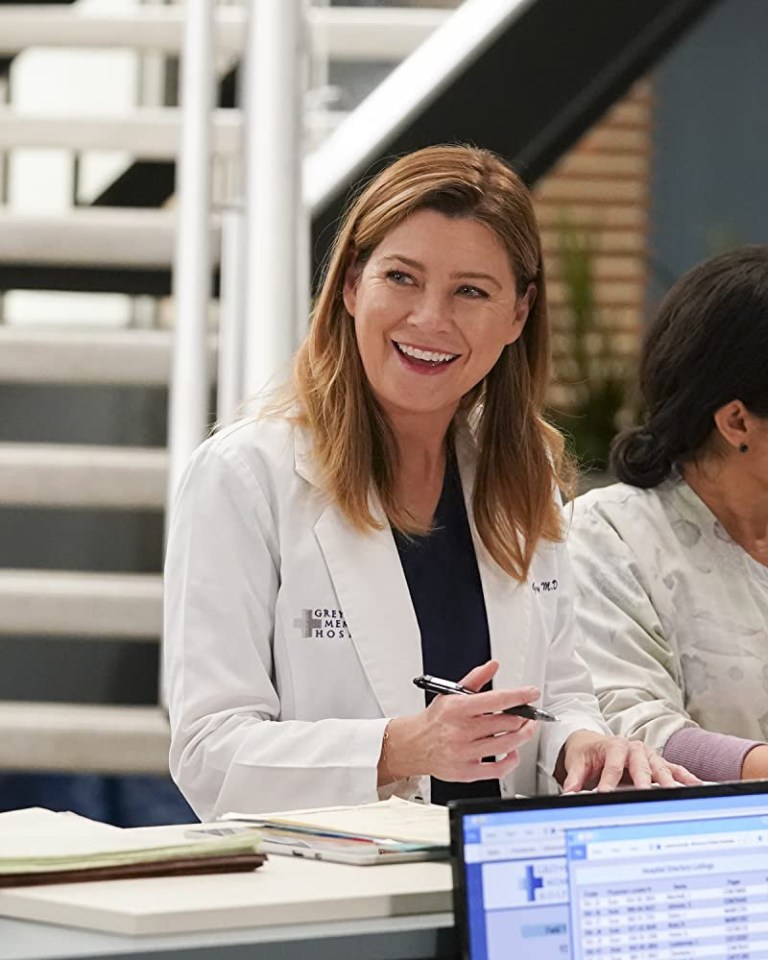 Grey’s Anatomy superfans hope Ellen Pompeo will extent her contract for one more season, at the very least (Picture: ABC)

Guiseppe believes ‘they should end the series with one last season, season 18.’

‘It should be a COVID-free season to tie up all loose ends and to give the show and its characters the great ending they deserve. I really hope that in the next few weeks they are going to announce one final season,’ he says.

Jasmin accepts that the show might not make it to Season 20 but insists there should definitely be one more.

‘I’d love to see the show make it to 18 seasons. Going into this season I really felt that it was going to be the last one based on the storylines that they had set up in Season 16. But then COVID happened and that changed everything,’ she explains. ‘Everyone’s lives are on hold. The characters and ours. I’d like to see them do one final season after this to tie up all the loose ends and give the characters the happy endings they deserve.’

Dejonna would like the show (and Ellen) to reach twenty season before coming to an end as she tells us: ‘The show going to 20 seasons is enough time to begin finding the perfect way to end everyone’s story without leaving anything open for the imagination.’

A also hopes that Ellen will stick it out on the show, with their fingers crossed tightly that the series will make it to the 20th season.

Grey’s Anatomy has done a great job covering the pandemic 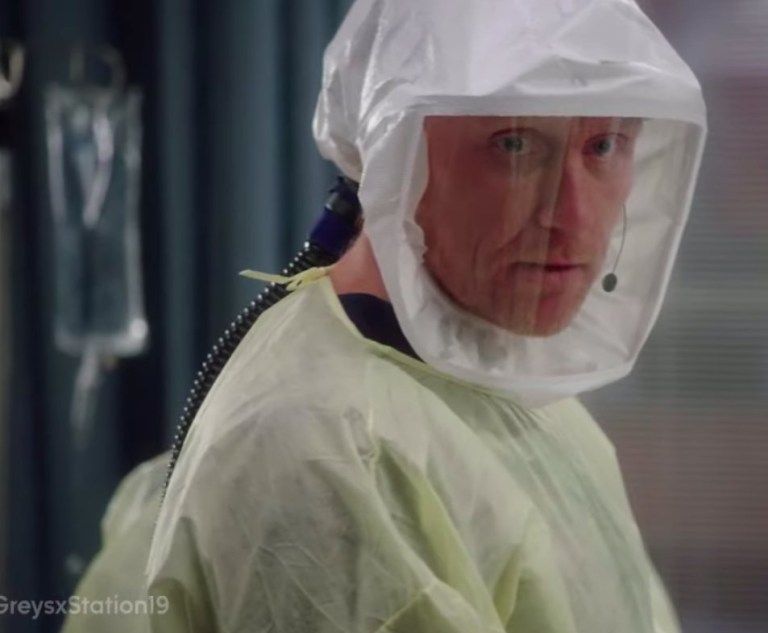 Grey’s Anatomy superfans praised the show for tackling the pandemic with such depth and care (Picture: ABC)

One thing all the superfans also agree on is the fact Grey’s has done an amazing job covering the biggest medical story of our time.

DeJonna is full of praise as she states: ‘I think they did an incredible job covering the pandemic. It really showed a glimpse of what our health care providers on the front line are going through.’

Giuseppe applauds the team as he adds: ‘I think they are doing a great job, they are really showing the difficulties that hospitals had and still have to endure during this pandemic.

‘They are doing a great job at balancing the humor for which Grey’s is known for and the drama. Of course, this is a strange season and I hope that the next episodes are lighter.’

Jasmin agrees as she says: ‘I think they are doing a great job overall. The first four episodes of the season I think really struck a good balance between showing the reality of the pandemic and what health care workers are going through right now and the humor and twistiness that Grey’s is known for.

‘The last two episodes were a bit heavier, but I understand that they are trying to show the reality of the situation and highlight some important issues.’

A also feels the same way, stating: ‘They covered the pandemic as much as they could do far. Compared to other medical shows I think they did better.’

Time will tell what the rest of this season has in store for Meredith, but it’s safe to say fans are hoping for a happy ending to the season 17.

Grey’s Anatomy and Station 19 returns to ABC tonight in the US. Season 17 will premiere on April 7 in the UK on Sky Witness.