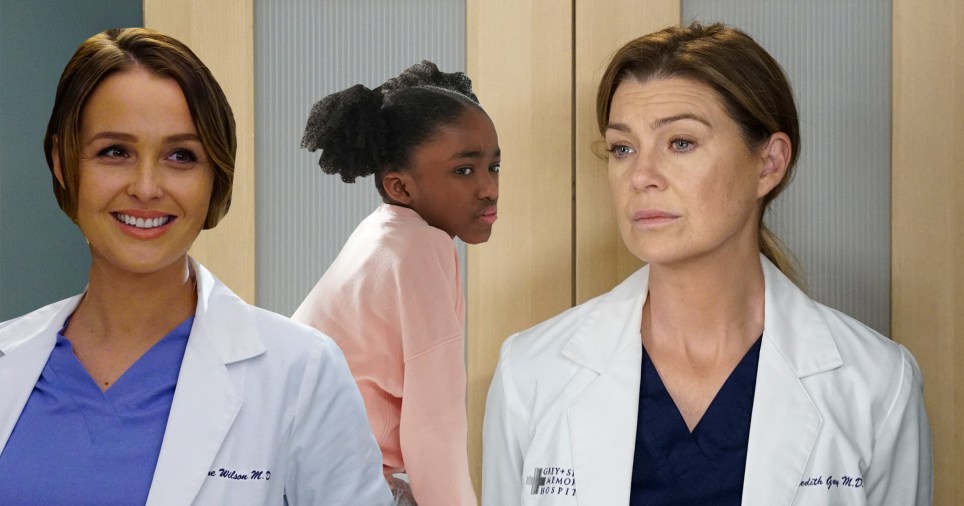 Superfans have their say about how Grey’s Anatomy should end (Picture: ABC)

Grey’s Anatomy’s ending is a topic that fans don’t want to think about but might have to prepare themselves for real soon.

Between showrunner Krista Vernoff and lead star Ellen Pompeo’s continuous hints that the long-running medical drama might not be returning for an 18th chapter, it’s looking more and more likely that we’ll have to say goodbye to Meredith Grey and the gang sooner than we’d like.

So what would be the best way to draw the iconic ABC series to a close?

Considering Ellen’s contract runs out at the end of this current season – and is still yet to be officially renewed – might the show continue on without her character for a while before it does come to an end?

Metro.co.uk caught up with some superfans to find out what they think a perfect ending to the series would be.

The best ending for Grey’s Anatomy would be… 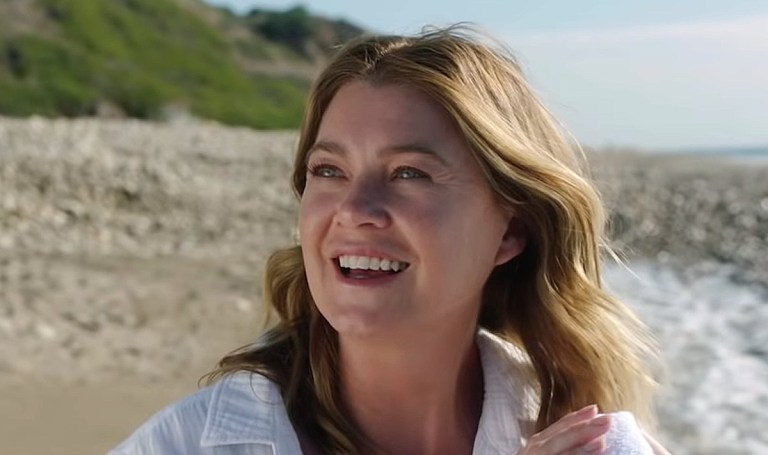 Fans would like to see Meredith retire and live happily ever after (Picture: ABC)

Giuseppe Corallo, who co-hosts Dance it Out podcast, grew up with the show and loves because of ‘its funny moments, for its twists and most of all for its sweeping romances.’

The podcaster says his dream ending would see ‘Cristina, Izzie and Alex come back to the hospital.

‘I would think that a reunion – sadly George died – between the original inters of the show is needed.’

He adds: ‘I want a happy ending for Meredith, too. I really like her with Cormac Hayes aka McWidow.’

Jasmin Pettie also co-hosts Dance it Out podcast. She says she loves the show because ‘of the characters, the twists, the turns, the writing, and the romance.’

She says: ‘My dream ending for the show would be for Meredith to get her happy ending and for all of the characters to be brought back together by some kind of event or celebration.

‘A character’s wedding or an anniversary event for the hospital perhaps. I’d love to see the original interns: Meredith, Cristina, Alex, and Izzie back together with some kind of nod or ghostly appearance by the dearly departed characters we miss so much.’ 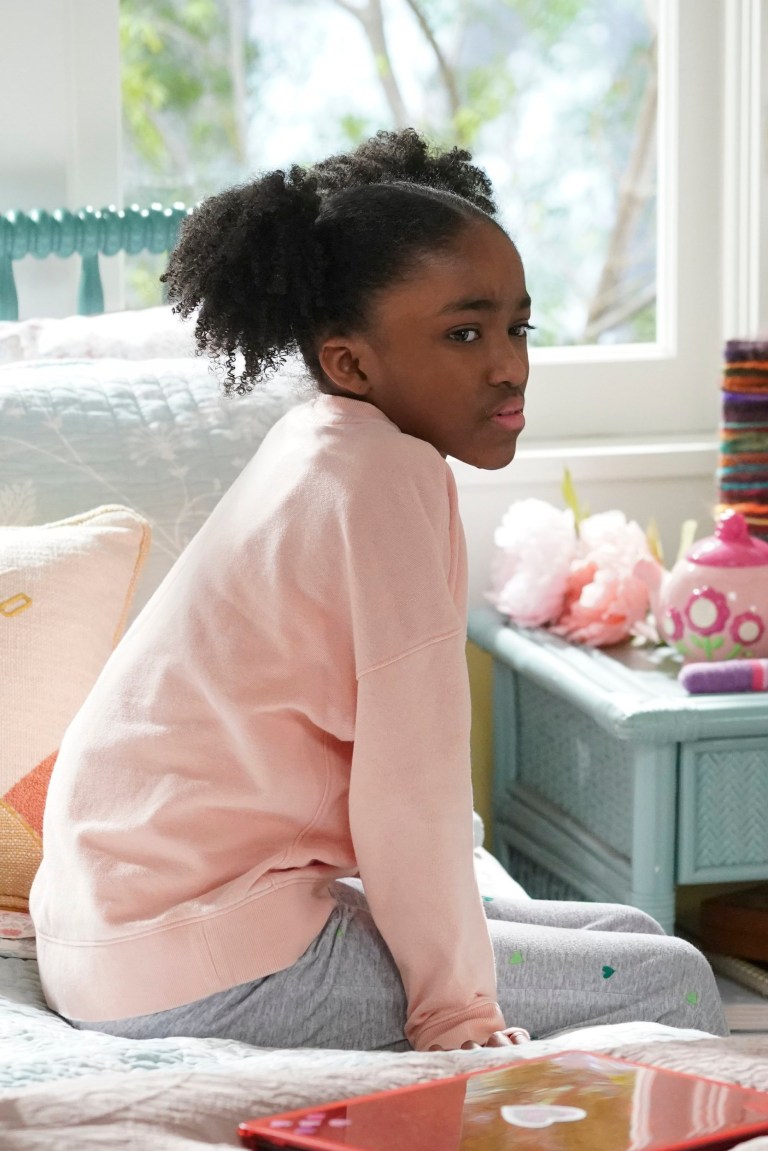 It would only be right if Zola continues the Grey legacy and becomes a surgeon as well (Picture: ABC via Getty Images)

She also wants Meredith to find love again as she adds: ‘I would love for Meredith and Hayes to end up together and live happily ever after.’

DeJonna Williams is an admin and moderator for the Grey’s anatomemes Facebook group, which has over 90,000 members. She fell in love with the series while watching the show with her family.

The superfan states: ‘I would want to watch Meredith retire after winning another Harper Avery.

‘As she retires Zola becomes an intern with her dad’s scrub cap on, doing the appendectomy surgery that became a ritual surgery for incoming interns.’

A (who chose not to be named) runs Instagram fan page, Greysanatomy_the_best_show which has over 26,000 followers. They love the show because ‘you never know what will happen and you are at the edge of your seat.’

They believe the show will end by revealing that ‘Meredith has Alzheimers and this was all her trying to remember what happened.

‘Zola would be chief of surgery. Bailey would be a general surgeon, Ellis would be a surgeon as well.’

The final scenes will see ‘Derek by her side as she walks into the light with everyone she “lost”.’ 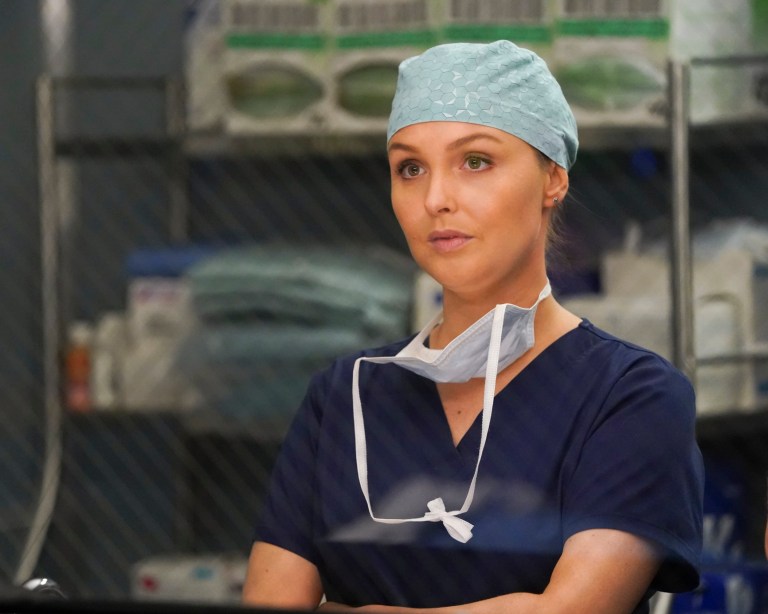 Fans aren’t completely against the show doing a few seasons following the stories of all the other doctors if Ellen Pompeo leaves the medical drama (Picture: ABC via Getty Images)

Should the show end when Meredith Grey is gone?

Some fans have shown an interest in seeing another character such as Jo Wilson becoming the focus of the show.

Jasmin isn’t keen for the idea as she states: ‘While there are lots of great characters on the show, past and present, no one can take Meredith’s place. She is iconic and irreplaceable. She’s the force that ties the show together and one of the reasons for that is the great amount of compassion and empathy she has for others.

‘Ellen Pompeo is an amazing actress and she brings a depth and complexity to Meredith that is unmatched and I don’t think any of the other actors or characters could fill her shoes.’

Giuseppe agrees as he stated: ‘It should always have Meredith in the spotlight. Every show needs a central storyline, it makes for a tighter and more powerful story.

‘As much as I love the ensemble, the nostalgia is a great factor in long-running shows and Meredith offers that as well. She is the glue that holds the show together so I don’t think anyone can replace her.’ 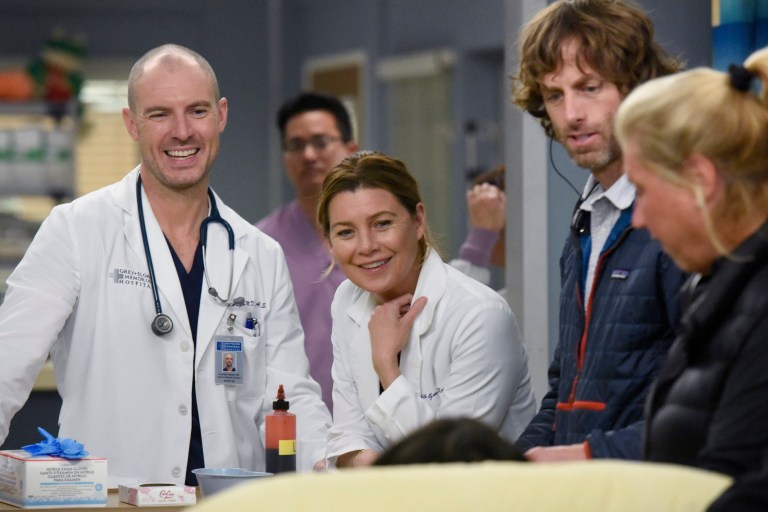 DeJonna isn’t completely against the idea as she muses: ‘I would love to see more with Maggie, and several other characters. I like Jo Wilson and it could be interesting to really dive in more on her story.

‘She has so much that can be explored and I think it would be a great idea to see that happen if they decide to take that route.’

She does admit that ‘Grey’s might not be the same without Meredith’.

A agrees and doesn’t think the show would necessarily have the impact with Meredith, but they wouldn’t mind the show carrying on with a focus on the rest of the cast if Ellen Pompeo does leave the series.

Jasmin explains: ‘Meredith and her journey are what ties and holds the show together. Without her, everything would become loose at the seams.

‘Plus, there are lots of other shows that do that so well already. ER for example did that very well and is iconic as a result. However, Grey’s Anatomy is about Meredith’s journey.

‘The show resonates with fans because at its core it’s about making you fall in love with the characters, their struggles, and their development.’

Giuseppe adds: ‘I don’t think the show should outlive its titular character. Meredith Grey is the heart and soul of the show, she is the reason why the show has lasted all these years. This is her life path, her journey, she should be there until the last frame of the show. Meredith Grey is iconic.’

There you have it, folks. The people have spoken!

Grey’s Anatomy and Station 19 airs on ABC in the US, while it is available in the UK on Sky Witness.