The 18-year-old activist used the colourful phrase on the BBC politics show today and, despite the interview being pre-recorded, it wasn’t bleeped out.

She was defending recent climate demonstrations, such as the Insulate Britain movement that has paralysed roads.

Greta said: “To make clear, as long as no-one gets hurt, then I think sometimes you need to anger some people.

“Like, for instance, the school strike movement would never have become so big if there wasn’t friction, if some people didn’t get p***ed off.”

One viewer spluttered: “Did Greta just say ‘p***ed off’ on the BBC several hours before the watershed? It’s not live, so not sure why the BBC didn’t edit it.”

Another insisted: “Erm ‘p***ed off’ is unacceptable according to ofcom pre-watershed.”

But a third tweeted: “Greta saying ‘p***ed off’ on the BBC – good on you girl – getting your point over.”

Greta, one of the most high-profile environmental activists on the world stage, was speaking to the BBC interviewer ahead of the Cop 26 summit.

She was mobbed as she arrived in the city – by train – yesterday, being escorted from the station by police.

The critical event, which is being held in Glasgow, will see world leaders discuss how best to tackle climate change.

Starting today and lasting until 12th November 2021, Cop 26 is being billed as a ‘last chancee’ to tackle the environmental problems facing the planet.

Elsewhere in the interview today Greta said there was “more responsibility” for people in the UK and her home nation of Sweden to demonstrate over climate change because they have a right to protest.

She said: “It makes you just feel so grateful that we are actually able to protest and that just puts more responsibility on us who actually have the right to protest, to use that right.

“Not just for our sake but for everyone’s sake, especially for their sake to help them as well.” 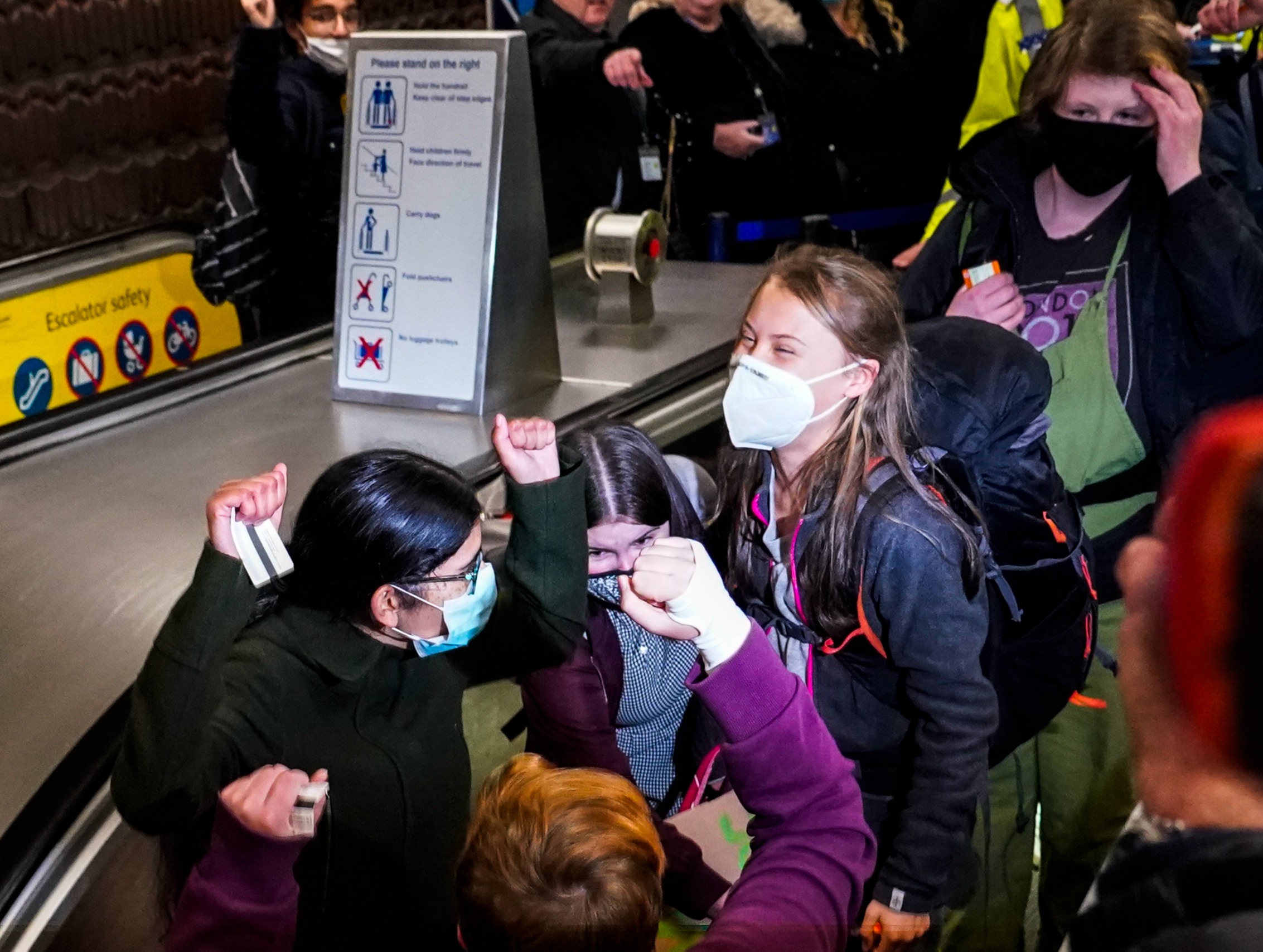 Greta was escorted by police from the Central Railway station in Glasgow yesterdayCredit: AP 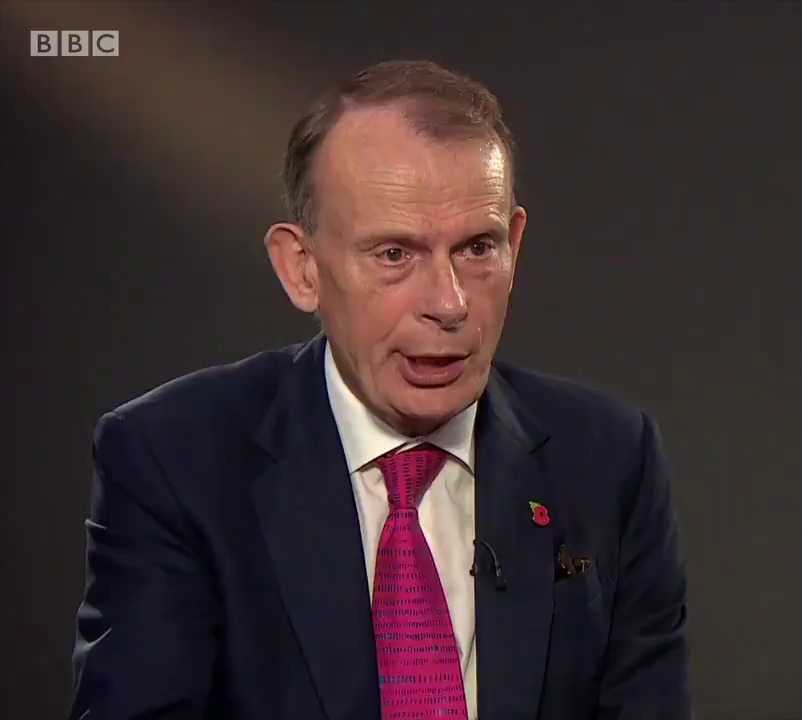 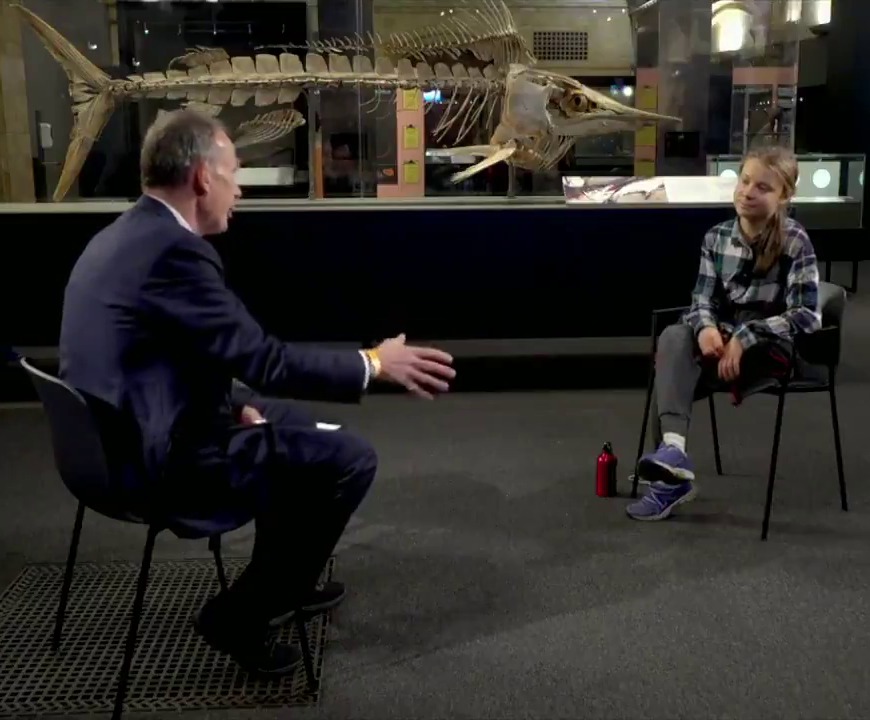