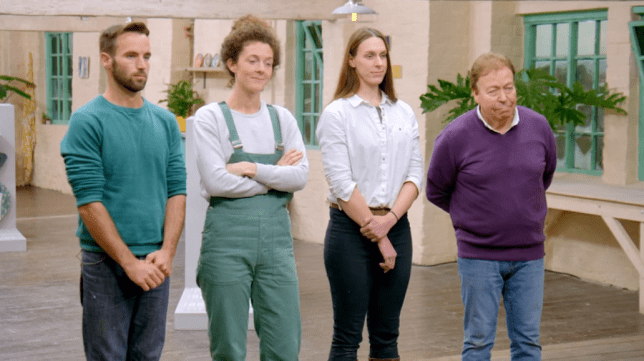 The finalists for The Great Pottery Throwdown have been revealed (Picture: Channel 4)

The Great Pottery Throwdown has revealed the three contestants through to the final after a big bathroom challenge.

It also included a spot test where the potters were challenged to decorate a chamber pot with a meaningful message.

The four remaining contestants gave it their all as a place in the final was at stake.

Who is in the final of The Great Pottery Throwdown?

At the end of the episode, host Siobhán McSweeney announced that Hannah would be going home.

Her exit meant that Adam, Peter and Jodie had made it through to the final next week where one person will be crowned the winner. 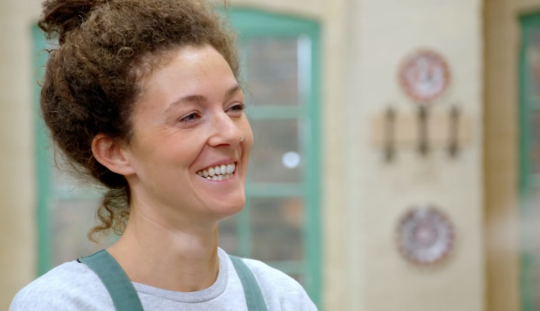 Hannah crashed out at the last hurdle (Picture: Channel 4)

Hannah said after her exit: ‘I’m leaving with such a confidence in doing pottery, being encouraged and being validated that it is worth spending time doing something that you love doing.

‘I’ve just had the most amazing time. It’s the most unique experience ever.’ 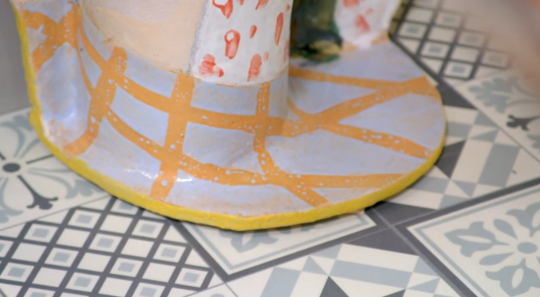 It was a tough make this week as not only did the sinks have to be soundly made and look incredible, they had to include taps and of course be able to hold water.

After the first firing in the kiln Peter and Hannah struggled with cracks in their makes but they muddled through until the second firing.

Adam was by far and away the success of the episode, coming first in the spot test with his decorated chamber pot and impressing with his mermaid inspired sink. 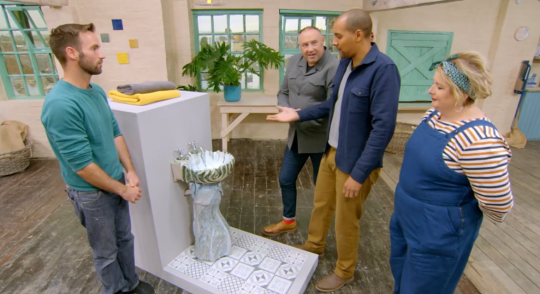 He was awarded potter of the week for the first time with his sink getting a place in the Throwdown gallery.

The Great Pottery Throwdown continues Sunday at 8pm on Channel 4.