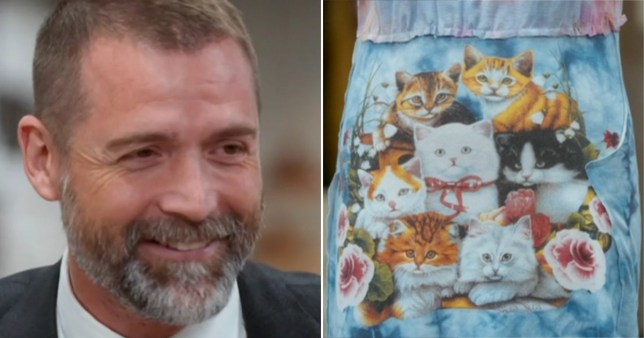 The first episode of The Great British Sewing Bee was derailed by the design (Picture: BBC)

The Great British Sewing Bee was totally derailed in the first episode of the new series as an unfortunate design choice left both judges in stitches.

On Wednesday night’s episode the new sewers were set a new transformation challenge – turning the humble T-shirt into a much more interesting item of clothing.

Contestants could use up to three T-shirts for their creation, and one sewer Jean, went for an eye-catching garment for hers.

The striking item was a multicoloured tee that featured an unusual and rather twee picture of kittens and flowers on the front.

Jean turned it into a dress, repositioning the image so it was at the front of the garment’s bottom half.

When it came to the judging, Patrick Grant and Esme Young spotted a rather rude design flaw as the cats were placed over where the wearer’s crotch would be. 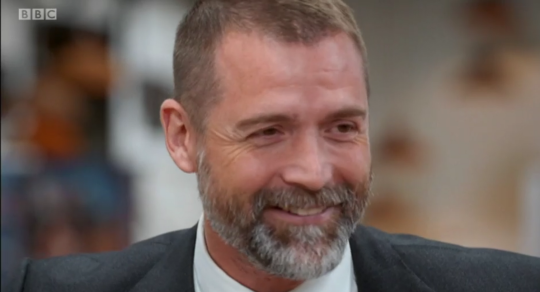 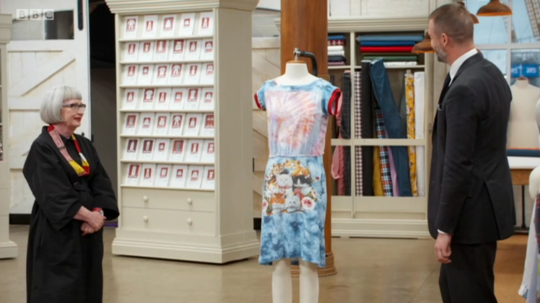 Jean made her dress out of T-shirts (Picture: BBC) 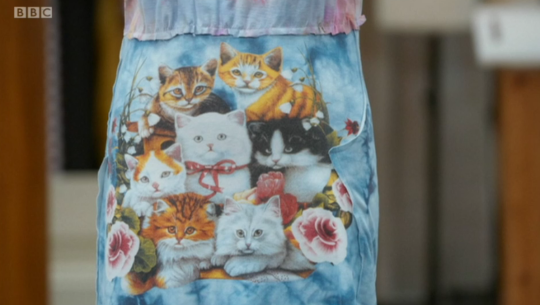 He had to pause, and struggled to speak for laughing with Esme getting the giggles as well.

Patrick continued: ‘Who chose to put the pussies on the front? I don’t know what to say. What are you all doing?’

It came after Adeena submitted a pair of harem pants that she had stitched so a pink triangle of material covered the crotch area. 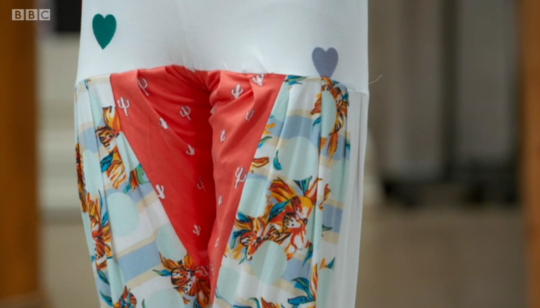 The harem pants were no better (Picture: BBC)

Pointing out how it looked, Patrick burst out laughing and covered his face with his hands.

The episode ended with host Joe Lycett announcing that Julie would be the first sewer sent home, after she failed to complete her buffet dress in time.