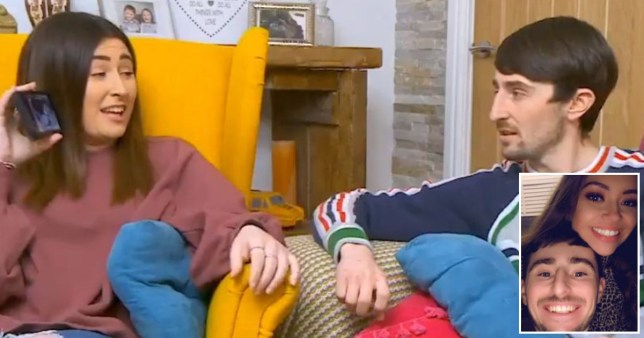 Gogglebox viewers were left emotional after Pete Sandiford casually revealed he and fiancée Paige Yeomans are expecting a baby together.

At the start of Friday’s show, Pete showed a scan of the baby to sister Sophie Sandiford as he teased that she was about to become an auntie to a niece or nephew.

Sophie asked whether Pete thought the baby might look like her, to which he joked: ‘No, it’s going to be good looking. Hopefully it looks like Paige.’

He mused: ‘Innit mad? I am actually going to be a dad to somebody,’ to which Sophie replied: ‘Crazy. Life’s coming at you fast.’

Viewers were loving the low-key announcement, tweeting: ‘I love how Pete just casually drops in these life experiences he’s having in the show. Engaged and now gonna be a dad bruh.’

Although Pete and Paige keep their relationship fairly private, his fiancée has occasionally featured on his Instagram page.

It is unknown how long Pete has been dating Paige, an emergency service call handler, or how they met.

Pete had announced his engagement in a similarly low-key way, with Sophie casually asking him on the show in February if he feels any different now he is engaged.

He replied: ‘Yeah, I think. I feel like an even bigger responsibility. I don’t know why. I’m going to have a wife.’

‘Yes, you’re going to have a wife,’ Sophie added.

Pete also revealed he hasn’t chosen a best man, suggesting he could choose Sophie to be his ‘best woman’, but she refused to entertain wearing a tuxedo.