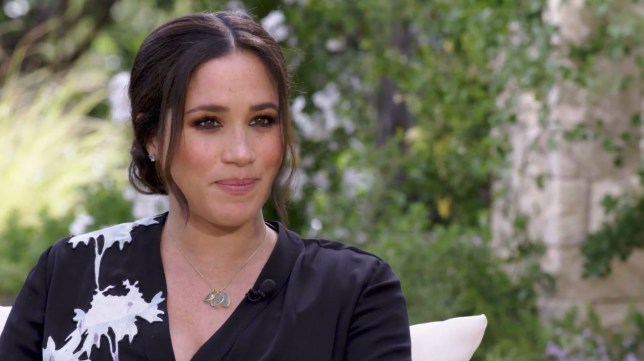 The stars of Gogglebox expressed their upset over Meghan Markle’s heartbreaking revelations during her and Prince Harry’s interview with Oprah Winfrey, describing her recollections as ‘so sad’.

On Sunday evening, the Duke and Duchess of Sussex’s interview with media mogul Oprah aired in the US on CBS, before being shown the next day on ITV in the UK.

The couple made several startling admissions during their chat from Los Angeles, including Meghan’s claim that an unnamed member of the royal family shared ‘concerns about how dark’ Archie’s skin was going to be when he was born and the duchess stating that she suffered from suicidal thoughts.

On the latest episode of Channel 4’s Gogglebox, the stars of the show reacted to the big TV moment, with Lee Riley saying he thought it would be the ‘interview of the century’.

The cast of the show were shocked by the duchess’ claim that she was told her baby would not be offered security, nor would they automatically become a prince or a princess when Prince Charles becomes king, despite that being royal protocol.

They then watched as Meghan told Oprah about the unnamed royal’s alleged comment about her future child’s skin, with Pete Sandiford remarking: ‘This is going to have massive ramifications now for the royal family, because our perception of them is changing.’ 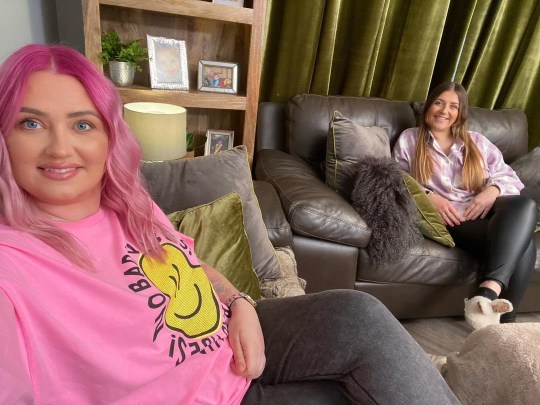 Sisters Ellie and Izzi Warner expressed their sympathy as Meghan opened up to Oprah about the impact the pressures of being in the royal family had on her mental health.

‘To have to admit that actually my world’s bucking down you know, and that I need help – that can’t have been easy for her,’ Mica Ven said.

Mary Killen added that she ‘can’t believe that if the Queen knew how upset she was, the Queen wouldn’t have insisted she have some help’, after Meghan said that when she reached out to the ‘institution’ for help with her mental health, she was reportedly informed that nothing could be done.

‘Surely there was somebody there who would’ve have just helped her,’ Jenny Newby added.

When Prince Harry joined Meghan’s side during the interview, Oprah tried once more to find out which member of the royal family allegedly had ‘concerns’ about ‘how dark [Archie’s] skin might be when he’s born’.

As the duke refused to say who it was, while confirming that the conversation did take place, Izzi said that ‘if he shared’ that information, that would result in ‘bridges’ being ‘burned’ with the royal family.

In addition to Meghan and Harry’s chat with Oprah, the stars of Gogglebox also reacted to the moment Piers Morgan stormed off the Good Morning Britain set after engaging in a row with fellow presenter Alex Beresford about the duchess.

Following the airing of Meghan and Harry’s interview, the royal family released a statement that said: ‘The whole family is saddened to learn the full extent of how challenging the last few years have been for Harry and Meghan.’

Gogglebox is available to watch on All 4.