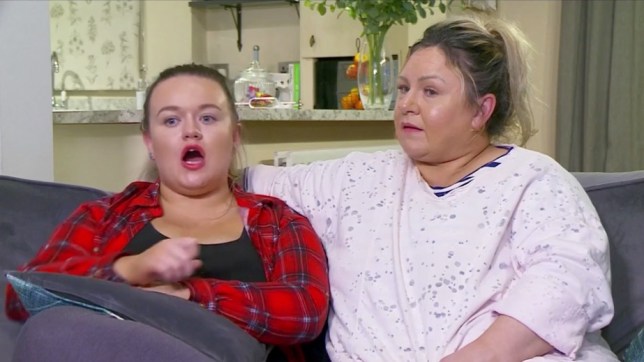 Paige was utterly astonished by the news (Picture: Channel 4)

Several of Gogglebox’s stars were fuming over the news they may not be able to travel abroad this summer, with Tom Malone Sr angrily saying he’d already booked a trip to Spain for the family.

On Friday evening’s episode of Gogglebox, the participants of the Channel 4 programme reacted to a BBC news segment where it was declared that a record number of people had been vaccinated in the UK for a second day in a row.

However, off the back of that good news, it was also revealed that a government advisory body has warned against summer holidays being allowed overseas.

At this announcement, a few of the Gogglebox stars reacted with fury.

‘No!’ Paige Deville exclaimed while sitting next to her mum Sally, while Stephen Webb stated ‘What?!’ in disbelief.

New cast member Vanessa Malone, who joined the Malone family on the sofa after her brother Tom Malone Jr’s exit from the show, asked: ‘Did they say “unlikely”?’ 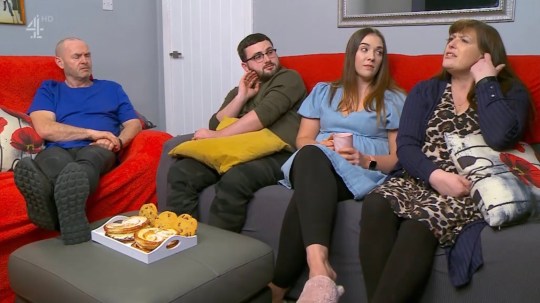 Tom Malone Sr is not happy his trip to Spain might not go ahead (Picture: Channel 4) 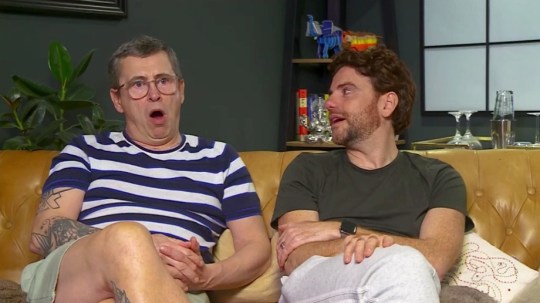 But Raza Siddiqui took a more light-hearted approach to the revelation, singing: ‘We’re not going on a summer holiday.’

The Warner sisters felt that it would be a responsible decision for the government to make, with Izzi Warner stating: ‘Well that’s a wise move from the government, I’m glad to hear they’re being cautious.’

‘For once,’ Ellie Warner quipped.

Izzi later joked that she doesn’t ‘think anybody’s getting a Benidorm tan this year’, with Ellie adding: ‘That’s it – Scarbados this summer.’

Meanwhile, Mary Killen appeared forlorn over possibly not being able to take a trip to the Caribbean.

‘I don’t know if I’ll ever see Jamaica again,’ she said wistfully.

Earlier this week, epidemiologist Professor Neil Ferguson spoke on BBC Breakfast about the possibility of no holidays overseas this summer.

‘Depending what happens in other areas of the world, travel may be one of the later things to be relaxed,’ he said.

‘But I think we… whilst not everything will be back to normal by the summer, certainly by the autumn, it will feel a lot more normal.’

Gogglebox airs on Fridays at 9pm on Channel 4 and is available to watch on All 4.