Gogglebox star Lee Riley has thanked fans for their messages of support to Jenny Newby following her surgery.

The Gogglebox duo are among the favourites of the famed Channel 4 show, and there were plenty of fans left confused when they were missing from recent episodes.

Lee later confirmed that Jenny was missing from the show – and was unable to attend the Baftas – as she had undergone surgery.

He assured fans, however, that it was a ‘minor operation’ and Jenny would be fighting fit in no time.

Now the star has thanked fans for their well-wishes with a sweet video message, where he called the public ‘great’ for checking in on her.

Taking to Twitter, Lee gave fans ‘an update’ on his BFF and explained that she had been on the waiting list for the operation for two years – and of course it had to land on Bafta week.


Lee and Jenny are usually inseparable but Lee attended the Baftas without his BFF (Picture: Instagram/jennyandlee_gogglebox )

‘I was totally gutted that she couldn’t be by my side last night, and she was as well,’ he admitted.

He assured fans Jenny was ‘doing well’ and would be leaving hospital ‘this week,’ urging them not to believe everything they read in the papers.

Lee went on to say he had passed on all the supportive messages, ‘and she wants to say thank you – and so do I.’

‘I’d like to say thank you for caring, you’re great,’ the reality star said. 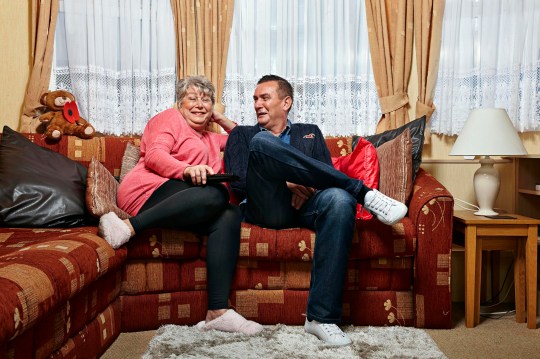 The pair are firm fan favourites of the Channel 4 series (Picture: Channel 4)

He finished the video by adding cheekily: ‘Did you know we won a Bafta?’

On Sunday, the beloved programme nabbed the gong for best reality and constructed factual programme, beating the likes of RuPaul’s Drag Race and Married At First Sight.

Lee and Jenny first became friends after meeting in Jenny’s pub, where Lee was a regular.

Since then they’ve become inseparable, jetting off on holidays together and even isolating together in Lee’s caravan during the first Covid-19 lockdown.

This bestselling pizza oven has just come back in stock