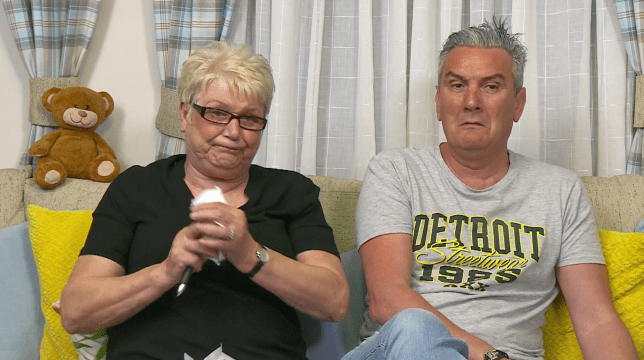 Gogglebox star Jenny was furious by the Line of Duty reveal (Picture: Channel 4)

Gogglebox star Jenny Newby furiously ripped her Line of Duty notebook apart after ‘H’ was unveiled as Ian Buckells in the finale.

We’ve seen Jenny proudly showing off her diary in recent weeks as she attempted to get to the bottom of the BBC One police drama.

Tonight’s episode of the Channel 4 series ended with the telly addicts sitting around the small screen to watch the final instalment of series six.

However, she was clearly left unimpressed by the controversial reveal, and took it out on her prized possession.

As the credits rolled, she tore pages out of the notebook, warning pal Lee Riley not to laugh.

Jenny’s co-stars were also baffled by the scenes, with Pete Sandiford yelling: ‘You’ve got to be f**king joking!’

As sister Sophie replied: ‘F**k off! We’ve waited six series for H to be Buckells, who can’t even spell definitely?!

‘Did they have 10 minutes to write the ending or something? Because something’s really gone Pete Tong here!’

Gogglebox viewers couldn’t get over Jenny’s reaction, and flocked to Twitter to discuss the scenes. 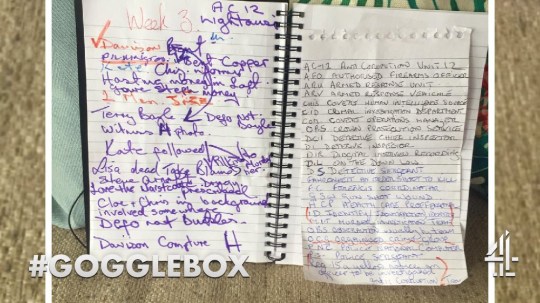 A fan wrote: ‘Jenny’s reaction speaking exactly for those who didn’t like the ending #LineofDuty.’

‘Perfect illiteration of the nations feelings on the #LineofDutyFinale,’ another agreed.

‘We were all Jenny on Sunday,’ one joked. 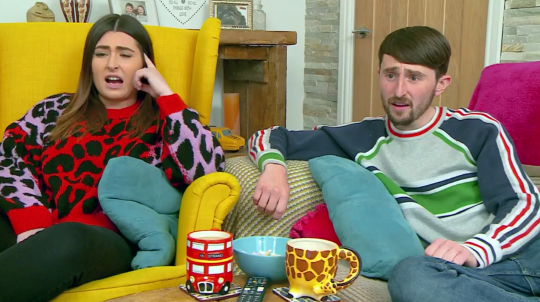 Pete and Sophie were also baffled by the finale reveal (Picture: Channel 4)

‘Poor Jenny, all that work and all those notes! #Gogglebox #LineOfDuty,’ a Twitter user commented.

While many, many more mourned for her precious notebook.

More than 12million people tuned in for the series six finale on Sunday, when AC-12 finally uncovered the elusive ‘H’ after years of hunting for the ‘fourth man’.

Unfortunately, some were let down with the reveal, with discussions over the instalment still rumbling on to this day.

jenny ripping pages out of her notebook and throwing them in frustration at the line of duty finale. i felt that so hard #gogglebox

Side note: He might want to have a word with Jenny…

‘We knew a “down” ending would rate less favourably with some viewers, however, all 7 episodes varied by under 10% on average viewer score.

‘The research determines the episode ratings based on randomly polling viewers, rather than sites like imdb where scores can be skewed by users strongly motivated to register their immediate anger/adulation.

‘1000 random viewers submitted scores from 1-10 which have been used to calculate the Appreciation Index (AI) as a score out of 100. The AI for the “down” finale was only 7 points below the next lowest in Season 6 (Ep 1).’

Jed added: ‘These figures won’t stop the debate, of course, nor should they – that’s still all part of the experience of shared TV viewing. Thanks again for watching.’

Gogglebox continues on Fridays, at 9pm, on Channel 4.