Kate Garraway made a hilarious appeal on Good Morning Britain asking for ‘the real Kate Garraway’ to reach out to her.

Her request came after a nurse with the same name as the TV star told Metro.co.uk that she has received a lot of fan mail meant for the GMB host.

During Friday’s episode, the 53-year-old spoke with co-host Ben Shephard about the woman who is her namesake.

‘At last, we have found the real Kate Garraway, how exciting is that? My friend sent me this yesterday, I wasn’t aware of her,’ Kate began.

‘She is called Kate Garraway and it’s even spelt the same way – it’s quite an unusual spelling.

‘She’s come forward, she’s declared herself, she has stood up as the real Kate Garraway.’ 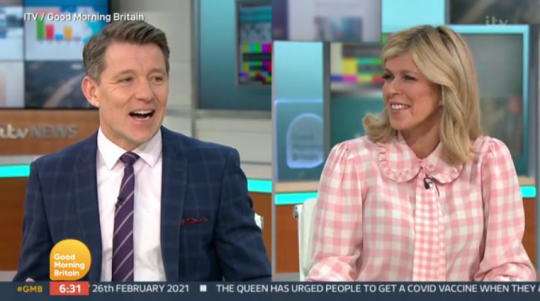 The mum-of-two went on to add that it’s not the first time the pair have crossed paths.

When nurse Kate was 11, her father messaged GMTV because he wanted to inform Kate that there was another Kate Garraway.

‘I sent a signed photograph and I didn’t know it was to another Kate Garraway,’ she continued. ‘That’s when she became aware that there was someone else in the world called Kate Garraway.

‘It’s haunted her all her life.’ 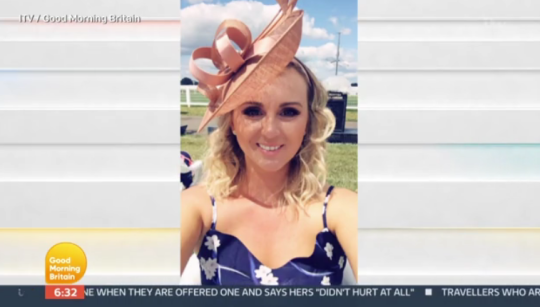 Ben went on to read out some of the article written by the nurse, who thought that GMB Kate wouldn’t have signed the photograph herself.

He also explained that nurse Kate has been receiving messages of ‘love and support’ from people thinking she is TV host Kate Garraway, whose husband Derek Draper is currently in hospital fighting complications from coronavirus.

At the end of the segment, Ben vowed to bring the two Kates together on the show.

‘If you know Kate, if she’s watching, she is probably on shift right now. Do get in touch because we would love to say hi,’ Kate pleaded.

Elsewhere on the programme, Kate told boxer, Frank Bruno, that she hasn’t seen her husband since Christmas.

Derek has been in hospital since the end of March 2020 after contracting Covid-19 and has remained in a minimally conscious state since doctors tried to bring him round from his induced coma.

His body had suffered many issues as a result of the Covid infection and he has been left with holes in his heart, lung issues and diabetes which he did not have before.