GOOD Morning Britain’s Charlotte Hawkins shared the memorable moment she met the Queen and Prince Philip as a young girl.

On today’s programme a throwback pic showed the broadcaster excitedly standing in front of the royals at a Maundy service. 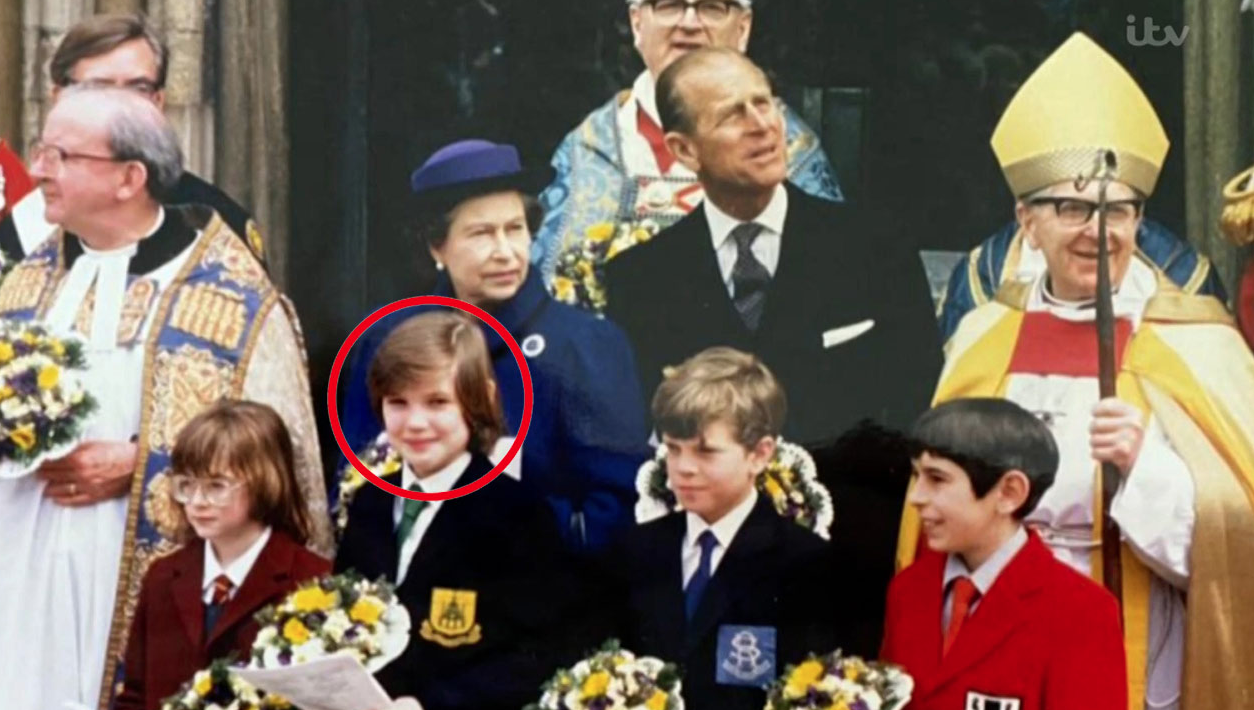 Wearing her school uniform, Charlotte smiled while holding a bouquet of flowers.

Ben joked: “You were always destined for glory.”

Explaining how she came to meet the monarch, Charlotte continued: “I was picked to hand out a bouquet of flowers to the Queen at the Maundy service.”

Each year on the Thursday before Easter Sunday the Queen commemorates Jesus washing the feet of his Apostles.

Charlotte continued: “I am one of those children in there anyway that’s me and my ear is sticking out, which obviously delighted me in all the official photos.

“And the lovely thing is you look at that photo there and the Duke of Edinburgh actually put his hand on my shoulder to speak to me.”

But his kind, and funny, words weren’t entirely what she was expecting. 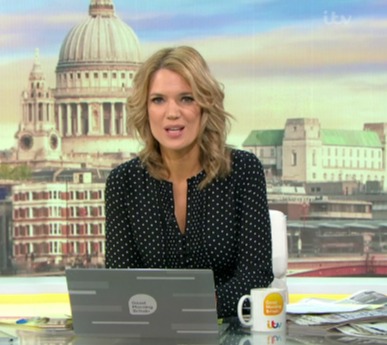 She said: “I was completely awestruck that he was speaking to me.

“The words he uttered were, ‘You’re going to need to move to the side because you’re in danger of blocking the Queen.’”

Yesterday it was reported that the Queen is being supported by her trusted “gang of four”, who will rally around her after Prince Philip’s death. 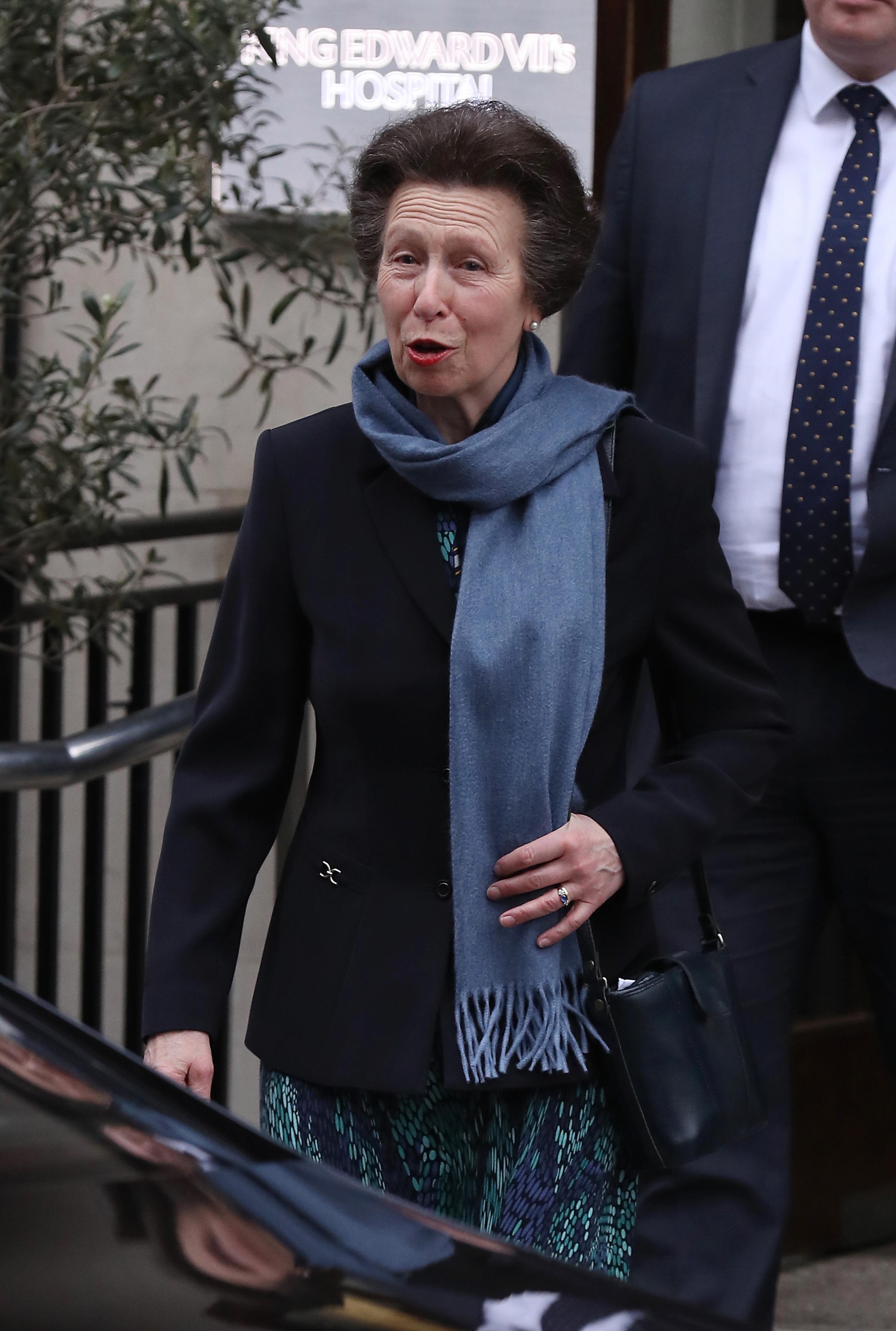 The Queen’s daughter Princess Anne has rallied around the monarchCredit: Getty Images – Getty 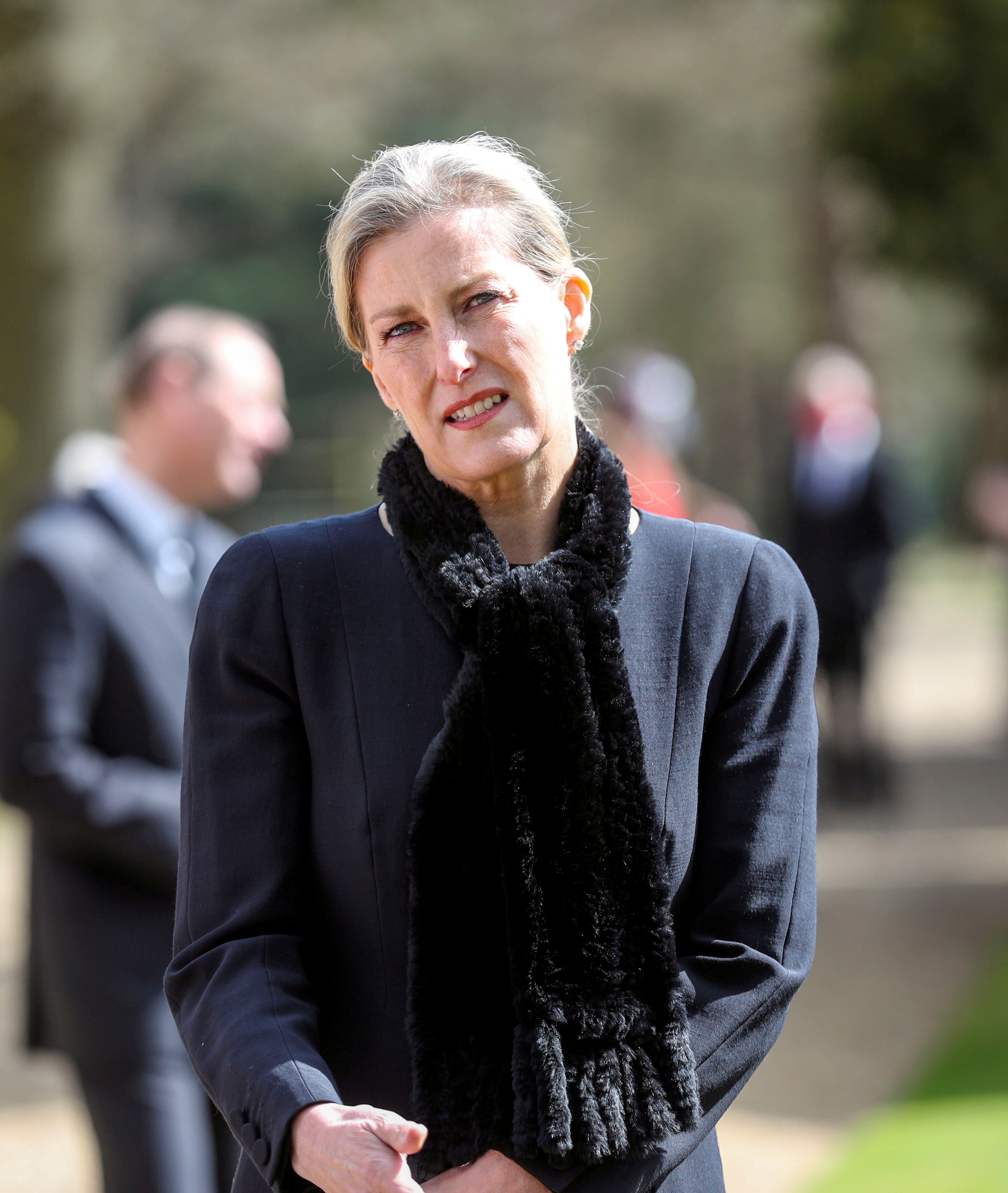 Sophie Wessex and the Queen’s relationship is reportedly like ‘mother and daughter’Credit: Reuters 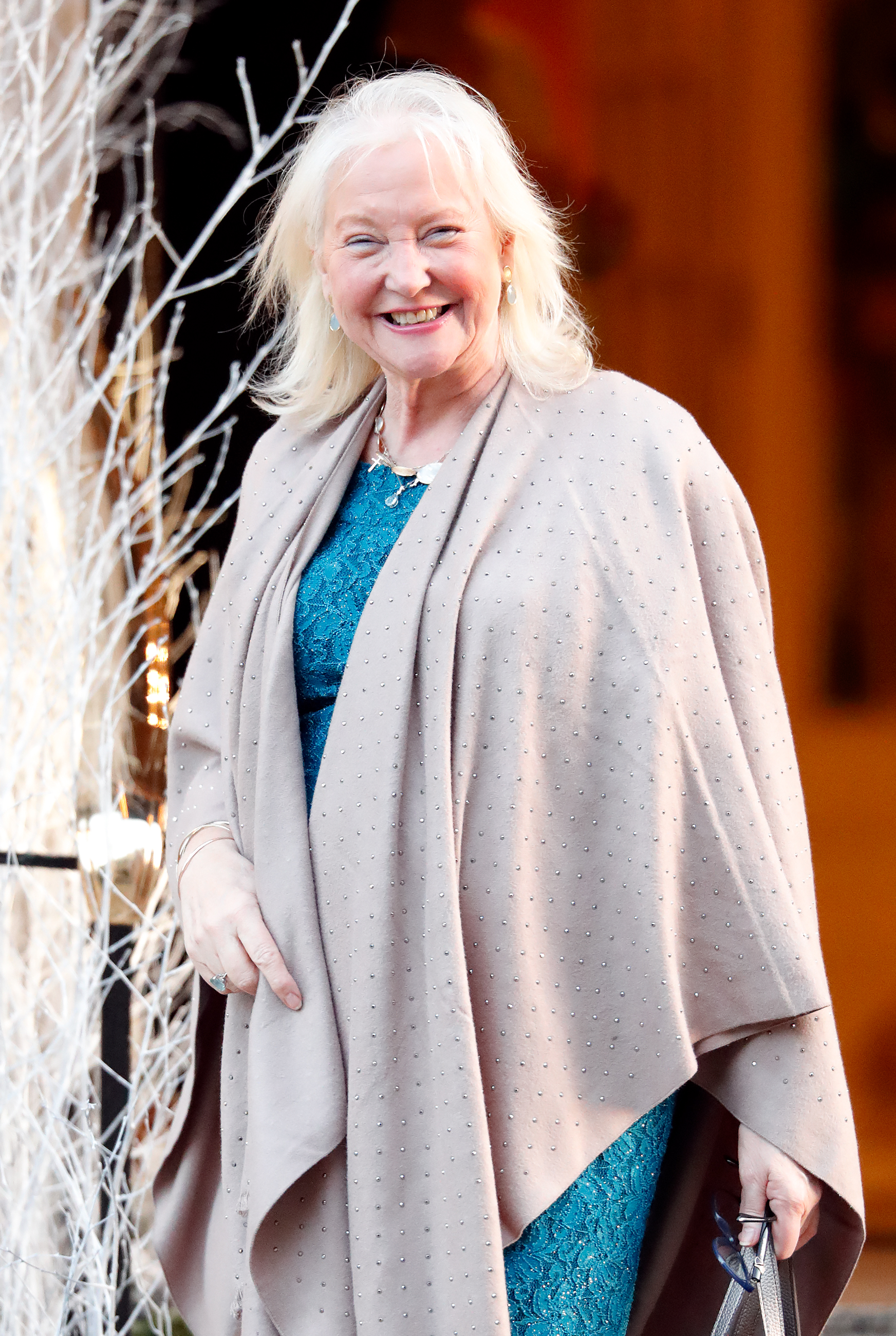 Angela Kelly was raised in a Liverpool council house but is now very close friends with the QueenCredit: Getty – Contributor 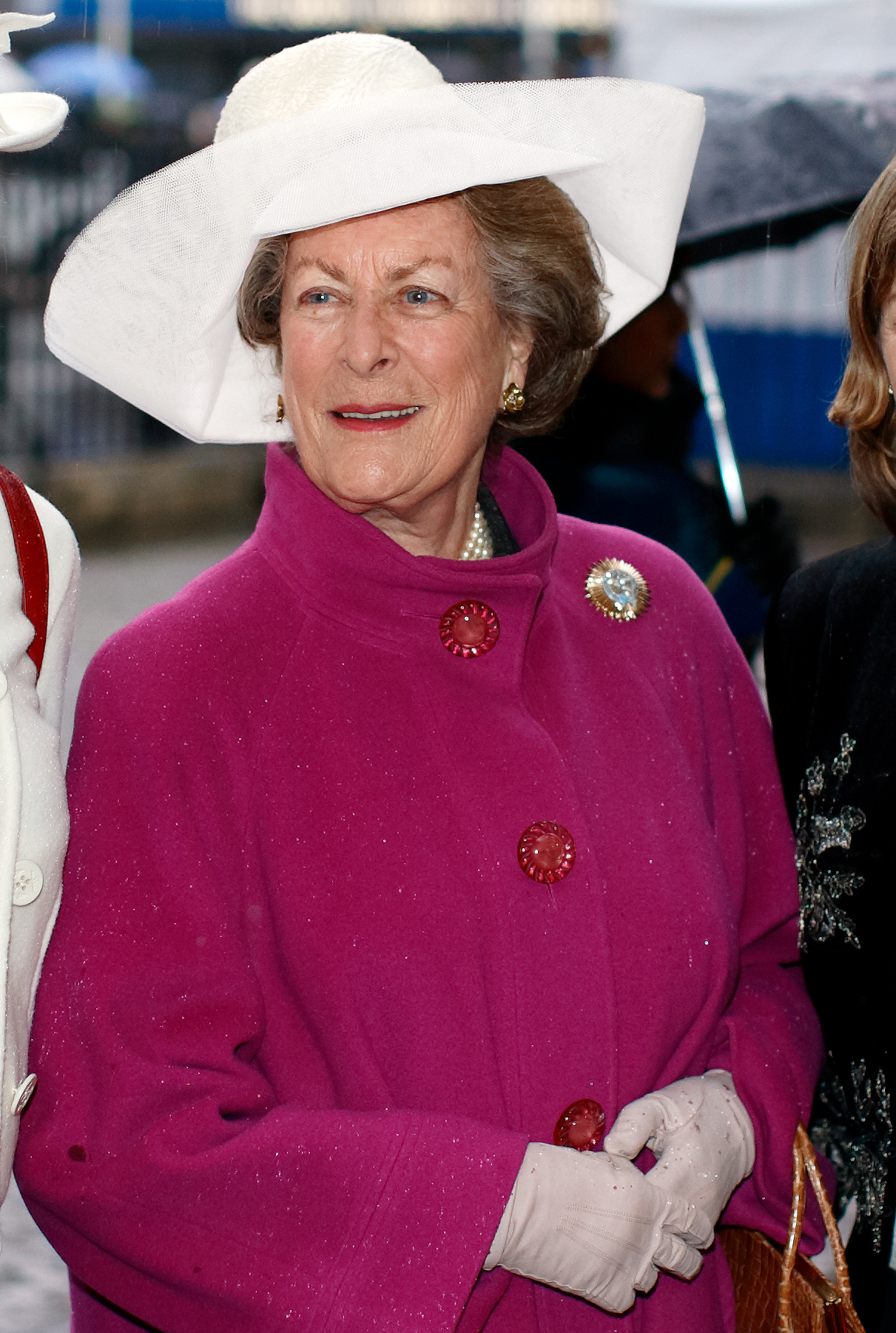 Lady Pamela Hicks was a bridesmaid at the Queen and Prince Philip’s wedding in 1947Credit: Getty

As Prince Edward and Sophie paid their respects to Philip at Windsor Castle on Saturday, Sophie said “the Queen has been amazing”.

A source told the Mail on Sunday: “Sophie is like another daughter to the Queen, they are that close.

“She is trusted and relied on like few others.”

The source reportedly said the “gang of four” are all extremely close to the Queen.

They said: “What they all share is utter devotion to Her Majesty, but also the ability to be honest with her – something which is rare in Royal households.”

Ms Kelly, 62, was raised in a Liverpool council house but is now very close friends with the Queen.

She has written two books with the monarch’s approval and lives in a home on the grounds of Windsor Castle.

Ms Kelly said: “I love the Queen and everything about her. She has allowed me to become closer to her over the years.

“We talk about clothes, make-up and jewellery. We are two typical women.” 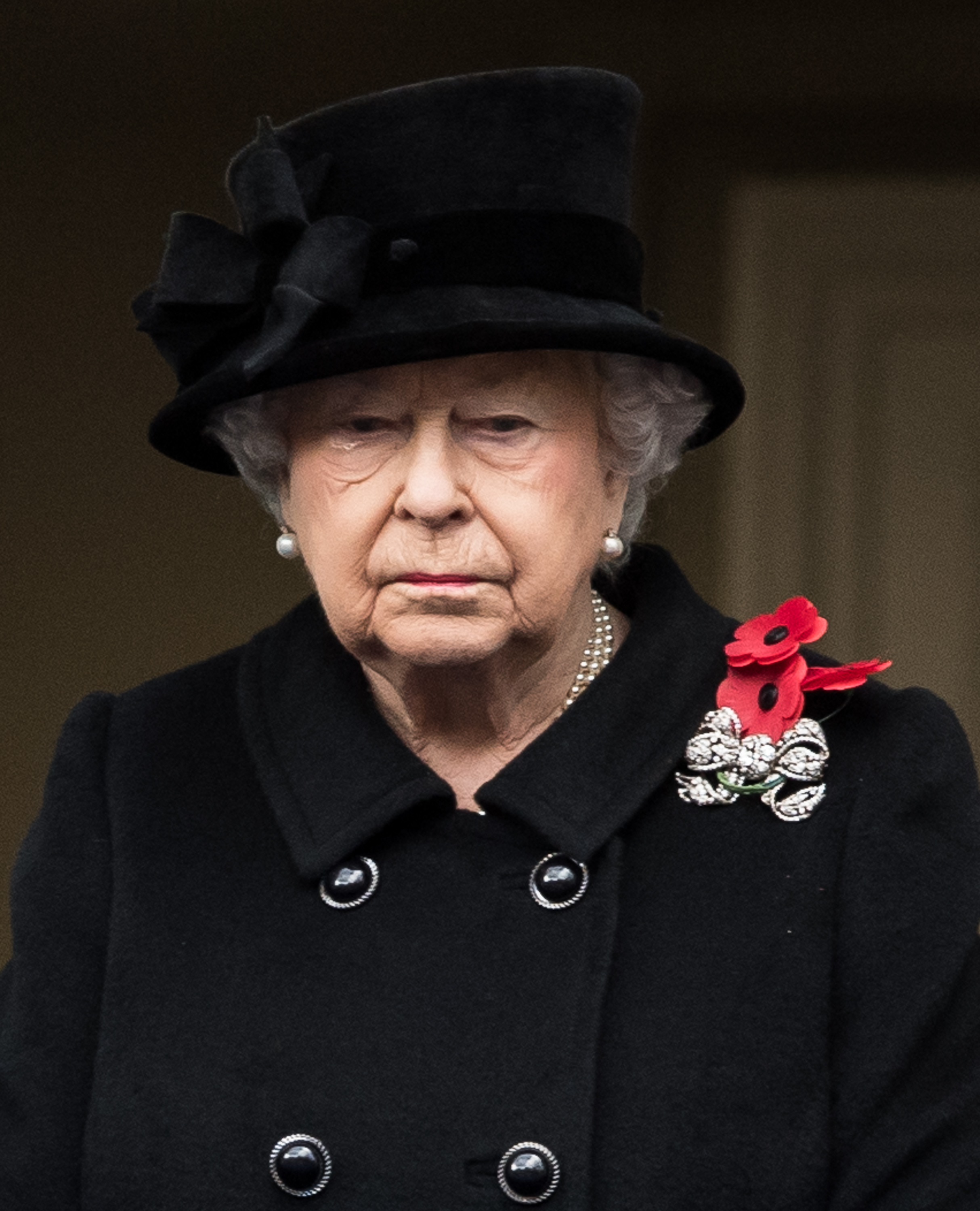 The Queen will have to sit alone at Philip’s funeral 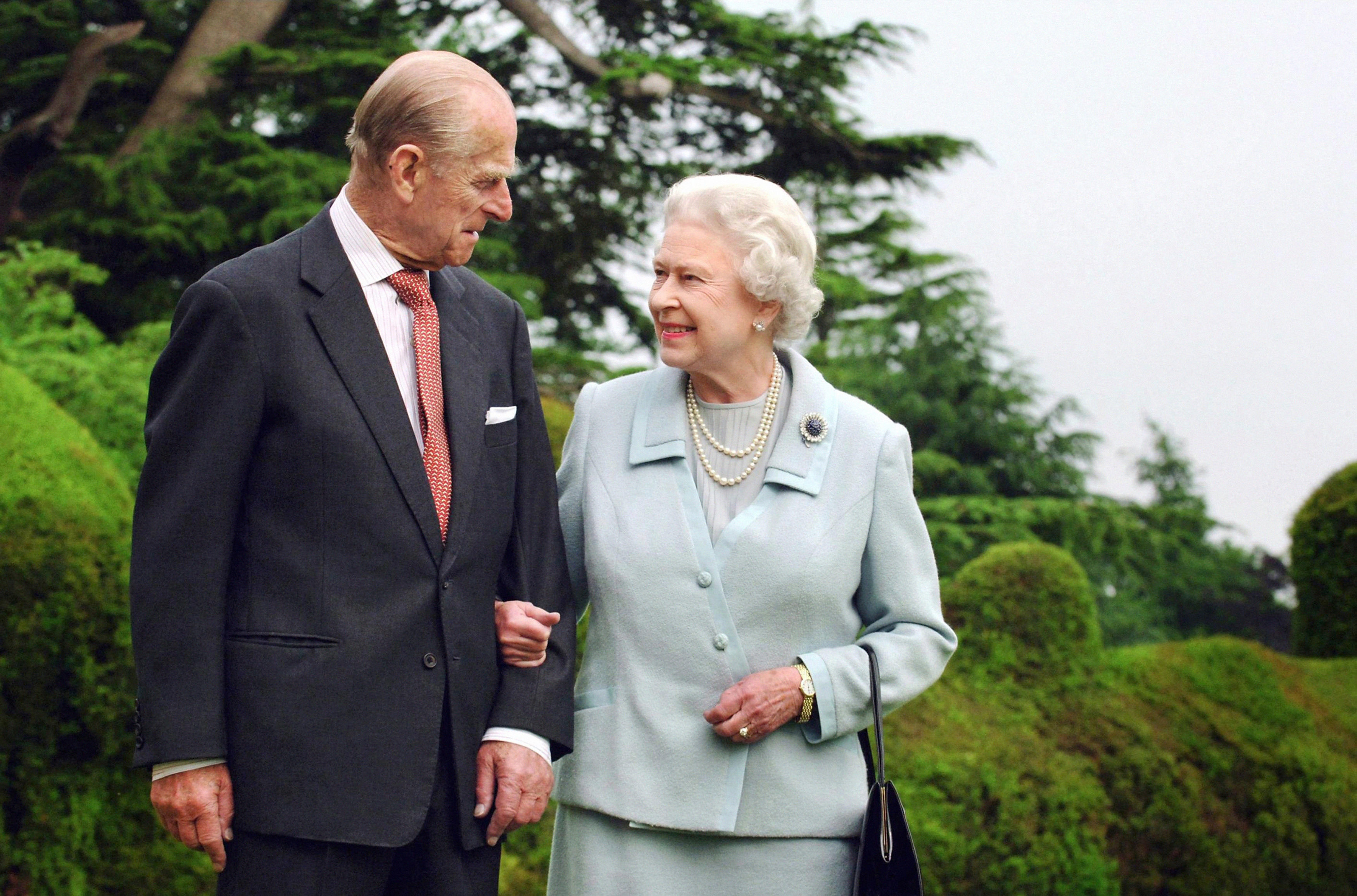 The Queen said she has been ‘touched’ by the support of the public since her husband Prince Philip’s deathCredit: PA

Lady Pamela, 91, was a bridesmaid at the Queen and Prince Philip’s wedding in 1947, and later served as a Lady in Waiting.

Sophie, 56, threw herself into royal life after marrying Prince Edward.

A friend reportedly said: “Sophie set herself a series of tasks. She learned how to ride properly and now rides with the Queen at least once a week.

“She took up carriage-driving to be close to Philip. She had her own series of scandals before her marriage when she was accused of cashing in on her Royal connections, but she calmly put all that behind her and has been an exemplary daughter-in-law.”

A former aide described the Queen’s relationship with Sophie as “like mother and daughter”.

The Queen said she has been “touched” by the support of the public since her husband Prince Philip’s death.

A Buckingham Palace spokesperson said on behalf of the Queen: “Her Majesty and the Royal Family are grateful for all the messages of condolence from around the world and have been touched to see and hear so many people sharing fond memories of the Duke in celebration of his life.

“The tributes received from young and old are truly a testament to the remarkable life and lasting endeavours of His Royal Highness.”

Her Majesty will have to sit alone at Prince Philip’s funeral after arriving in a Bentley with her Lady in Waiting.

She will be joined by her trusted companion on her way to the service on Saturday but will sit by herself when she gets to the St George’s chapel in Windsor.

The national anthem will also be played as guests arrive.

But the Palace hasn’t yet said who will accompany the Queen – and it’s understood they won’t form a part of the 30 guests at the ceremony itself.

Only a handful of the Duke of Edinburgh’s closest family will be attending the gathering due to strict Covid rules.

All mourners will have to follow guidelines and remain socially distanced during the service. 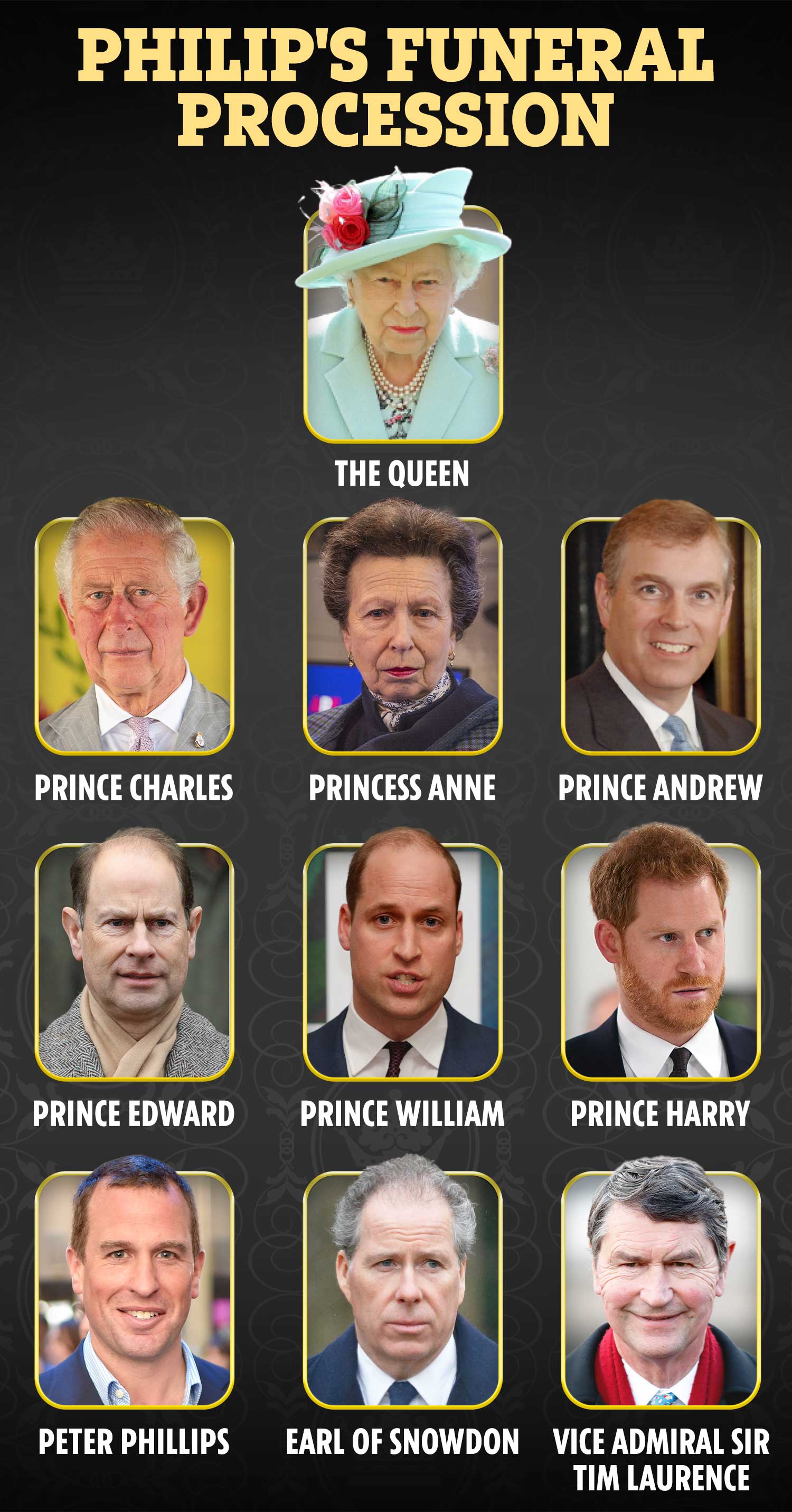