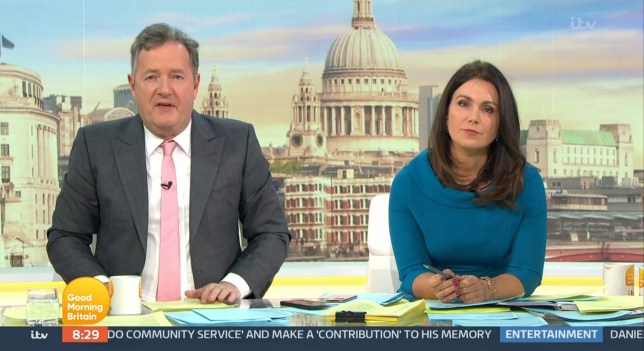 Before Piers Morgan’s exit from Good Morning Britain, some of the ITV show’s production staff had ‘expressed discomfort around debates they were asked to produce.’

The morning show and its former presenter have been criticised for past discussions about transgender people and their rights, with Piers famously declaring that he would like to identify as a ‘penguin’ during a discussion about gender neutrality in 2019.

Speaking to Metro.co.uk about the changes the show needs to make after his departure, Mermaids, a charity that supports young transgender people, has revealed that members of GMB’s production staff were left uncomfortable with the ‘debates’.

A Mermaids spokesperson said: ‘Mermaids is open to appearing on Good Morning Britain but it is often impossible to do so because of the nature and tone of the items being presented.

‘A number of production staff have privately expressed their personal support for trans lives and their discomfort around some of the ‘debates’ they are asked to produce.

‘As is the case on many platforms, the programme demands opposition and so-called ‘balance’, giving voice to people who refuse to accept the very existence of transgender lives.

‘It would be potentially harmful for our staff and service users to take part in live discussions when their very identities are openly mocked by presenters in the name of entertainment.

‘Piers Morgan’s infamous declaration that he was intending to identify as a penguin presents itself as an unedifying low point for a show that purports to be a current affairs programme.’

They went on to point out that it is ‘unreasonable’ to present anti-trans campaigners on the show in the name of ‘balance’.

‘Those determined to demonise and mock trans people are not equivalent to authentic charities and campaign groups,’ they said.

‘They may make great TV and offer compelling tweets, but such virality comes at the expense of the mental and emotional health of trans people, particularly children and young adults who already face bullying on a daily basis.

‘We would ask ITV to remember that Good Morning Britain is watched, not just by trans young people, but also by many adults who will one day work with, teach, parent or otherwise engage with trans people, and to encourage flippancy, derision and hostility causes immeasurable harm.’

In 2019, Ofcom received almost 1,000 complaints after Piers flew into a rage while discussing the gender neutral penguin that arrived at London’s Sea Life.

To Susanna Reid’s dismay, Piers announced he was now identifying as a ‘two-spirit penguin’.

Piers was later cleared and was not subjected to an Ofcom investigation at the time.

Last year, the presenter denied bullying after being embroiled in a ‘car crash’ debate on transgender rights and later took issue with being referred to as ‘cis[gender]’, a term which means that your gender corresponds with your birth sex (as opposed to being transgender).

He has previously denied being transphobic, saying on an episode of GMB in 2019: ‘Apparently I’m transphobic so despite spending the last four years explaining how I support anyone who transitions, and always have done, and completely support all what transgender people go through. 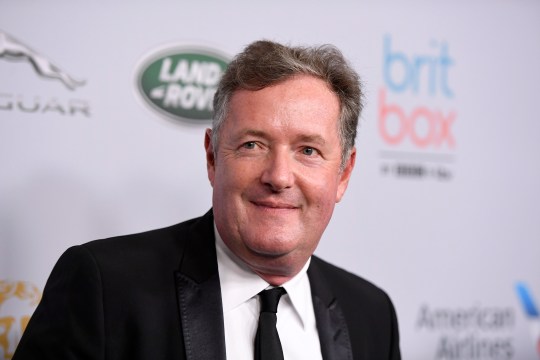 ‘It is an extremely difficult, emotional, psychological process. I’ve taken the position that if we suddenly start saying there is a hundred genders it does the people who have transitioned a grave disservice.’

‘It makes them look pointless, like why are they bothering, and I have been consistent on that position,’ he continued.

This week, Piers left Good Morning Britain after receiving 41,000 Ofcom complaints after stating he ‘didn’t believe’ Meghan Markle when she said she was suicidal.

The 55-year-old clarified his comments on mental health, saying: ‘If somebody is feeling that way, they should get the treatment and help they need every time.

For years, we have witnessed the often inaccurate and unkind treatment of trans people on Good Morning Britain. We hope the departure of their main presenter heralds better representation on @ITV’s flagship breakfast show. ð³ï¸ââ§ï¸

‘If they belong to an institution like the royal family, and they go and seek that help, they should absolutely be given it.

‘It’s not for me to question whether she felt suicidal. I wasn’t in her mind and that’s for her to say.

‘My real concern was a disbelief, frankly, and I’m prepared to be proven wrong on this, and if I’m wrong, it’s a scandal, that she went to a senior member of the royal household, told them she was suicidal, and was told she could not have any help because it would be a bad look for the family.

‘If that is true, A: that person, if they’re still there, should be fired, and B: the royal family have serious questions to be answered about how they handled it.’

Following his departure, Mermaids issued a public statement saying: ‘For years, we have witnessed the often inaccurate and unkind treatment of trans people on Good Morning Britain.

‘We hope the departure of their main presenter heralds better representation on @ITV’s flagship breakfast show.’

Mermaids is able to help trans people up to their 19th birthday.

You can also text ‘Mermaids’ to 85258 for free 24/7 crisis support all across the UK or make use of their web chat, which is open Monday to Friday from 9am to 9pm.