Good Morning Britain’s Dr Hilary has sparked Ofcom complaints after he told the pub landlord who kicked out Sir Keir Starmer to ‘stick to pulling pints’.

Rod Humphris, who runs The Raven in Bath, joined the ITV show earlier this month after he barred the Labour leader from his establishment during a heated row over lockdown restrictions.

The landlord spoke to presenters Susanna Reid and Adil Ray and explained his strong reaction to Sir Keir’s work during the global pandemic, stating that other countries have dealt with the health scare without complete lockdown.

Dr Hilary wasted no time in calling Mr Humpris out on his views on the episode, which aired on Good Morning Britain on Tuesday, April 20.

‘I think you should stick to pulling pints rather than advising the government about policy on the biggest pandemic and public health issue for the last 100 years,’ he said.

Television watchdog Ofcom has since revealed that viewers were not impressed by how Mr Humphris and 80 complaints were lodged. 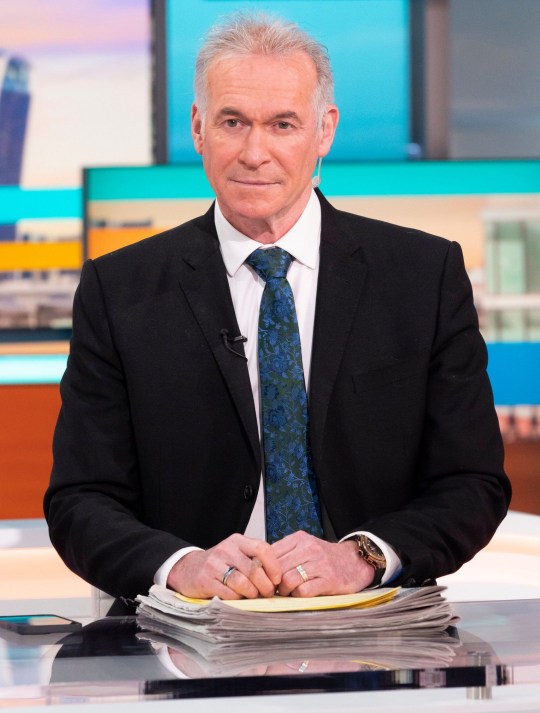 Elsewhere in the interview, Dr Hilary went on to list the latest Covid-19 statistics from around the globe before reminding that lockdowns prevent person-to-person contact which spreads the virus.

‘If you look at all the countries who did lockdown earlier and wanted to stay in lockdown, had better health outcomes and better economies,’ he continued.

Mr Humphris appeared on Good Morning Britain after he kicked Sir Keir Starmer out of his pub (Picture: ITV)

Viewers voiced their grievance at the interview on Twitter at the time, with one person writing: ‘Dr Hilary speaking down to people like that is so rude! Many drs & scientists are against lockdown as they don’t work long term!

‘The damage they cause is catastrophic and just kicks the can down the road! I’d expect better.’

Another added: ‘I agree with Dr Hilary but his tone was rather rude and patronising.’

Piers Morgan, on the other hand, was delighted by Dr Hilary’s take down.

‘Brilliant work by @DrHilaryJones, exposing that gobby publican for the callous ill-informed halfwit that he is,’ he tweeted.

What did the Health Secretary say in his announcement today, Wednesday, April 28?