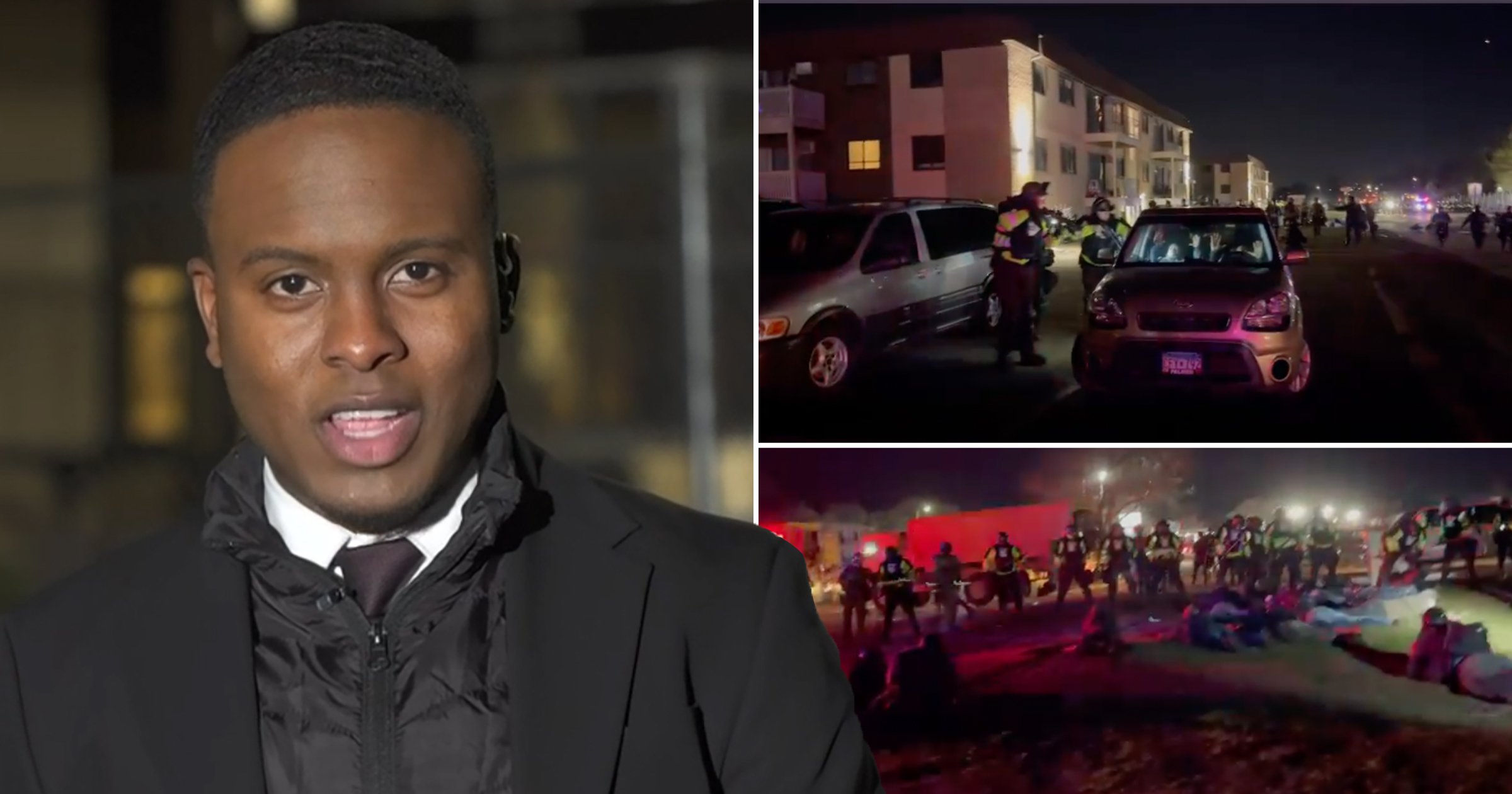 Good Morning Britain’s US correspondent Noel Phillips has revealed he and the TV crew he was with were detained by police during the protests in Minnesota.

Protests have been ongoing in Brooklyn Center for six days following the shooting of Daunte Wright by police around 10 miles from where George Floyd died last year.

Wright, 20, was fatally shot by police officer Kim Potter – who has been charged with second-degree manslaughter – after she claimed to mistake her gun for a Taser.

Phillips, who has been covering the protests, shared dramatic footage of the moment he and the crew were detained but later released by police.

He wrote alongside the clips: ‘Sixth day of protests in #Minnesota. This is the moment our crew were detained but later released.’

In the video clip, police can be heard instructing them: ‘Get down! Put your hands up. Take a knee.’

Phillps’s legs can just be seen in the clip as he kneels down, before the clip cuts to show protestors milling around with sounds that appear to be gunshots heard in the background.

Police in riot gear can also be seen standing by groups of protesters as lights from their vehicles flash in the background.

The current protests come after similar scenes last year following the death of George Floyd after a police officer knelt on his neck for nine minutes during his arrest.

The death of Wright also sparked protests outside the police department in Minnesota, with demonstrators throwing rocks and water bottles at cops, with Minnesota National Guard members and State Patrol troopers using tear gas and rubber bullets to control the crowd.

Potter, who had served the Brooklyn Center Police Department for 26 years, was charged with second-degree manslaughter which carries a maximum penalty of 10 years in prison as well as a $20,000 (£14,400) fine, the Twin Cities Pioneer Press reported.

Metro.co.uk has reached out to Good Morning Britain for comment.